FC/OC VS Battles Wiki
Register
Don't have an account?
Sign In
Advertisement
in: Characters, Male Characters, Fire Users,
and 5 more 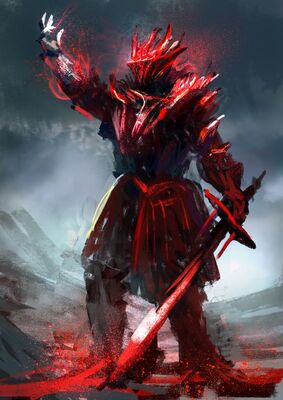 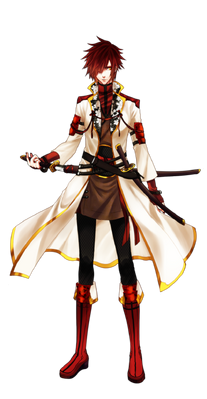 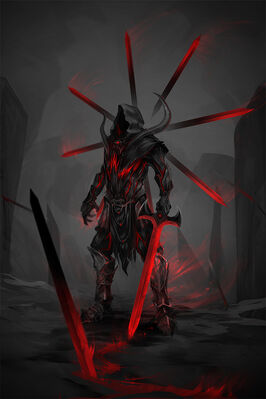 Name: Zak Fann, 'The Charmer' | War, Monster | The God of War, The Warmaster, The Unending War, The King of all Conflict, The Bloodladen, The First of Four, The Promise of Death, Na'Zul, The Wherein Wherethere Haswas Bloodfought, etc.

Age: 21 at the beginning of Horsemen, ageless by the end.

Attack Potency: City level (Comparable to a casual Mako, who's punches were stated to hit like a nuke), higher with an incomplete legion (Could contend with opponents who were capable of taking him out casually) | Multi-Continent level (Should be on par with the other Horsemen, all of which have been stated of being capable of razing planets) | At least Multi-Continent level, likely Planet level (Should be much stronger than before. Broke a planet apart with the help of the other Horsemen) | At least Solar System level (Matched the high ranking members of the Izali, whom were capable of blowing up entire star systems for fun), higher with Smite (Completely erases a person from existence regardless of their strength, power, or defence as long as their Authority is lesser than Zak's) | Solar System level (Shadows of War were compared to Valkyries, and were even alluded to have fought them in the past)

Stamina: High (Can fight for extended periods of time before being fatigued) | Nigh-Limitless (Was stated that Horsemen do not get tired, they get bored) | High | Limitless | Immeasurable

Intelligence: Although Zak may seem unintelligent, he is capable of locking swords with some of the best swordsmen and is the Horsemen's go-to tactical stratagist.

Soul Energy is energy that is projected from the soul and is used to perform deadly attacks. More proficient users of Soul Energy are capable of manifesting it as solid constructs or enveloping it in their weapons to give them elemental attributes or status effects.

Zak's Trait. War allows Zak to transfer his Soul Energy onto another person, making them go berserk and attack anything in their way. After mastering his Trait, Zak learnt how to use it to control people, instead of just making them attack blindly. Zak has used this to control half a camp of bandits and use them to attack the other half. One drawback of this ability however, is that the number of people being controlled is directly proportional to the amount of energy it takes to use it. Thus, it puts a strain on his body if he overuses it.

Zak's Trait manifestation. Zak becomes a demon of war, setting the area around him ablaze. The sheer heat of his presence is overwhelming enough to bring an army to it's knees.

After Hunter absorbed the Void and released the Izali's seal on the world, Zak was given unrestricted access to War's full power. This gave Zak access to even greater powers than his True War form. Like the rest of the Horsemen, Zak was given named abilities from the Origin of Creation. Said named abilities that he obtained were 'War', 'Rage' and 'Power'