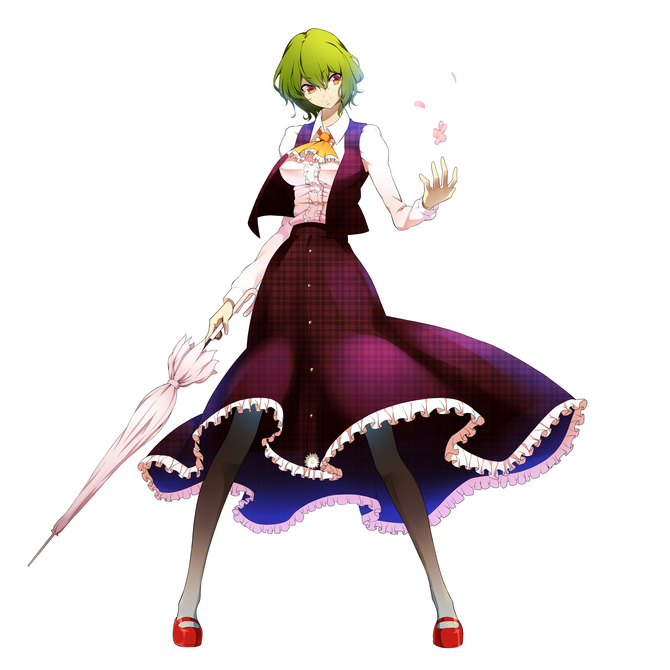 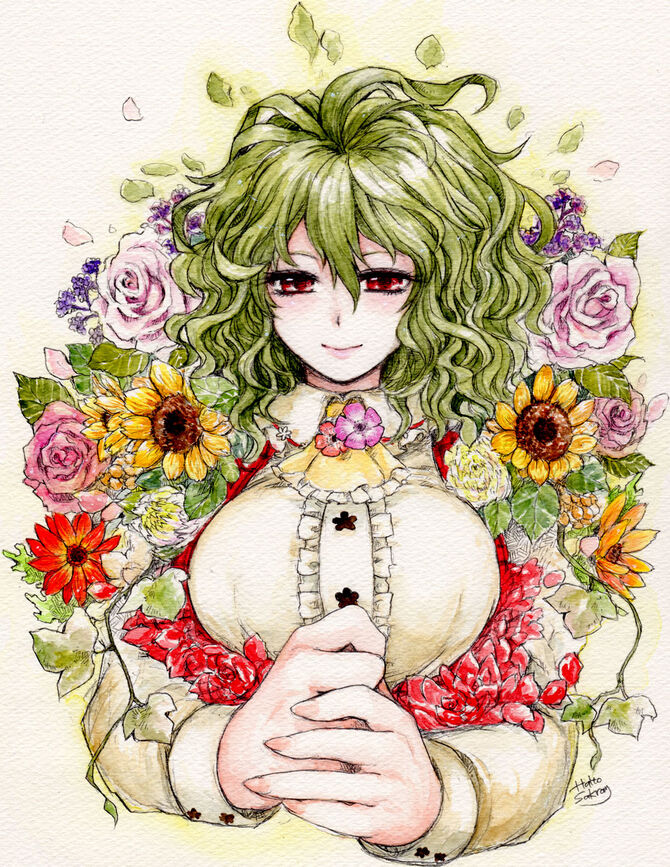 A tall woman for someone of her descent. Green hair that alters between long and short alongside red eyes don't make it easy for her to not be noticed.

She is feared, yet she is kind. Many people think differently of Yuuka but it's common to respect or fear her power. This leads to her thinking ill of her power and wanting to hide it as much as possible. This led to her moving towards Atlas on the first place and choosing to live a more peaceful life. Namely a life more bonded with flowers and being able to take care of them more.

Classification: Youkai, actually a Fairy? - Her classification as a being has been questioned but it has been confirmed that she's a youkai in the bare minimum associated with plants.

Values: Growth of oneself

Speed: High Hypersonic (Manages to react to being dragged through an underground sewer system the size of a mountain within a moment. Claims watching meteors is boring because they don't move) to Massively Hypersonic with wings (Reacted to lightning. Dodged natural lightning bolts) |