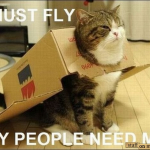 Hey there name's SchutzenDunkelZiel1217. Yeah I know it's a long name so you could shorten it to SDZ, SDZ1217, Ziel, etc. I'm a long time fan of Bleach. I've watched a ton of Anime and read a lot of Manga so I'm quite knowledgeable on them. I've read Marvel and DC for a long time as well but I don't really take part in matters concerning them for a couple of reasons.

Overall I'm a nice guy so if ya wanna ask me something or simply have small talk then I'm always open well whenever I'm online at least.

Anime or Manga that I've watched/read

I can't really remember the names of the others

In no particular order besides the top one

In no particular order besides the top one

In no particular order besides the Top Five

Retrieved from "https://fcoc-vs-battles.fandom.com/wiki/User:SchutzenDunkelZiel1217?oldid=26063"
Community content is available under CC-BY-SA unless otherwise noted.