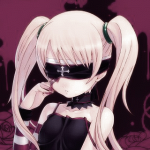 Starcross (Super well-made... I don't know much about the verse, but I really liked all the stuff I have read in it)

Centraplex (Lol my verse... I think I'm doing well with it so far)

Imouto-tan's stuff (I actually enjoy her works, they make me laugh and are much more unique and well made than a lot of the stuff on this wiki. The sexual stuff doesn't really concern me at all, and I hope they continue to make pages)

Phoenix is your average teenage boy. He is an otaku and spends most of his life sleeping, eating, on discord, and playing games. Phoenix has given himself the ability to play pretend as if he actually has powers when he really doesn't. Oh right he also makes profiles on this wiki so that's pretty cool!

Is a decent human being. Follows the general rules of social conversation. He can be a little toxic sometimes but it's nothing crazy. Many say he is fun to talk to, and even exceptionally funny at times.

Alignment: Chaotic Neutral (He does nothing to help the world... which is pretty chaotic tbh)

Hobbies: Phoenix talks to people on discord for like... half the day. Other than that: Youtube, Geometry Dash, etc

Powers and Abilities: Superhuman Physical Characteristics, Immortality (Type 3 and 8. Can not die as long as he is able to think), Regeneration (Low-Mid. Can regenerate as long as he is able to think), Genius Intelligence (Has an IQ of 147. Can solve math problems faster than the other kids. Being a VsBattles user automatically gives you genius intellect), Death Manipulation (Believes that every time he snaps his fingers someone randomly dies), Accelerated Development (Learns quickly), Photographic Memory, Life Manipulation (Can create life), Precognition (Sees the future in his mind before things actually happen), Martial Arts (Beat up a kid once and gained the ability to fight like Goku), Energy Projection (Can fire energy blast from his hands), Mind Manipulation (Can read minds and manipulate others into doing what he says), Attack Reflection (By saying "No You" he is able to redirect any and all attacks back at the attacker), Power Nullification (Can nullify abilities by saying "Nah Man"), and Dream Manipulation (Whatever happens in his day dreams will actually happen)

Resistances: Existence Erasure (Resisted himself deleting his account), Mind Manipulation (Crimson and Trunova were unable to affect his mind. Resisted the effects of being an Aqua worshipper)

Attack Potency: Large Mountain level (Destroyed a meteor that was heading towards Earth. This meteor was a third of the size of Texas), Small Planet level when trying (Created Mercury because he was forced too). Universe level+ level with the N-Word (Restarted the universe) | Human level (Was able to one-shot another normal human)

Speed: At least FTL (Stated to be able to move at speeds drastically faster than light). N-Word has Irrelevant speed (People who transcend time are unable to escape the N-Word) | Normal Human , possibly lower (Got blized in a race once)

Lifting Strenght: Multi-Galactic (Lifted Cortez whilst in a fight with him. Cortez has the mass of 3.697296e+197+ Solar masses.) | Above Average Human (Lifted a small boulder once. Also lifted a large piece of concrete. Limit at the gym was around 100 KG)

Retrieved from "https://fcoc-vs-battles.fandom.com/wiki/User:Phoenks?oldid=283365"
Community content is available under CC-BY-SA unless otherwise noted.