FC/OC VS Battles Wiki
Register
Don't have an account?
Sign In
Advertisement
in: Characters, Genderless Characters, Protagonists,
and 37 more 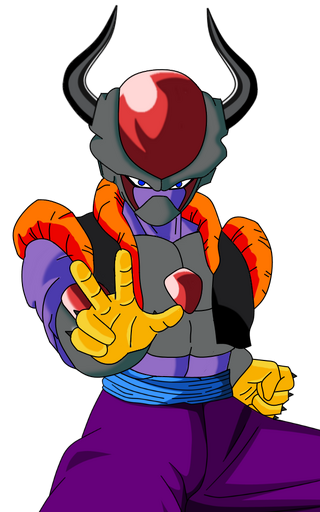 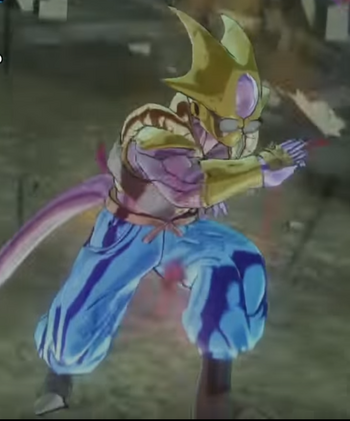 Toniced is the fused form of Tony and Iced using the Metamoran Fusion technique (the Fusion Dance). He is a fighter of incredible power and badassery, beyond that even of God Tony (before unlocking his ultimate potential), used to battle the combined forces of Omega Shenron, Super 17, and Baby.

Gender: Genderless (Referred to as male)

Powers and Abilities: Superhuman Physical Characteristics, Master Martial Artist, Ki Manipulation (Can be used defensively and offensively, to strengthen his skin or to fire ki blasts, which can home in on targets and form defensive barriers), Ki Sensing (Can locate others by reading their ki), Self-Sustenance (Type 1), True Flight, Afterimage Creation, Status Effect Inducement (Paralysis; via Frieza Race energy blast), Creation (Tony can create clothes by merely powering up, and Toniced should have the same ability), Body Control/Transformation (Recently, due to the respective power boosts of his two halves, Toniced has gained the ability to transform as well), Telekinesis, Earth Manipulation (Both Iced and Tony possess the power of the Stones, and logically so should Toniced), Longevity (Though given that the actual fusion lasts only 30 minutes, this isn't really applicable), Ice Manipulation (Should be capable of the Frostie Beam), Fire Manipulation (Should also be capable of the "Ball of Fire" attack), Air Manipulation (Capable of creating a damaging high-speed vortex via emulating Burter's Blue Hurricane), Genius Intelligence, Possibly Regeneration (High-Low when going up or down through forms; scaling from Frieza), Possibly Portal Creation (Any character equal or stronger than Super Buu should be capable of performing the Vice Shout through sheer strength), Statistics Amplification (Tony is capable of Kaio-ken, and so should Toniced), Energy Absorption (Possessing Tony as one half of his body and mind, should be capable of absorbing Universal Power), Natural Weaponry (Via horns), Accelerated Development, Resistance to Radiation Manipulation and Extreme Cold (Can survive unimpeded in the depth of space)

Attack Potency: Universe level+ (Wiped the floor with the immensely powered up GT villains, which were capable of humiliating even God Tony. Meanwhile, Toniced treated them as such a complete non-threat that he forgot about their existence several times throughout the battle. Considered the strongest character in the RSG Xenoverse series up until Tony achieved Ultimate God form) | Universe level+ (Although not properly explored, this form should put far above his previous one, both due to the increase in power of himself and of his halves) | At least Universe level+, likely Low Multiverse level (Far more powerful than before, and should likely be superior to even Ultimate God Tony by a significant margin. Effortlessly beat up a Dark Magic empowered Grotesque Fusion Zamasu, and would likely have destroyed him had it not been for his fusion running out)

Durability: Universe level+ (Largely unaffected by the attacks of powered-up GT villains, which were capable of severely harming God Tony and beating Super Saiyan 4 Gogeta into the ground) | Universe level+ (Immediately superseded by his Golden form, though should be superior to before) | At least Universe level+, likely Low Multiverse level (Far stronger than before, was not harmed much by an intense battle with an immensely powered up Grotesque Fusion Zamasu)

Stamina: Likely extremely high. As a fusion of Tony and Iced, he should possess superior stamina to both. However, given the fact that he defuses after 30 minutes, his stamina is ultimately irrelevant

Intelligence: Genius (Possesses the combined intelligence of both of his fusees, who are both expert fighters and brilliant scientific minds who nearly fully comprehend how the multiverse works)

Weaknesses: Likely possesses some of the cocky overconfidence of Tony, though toned down by Iced's more logical mind. Metamoran Fusion can only last for up to 30 minutes at the absolute most and using an excessive amount of power likely cuts down this timer by a significant margin.

Ki: The fighting power and life force of a martial artist, a tangible energy derived from the user's vigor, courage, and mind. It can be used in a number of ways, such as to surpass the limits of one's body to greatly increase in strength, and it can be fired as blasts of energy or used to create defensive barriers. Along with being a member of the Frieza Race, ki is the reason for Toniced's incredible superhuman abilities, and he is capable of condensing this energy into various techniques.

Frost Demon Physiology: Although not a monstrously powerful mutant like Frieza, Toniced, through inheritance from both of his fusees, still possesses several perks granted by his physiology, such as a prehensile tail, paralyzing ki blasts, and the ability to breathe in space. He also possesses the ability to transform into several higher forms to boost his already immense power.