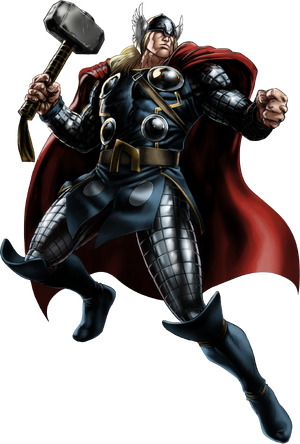 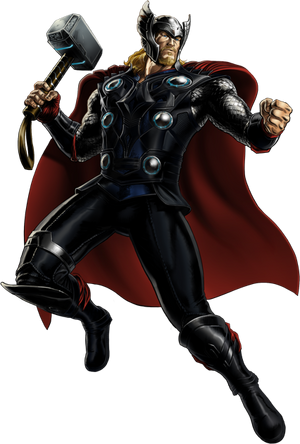 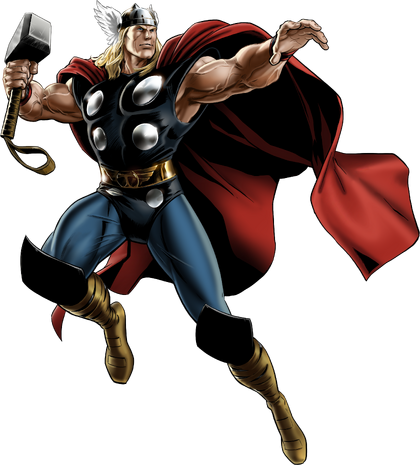 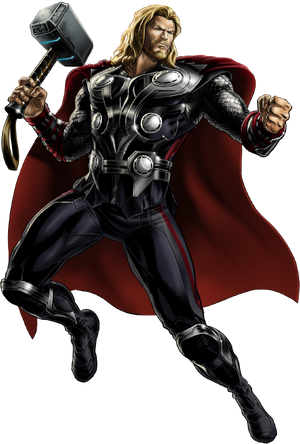 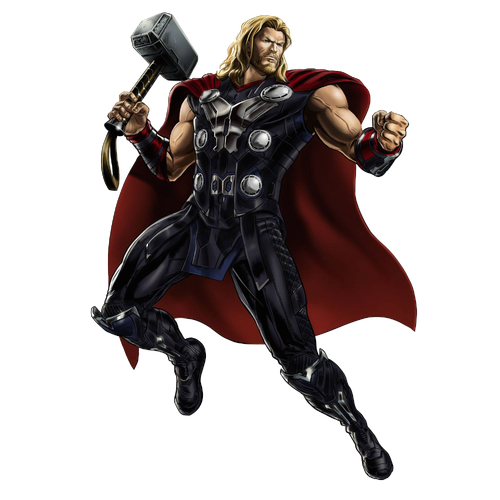 Exiled to Midgard by his father Odin, the Norse god of thunder, Thor walks among humanity to learn humility. It's not an easy lesson for him, especially not when he's practically invincible and armed with the divine hammer Mjolnir. A founding member of the Avengers, he fights a constant battle with his trickster half-brother Loki. Official Bio

Powers: Exceptional super strength and endurance even beyond the Asgardian average. Thor has evidenced a considerable degree of control over the weather, though whether that ability is unique to him or his warhammer, the Directorate offers no opinion.

Unique Weapon: Mjolnir, a warhammer subject claims is “enchanted.” Through unknown means it can only be wielded by one who is “worthy,” indicating some rudimentary artificial intelligence (requesting a tech-assess from Tony Stark). It also returns to Thor’s hand once thrown and appears capable of opening a dimensional gateway between our plane and Asgard.

Known History: Subject claims to be the Thor, that is to say the Norse God of Thunder worshiped since Viking times. The Directorate of Intelligence theorizes that the race known as Asgardians are a powerful species of transdimensional being, though if that in itself is synonymous with “god” is a question beyond the realm of consideration of this Agency.

Observations: “Whether Thor is a bonafide small-g god or just a really hot dude with a hammer makes for good dinner table debate, but all I care is that he’s fighting on the side of the angels against the bad guys.

“And if he ever switches sides, I’ll still take him down, no matter what his theological status. S.H.I.E.L.D. doesn’t give out special dispensations.”— Maria Hill Marvel XP Dossier

Same as Classic Thor, plus he can change between a blaster and bruiser stance

Same abilities as Modern Thor, plus a passive Electric Aura to himself which he can bestow to allies, and he can change between a scrapper and bruiser stance

Same abilities as Mighty Thor plus, Adaptation (When part of a team), Resistance to Fate Manipulation (Became strong enough to be unbound by the Ragnarok prophecy in which he was fated to die in battle against the Midgard Serpent)

Same abilities as Avengers Thor plus, further Resistance against Status Effects which he can Bestow.

Stamina: Godly. Has fought in large lengthy wars and didn't really need to stop for rest/sustenance with the exception of enjoying feasts for the taste and entertainment. Much higher in later forms, as he was stated to be one of those who could've gone the distance against World War Hulk and fought a war uninterrupted for 2 years straight.

Range: Extended melee range, at least hundreds of meters with lightning, Low Multiversal with Portals (Can open portals throughout the nine realms)

Weaknesses: Bound by the Ragnarok cycle, fated to die in battle against the Great Serpent (Surpasses and is unbound by this in his Avengers Key onwards).

Note: I will be comparing character to his 616 and MCU counterpart, so I'm giving credit since I will be taking some content from his page from here, here and here.

Son Goku and Vegeta (Dragon Ball) Goku's and Vegeta's Profile (Speed was equalised, Thor had help from Hulk, High 5-A versions were used and the fight took place on an unpopulated Earth)