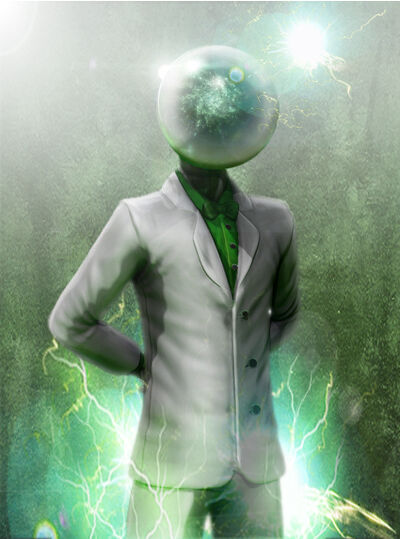 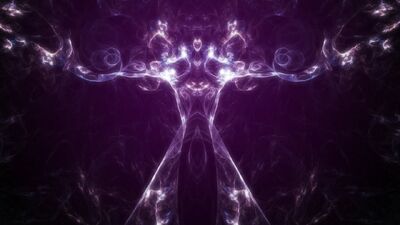 In the Beginning, there was a singular being, for before the Beginning there existed two. An entity of order and an entity of chaos. Destruction followed, and realizing their folly, the two entities merged into a singular one. With a single handwave in the timeless and empty void that stood, it said "Let there be Light!" Then the multiverse was formed.

Its avatars throughout the lower planes of existence have a white sphere for a head, a white tuxedo suit, green dress shirt, green bowtie, white dress pants, and white dress shoes. Its hands are usually folded behind its back, but that is because they are in a Schrodinger's paradox. They both exist and don't exist.

Its true form is truly stunning, being all that there is in the multiverse, for it is omnipresent.

Attack Potency: At least Outerverse Level (Transcendent of the Gods and multiverse but to an unknown degree)

Speed: Omnipresent (Everything exists within its mind, is everywhere in the multiverse)

Intelligence: Omniscient (Knows everything that has happened, is happening, and what will happen in the future. Every single being is just following its plan)

Retrieved from "https://fcoc-vs-battles.fandom.com/wiki/The_Ruinous?oldid=300486"
Community content is available under CC-BY-SA unless otherwise noted.