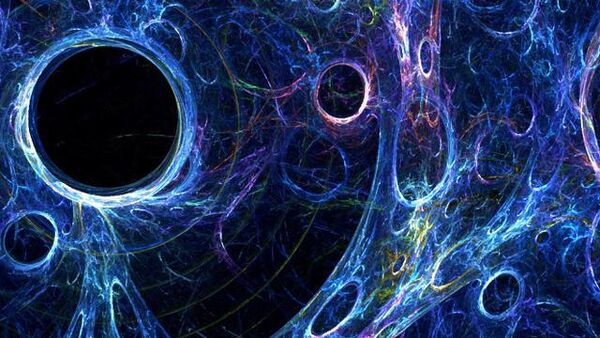 The Quintessence is the boundless state of unknown and the prime representation of irrationality, consisting of all things that are not encompassed by The Plinth’s ‘all possibilities’ as the “all things outside of everything” known as The Mind. Compared to the ‘all possibility’, what exists outside of ‘all things’ is of substantially greater magnitude, complexity, and variety, to the degree that not even the difference between zero and infinite are of proportion. A true infinite is achieved as it encompasses everything, as well as everything outside of everything, everything outside of that everything, continuing up to endless reaches as one can endlessly describe as ‘all encompassing’.

Attack Potency: Boundless (The Quintessence represents the state of irrationality and the idea of being unbound and unrestricted by any form of common sense, law, or logic. Completely transcends the entirety of an endless structure of thought where all levels of existence exist as the dreams of a higher level of existence, without an absolute high or low. Completely devoid of the aspects of a reality where each higher level of existence beyond a fractal of thought consists of an infinite quantity of the preceding degree of infinity, which in its entirety is encompassed by the Pith in which the Quintessence exists at an unfathomably great degree above)

Intelligence: Inapplicable. The Quintessence is completely devoid of any possibly characterization and can neither be described as sentient, mindless, or null.

Retrieved from "https://fcoc-vs-battles.fandom.com/wiki/The_Quintessence?oldid=260332"
Community content is available under CC-BY-SA unless otherwise noted.