Back To Main Page Credit to the person who made the video. 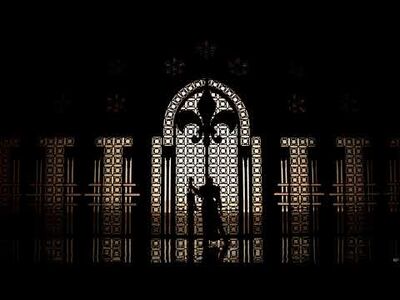 "The Inquisition is the only thing that matters. We are the keepers of the light. It is our duty to cleanse the world of the unclean and lead mankind back to righteousness. Without us, mankind would fall back into the dark again." -The Holy Inquisition.

"Purge The Unclean. Burn The Heretic. Fear The Unknown." -Motto 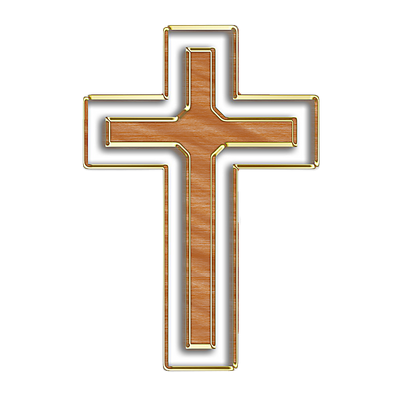 The Holy Inquisition is secret international organization formed under the spiritual representatives of the Abrahamic religions.They have similar goals of The Illuminati but are different on how they handle things. Their leaders are elite members of their specific religions and they remain to be spread out in the world.

The Holy Inquisition or simply The Inquisition, is highly zealous men and women who praises humanity as the rightful rulers of the world while other any non-human, especially monsters are considerable horrendous to their rule and is only worth for extermination.

The bishops around the world and the three unknown representatives of their religions are the main leaders of whom to decide what their next move is and the laws they put upon the organization.

The three largest religions of Western culture are Judaism, Christianity, and Islam all of which have Abraham as a historical origin. The name of the three religions come from the fact that they all have the same father, Abraham, who is revered as both the father of Judaism and a prophet of Islam. All three religions have many commonalities however they also have a lot of differences, especially when it comes to the teachings of the religion, historical figures, and holy books.

Regardless, they all joined forces with one goal in mind; kill every monster or heretic in keeping the world safe.

The Holy Inquisition is secret international organization formed under the spiritual representatives of the Abrahamic religions.They have similar goals of The Illuminati but are different on how they handle things. Their leaders are elite members of their specific religions and they remain to be spread out in the world.

The Holy Inquisition or simply The Inquisition, is highly zealous men and women who praises humanity, and god as the rightful rulers of the world while other any non-human, especially monsters are considerable horrendous to their agenda and is only worth for extermination.

Tier: Varies, Inquisition Division physically range in 9-B due to harsh physical training, while the rest of the divisions physically range in 10-B to 10-A, Miscellaneous vehicles and arsenal range from at least 9-C to 7-B,far higher with anomalous weapons, 2-A with The Holy Grail.

Classification: A international secret organization formed under the leadership's representatives of the Abrahamic religions. Sent out to cleanse any non-human under the name of god.

Age: Over 856 years since the early creation of the inquisition.

Superhuman Physical Characteristics,Indomitable Will,Cyborgization (Partial,The Inquisition have endure extreme training and replaced some parts of the body to gain superhuman physical condition),Regeneration and Longevity (Mid,Equipped with nanobots and mix of magic, the inquistions are capable of surviving in losing parts of their body and be still alive, in addition of regenerating lost limbs and injuries. However, the only downside is they have to wait for a day to regenerate a lost limb while healing takes only few seconds. They also gain the ability to live for thousands of years.) Weapon Mastery,Stealth Mastery, Vehicular Mastery,Explosion Manipulation,Acid Manipulation,Fire Manipulation,Holy Manipulation,Durability Negation (Every trained member have their weapons entranced by the holy churches to battle unholy beings by harming their souls.),Genius Intelligence (All of them are knowledge in the supernatural.),

Healing and Purification, (Unlike the librarians, they use healing spells in which most of the church members approved. Moreover, as exorcist, they are known to be hired in removing the evil spirits of others and themselves.) Social Influencing (Via Propaganda from their churches and torture.),Genius Intelligence (All of the division are knowledge in the supernatural.)

Superhuman Physical Characteristics and Indomitable Will (Ancient knights known to battle unholy beings that would make any sane mortal into the brink of fear. Otherwise, they are comparable to the hunters.), Immortality (Type 1. These were knights were bestowed by immortal elixir from king long ago in Jerusalem to serve him and the holiness of god.), Weapon Mastery (Have mastery of every known European weapons back during the medieval times.), Holy Manipulation and Power Nullification (The mere presence of knight will cause any unholy magic users to be disabled until the knight leave their sight. Furthermore, they armor and weapons are enhance with holy magic.), Resistance to Possession and Mind Manipulation (Resisted psychic and possessed attacks by sheer will.)

Law Manipulation,Conceptual Manipulation,Subjective Reality,Reality Warping,Space-Time Manipulation (With drink of the holy grail, they can see the strings of the infinite multiverse; able to manipulate them at their own leisure.)

Attack Potency: Varies, They range from Wall level to Street level (With conventional weaponry), far higher with anomalous weapons,Unknown with reality warping,Multiverse level (With a sip of the holy grail, the person is imposed to have the power of controlling entire realities at his/her leisure.)

Range: Completely varies from Stand Melee Range to Multiversal with the Holy Grail and Portal Creation.

Military Prowess: Every division have specific role in the Inquisition that are entrusted to perform various roles and proficiency of the mission.

Weakness: Highly fanatics and arrogant of their beliefs due to the growing corruption of their organization. Willingly to butcher anyone who insults their religion or beliefs. The Red Knights are outdated, using medieval weapons and are prone to dislike in using technology or any sort of firearms due to preferring in getting closer and personal with their melee weapons.

The Hunters: Holy men and women who took the mantle of purging paranormal places including monsters. They have varied weaponry, from melee weapons to firearms and wears gloomy trench coats and cone hats to show their status. 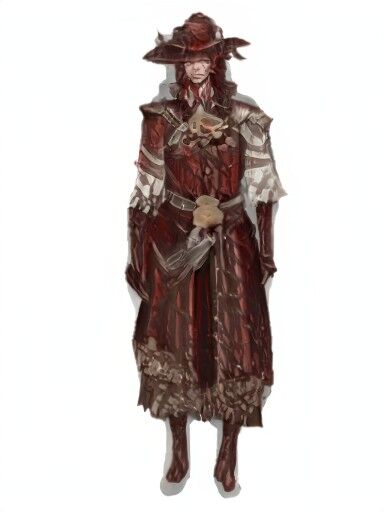 The Librarians: Devoted members of the Inquisition, willingly to use and learn magic despite the uneasiness and hatred from other members of the church. 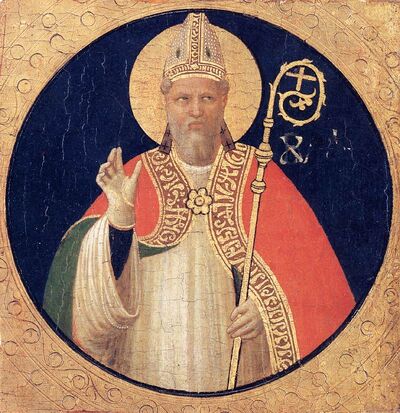 The Holy Exorcists: Exorcists filled with deep zealous and conviction of the Inquisition's goals and God's will. They save others by exorcising possessed individuals and healing the injured. 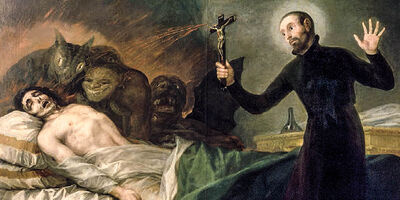 The Red Knights: They are ancient, immortal knights that had once served a king long ago in Jerusalem. These phenomenal holy knights are sent into dangerous missions. 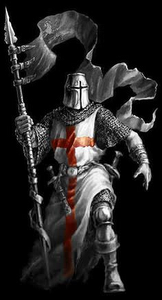 Retrieved from "https://fcoc-vs-battles.fandom.com/wiki/The_Holy_Inquisition?oldid=316234"
Community content is available under CC-BY-SA unless otherwise noted.