FC/OC VS Battles Wiki
Register
Don't have an account?
Sign In
Advertisement
in: Tier 8, Unknown Tier, Male Characters,
and 17 more 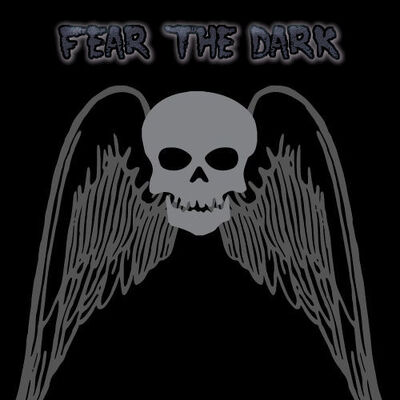 Disclaimer: Credit to Raybean and Eclipse who made this table code.Credit to the person who made the music video. Character pic is owned by me, bought it from fiverr. 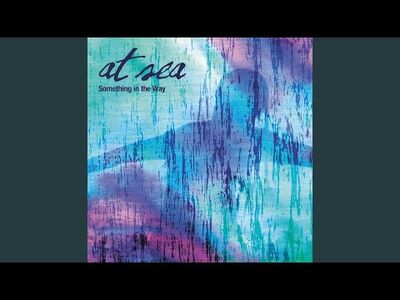 "The worst of all is the fact that these people are not afraid of me, and that is what I cannot stand. They say that ignorance is blind, but it must be able to see the evil that is inside of these demons. I will not rest until the world is free of this plague, no matter how long it takes. Even death won't save them."

The Harvester is violent vigilante and later turned anti-hero after the influence and fight with Rupert. Driven by the death of his pregnant-wife and pet dog, from honeymoon gone wrong. He was then resurrected from his graves and were driven with vengeance towards all criminals. Previously prefers to kill them, now the somewhat reformed man hunts down evil doers in the use of every brutal ways without killing them; from shooting their limbs, torturing them and beating them to near death.

Tier: At least 9-B physically to 8-B with weaponry, likely far higher with preparation.

Powers and Abilities: Superhuman Physical Characteristics,Indomitable Will (Is extremely determined at what he does as he refused to back down even beings who are stronger than him and won't hesitate to kill his opponents if he is about to die or lose.), Weaponry Mastery,Martial Arts (Has mastered all forms of human martial arts and weaponry.), Stealth Mastery (A absolute master of stealth, he is capable of disappearing and hidden from the likes of Rupert. He is also a master of disguise and as skeleton, he is capable of building new identities of disguising himself as human or other races.),Genius Intelligence (Is excellent detective and criminal psychology,has able to accurately pinpoint people's behaviors and actions by reading their body language and collecting physical evidence or searching records in databases.), Hacking, Disease Manipulation and Preparation (His greatest strength is the usage of hacking databases while learning people's weakness to exploit them in any necessary-means to take them out. With enough time, he can create a special ammunition of bullets that once strike will make the target experience all of the known diseases from earth.), Self-Sustenance and Inorganic Physiology (Type 1,2 and 3. He is literal skeleton doesn't require the need to sleep, breath or eat.), Immortality (Type 1, 3 and 7.) and Fear Manipulation (His glowing-red eyes isn't for show. When one is forced to stare at his eyes long-enough, they will turn them into the brink of fear and some cases, insanity.), Darkness Manipulation, Intangibility, Shapeshifting and Summoning (Can transformed into mist of darkness that allows him to fly and also teleport to nearby dark areas around his vicinity at will. Moreover, this transformation gives him level of elemental intangibility. He can take any forms and conjure minions from darkness itself.), Unholy Manipulation and Resistance Negation (Wields a spear name "Spear of Volition", which is mockery of the holy artifact "Spear of Destiny." This Spear was given by Nyarlathotep himself after Harvester's paranoia about Rupert overtake him. This spear is said to be able of piercing through the pure hearts of holy men, this weapon is one of the few unholy artifacts that can truly kill Rupert for good.), Holy Manipulation and Explosion Manipulation (His guns contains silver and explosive rounds that can harm the undead as well cause dismemberment and pain to those were unlucky to get shot.), Precognition and Instinctive Reaction (Can accurately predict their next movement of his opponent from reading their body language. The years of fighting have gained him a sixth sense that warns him before attack hits him.), Dimensional Storage and Pocket Reality Manipulation (Owns a personal pocket dimensions of pure darkness that he can instantly store or conjure items and brings his enemies to torture. Though, he has to make physical touch with them in order to teleport the person into his pocket dimension; He rarely does this but will use it as last resort.), Pressure Points, Social Influencing and Psychometry (Knows every point of the human body to cause as much pain as possible. His reputation as the agent of vengeance and the methods of punishing evildoers strikes fears. As the world's best detective, he can deduce and visualize accurately in what just transpired within the crime scene.), Limited Regeneration and Possession through Biological Manipulation (Type 1 and High-Mid, needs to absorb darkness and be in area with little or no light to store an energy of darkness to instantly regenerate any lost limbs. Able to posses someone through turning into a mist of smoke and entering into the person's nose or mouth, having the ability to harm and outright cause destruction to one of the host's organs including the brain.), Resistance to Pain Manipulation and Disease Manipulation (Lacks any vital organs or nerves to feel pain. Also, he is skeleton.)

Attack Potency: At least Wall level with physical punches and kicks,Street level to City Block with various forms of weaponry.

Speed: Supersonic+ reactions and combat speed (Was able to react and dodge incoming bullets and dodge them easily.)

Lifting Strength: Class 1 (Can easily rip a person's spine from their back.)

Durability: Small Building level (Took a non-lethal punch from Rupert and was sent flying through a construction house)

Stamina: Limitless (Is undead creature and has never been shown to rest nor eat in that matter.)

Standard Equipment: Commonly uses various guns and weapons depending on the mission.

Intelligence: Extraordinary Genius. Proficient in all sorts of military training of the entire globe. Has mastered nearly 127 different martial arts styles and had read every book in the world. Considerably to be the smartest detective in the world as he is capable of knowing of what happened from the scene just through the smell of the air and analyzation of the surroundings. He is also a master gunsmith, able to deduce what type of gun and ammunition from mere glance, and occasion buys or gathers materials to create more firearms.

Weaknesses: Vulnerable to any holy and light based powers due to being undead monster. After being defeated by Rupert, he became rather merciful as he preferably to critically injure his enemies than to kill them. (Though, most of them are beaten to bloody pulp, lost one of their limbs or almost near to death.)

His fear manipulation requires the person to be forcibly stare at his eyes at close range for couple of seconds, and this doesn't work on beings who have incredible willpower. His darkness manipulation won't work on areas that has sunlight. The spear of Volition requires him to get close to the person and stake them. Possessed host with strong willpower are able to remove Harvester from their body.

He doesn't know the pressure points on monster-kind, only humans.