FC/OC VS Battles Wiki
Register
Don't have an account?
Sign In
Advertisement
in: Locations, Fallout Equestria (verse), Mature,
and 8 more

View source
This page's content has been marked as 18+.
This page contains sexual or otherwise graphic content that some may find disturbing and that should only be viewed by those over 18 years of age. If you are under 18, you shouldn't be viewing this page.
WARNING THIS PAGE CONTAINS MASSIVE SPOILERS FOR FALLOUT EQUESTRIA: PROJECT HORIZONS! 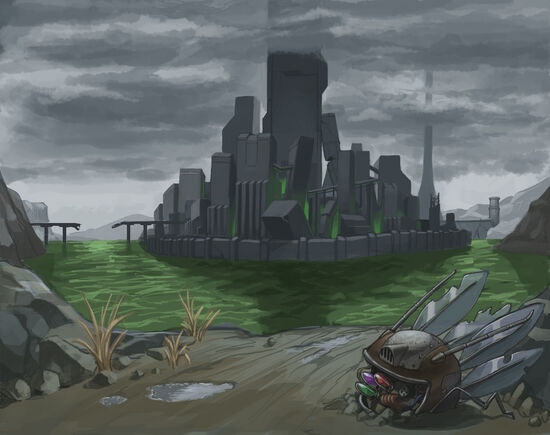 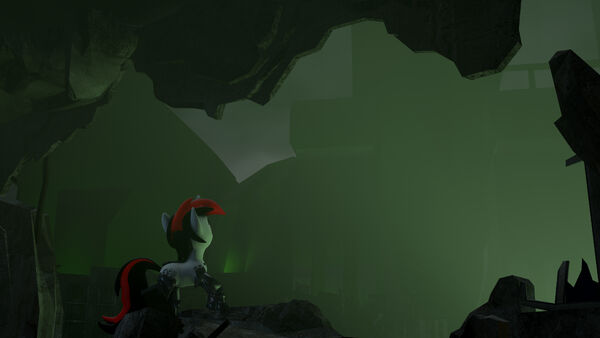 Fallout Equestria created by Kkat
The Core, and Project Horizons created by Somber

Following a battle that shook the very universe as a whole, the remnants of the dark one, screamed it death filled song as it plummeted to the nearby planet Equus in agony. The Star Being wrecked all life on the planet and in the area surrounding its crash site. In the 80,000,000 years that followed it quietly hummed its song of death and unison from the now tainted planet, still living on as an affront to the universal laws against immortality. Though try as they might, a group of stars that attempted to silence this Eater of Souls, shooting themselves at its resting placed. The Eaters strength however proved too much and they were forced to split dichromatically before dying. Spiritually reincarnating as two Alicorns, Celestia the Sun God, and Luna, Princess of the night.

The Eater of Souls, feeble in its current form, needed to maintain itself in the meantime with the souls of the living that this planet provided. It whispered its song to various ponies, and zebra alike, drawing them to its resting place with illusions of providing them great hope in their ambitions. Eventually The Eater was able to bring Luna into its social circle, slowing pulling at her strings to build upon its resting place a city, the city of Hoofington. This city would play host to new innovations, that though pure at first glance bore dire, philosophical implications. Eventually the higher populace of Equus fell under its strings as The Eater manipulated the final necessary plans for its resurrection. In the end however, the apocalypse came before it was able to see these plans through proper.

Now The Eater lies dormant in the decrepit festering city, eating away all life that would come to surround it.

Classification: Religious Center, Landing site of an Eldritch Horror from beyond the stars.

Environment: Enervation ridden underground wastes composed of abandoned buildings and sentient technomagic, Can be willingly altered by The Eater of Souls to raise itself above ground should it desire.

Passive Effects: Magic, Soul Manipulation/Destruction, Life Manipulation, Radiation Manipulation. Biological Manipulation. Technology Manipulation, Death Manipulation (Due to the effects of Enervation and effects caused by The Eater of Souls presence.) Empathic Manipulation and Social Influencing (Being nearby or in the presence of The Core will want to make those susceptible to it's abilities want to get closer to it or stay near it, despite knowing of its dangers. When Blackjack attempted to call her friends to come get her and Boo out of the core during the time skip she eventually passed on doing so each time out of a unfathomable sense of joy that'd arise to persuade her not to each time.) Power Nullification of Telepathy, and Mind Manipulation (The Goddess could not control any Alicorn located in areas with Enervation, likewise, Alicorns and Magically adept Unicorns also lose access to these abilities when in these areas.)

The Eater of Souls (The immobile being responsible for the areas abilities.)
Legate Vitosius
Cognitum
Blackjack (For a 2 month time skip.)
Boo (For a two month time skip with Blackjack.)
Various Technomagical creatures born to dispel intruders and passerby's

Star Metal, used to compose Star Metal weaponry such as the Star Metal Sword, Star Blaster, and Folly's silver bullets can be found and mined here, should the conditions for its structural alterations be met.

Note 1: This is the resting place for The Eater of Souls, an undead star and the stories ultimate conventional villain. Eventually this area was completely decimated when Blackjack successfully killed The Eater of Souls through causing a chain reaction similar to that of Trottenheimers Folly but on a much grander scale.

Note 2: The Magic that The Eater of Souls presence permeates through this location can be fully resisted by carrying a Moonstone, which itself is an opposing substance created from the essence of other star spirits to counter The Eater. In addition, strong, united, positive emotions such as those potentially given off and produced through The Elements of Harmony, can quell the locations more dangerous aspects momentarily.