Dreams and ambitions...They are very short. However...I'm not ready to die...Not until i wake up from a dream... Thavidu before his battle against Phrozenflame

Thavidu is the main protagonist in the PhrozenFlame RPG Series. He is considered an artificial human created by Scar, using the DNA of ex-Scar Co scientist and major antagonist, Vex. His name is found out after a battle against Proto man X 2500.

Thavidu has the looks of that of between late teens to his early 20s. He has white spiky hair with light blue highlights and ocean blue eyes, and He wears a light blue half-sleeved T-shirt above a dull blue long sleeved T-shirt that covers his arms all the way to the wrists and fingers. He has metal plates on the sleeves that cover the back of his palms. He also wears grey pants, and carries his Dual Buster Swords on his back.

Thavidu is shown as a cheerful, calm, kind and adventurous person. He always loves to help others and accepts any challenge that comes in contact with him, even if it would put his life on the line.

In battle, Thavidu is very respectable, always fighting fair and square against his opponents, even if his opponents are cheating. Thavidu is also quite adventurous. Always loving to have adventure and exciting moments.

Name: Thavidu, The Breaker, The Key of The Phrozenflame

Age: About 3 weeks old, likely older. Between his late teens to his early 20s (Biologically)

Attack Potency: Building Level (Destroyed Scar's Newgrounds Tank) to Multi-Continent Level (Defeated Vex before he became one with Phrozenflame), potentially Large Planet Level to Multiversal Level (Defeated the Phrozenflame after Vex fused with it, and forced Vex to defuse from it before destroying the Phrozenflame's core), likely High Multiversal Level to High Hyperverse Level (It should be noted that the Phrozenflame has eternal and infinte energy, and that it also does not control the energy around the entire universe only, but also around multiverses and outerverses as well, Defeated LenZ, who is supposed to be the manifestion of the true essence of his powers, a.k.a the Phrozenflame), Tends to ignore conventional durability by slashing through space

Speed: Massively Hypersonic+ (Mach 1693+, Dodged Scar's homing rockets and grenades at point blank range) to Massively FTL+ (Kept up with Vex before he fused with the Phrozenflame), potentially Immeasurable (Blitzed the core of the Phrozenflame, Matched LenZ blow for blow)

Durability: Building Level (Had Scar's Tank running at him, and he survived it without a scratch) to Multi-Continent Level (Took hits from Vex before he fused with the Phrozenflame), potentially Large Planet Level to Multiversal Level (Took hits from the Phrozenflame after Vex fused with it, Took hits from LenZ and his summons), likely High Multiversal Level to High Hyperverse Level, Also, Immortality, Regeneration and his Immunity to all of the supernatural abilities makes him nigh-impossible to kill

Stamina: Limitless (Has never been shown to get tired in combat due to his connection to the infinite energy of the Phrozenflame)

Intelligence:  Thavidu has shown immense and potent skills in combat and swordsmanship. Despite having no experience since he was created recently. He has also shown to be capable of adapting to his surroundings, and formulate plans while in the heat of the battle. However, what's considered to be the most dangerous trait of Thavidu is his unpredictability. He had shown to trick people like Vex in battle, making him the strongest character in the entire game

Dual Buster Swords: Thavidu's main and only weapon. It takes the shape of two blue, single-edged long buster swords. These swords were created in Scar Co., and they are practically indestructible, capable of cutting through anything. Thavidu can use them in conjugation with his elemental attacks.

Elemental Manipulation: Due to having been created by Vex, Thavidu has the ability to use elements of nature as his weapon. By so far, he is capable of using fire, ice, lightning, wind, and hellfire.

Fire Dunk: Thavidu flies to the air, using his fire affinity as orange orbs surrounds him, before he descends to the ground, slamming his swords into the ground, making a fire orb appear on the enemy and explode, causing damage.

Ice Orb: Thavidu uses his ice affinity as light blue orbs surrounds him, then after gathering energy, he unleashes it from his swords in the shape of a freezing orb of ice, freezing his opponents.

Magic Bolt: Thavidu uses his electricity affinity to gather lightning around him, before unleashing it in the shape of a whitish-blue lightning bolt from his swords, electrocuting his opponents.

Vortex: Thavidu compresses wind around his opponents in a greyish-white dome using his wind affinity.

Blaze Wave: Gathering hellfire around his form, Thavidu unleashes in the form of a violet colored fire from beneath the ground.

Healer: Concentrating his energy, Thavidu can heal himself in the midset of battle, as a glitter falls on him after he builds his energy, recovering about half of his health.

Time Breaker: Due to his link to the Phrozenflame, Thavidu has the ability to stop and slow time in order to attack his enemies. He can maintain this ability as long as he wants due to the eternal energy he possess from him being an artificial being created from the Phrozenflame.

Core Attacks: Thavidu's strongest sets of attacks. As well as his finishers in the game. There are four attacks that Thavidu has:

1- The Wheel Of Fate: Thavidu gathers the potent energy inside of him, transforming into a white version of the Phrozenflame. A Zodiac circle appears above him as lightning streams comes raining down from his form on the Zodiac circle. He then unleashes his two swords at the circle as the two swords stabs themselves into the two sides of the circle. The white version of the Phrozenflame disappears, leaving Thavidu floating above the circle. Finally, the screen turns white and cracks, before breaking down like glass, releasing additional accumulated damage on the opponent.

2- Render Of Reality: Thavidu takes a battle stance, before delivering a kick that cuts down a large slab of the earth, where the opponent is on. He then unleashes a lightning bolt on the earth slab, destroying it to pieces. Thavidu then jumps on the slabs to reach the enemy, and when he reaches them, he gathers wind energy around him before unleashing it in the shape of a massive vortex that engulfs the enemy. Afterwards, the screen cracks before shattering like glass, releasing additional accumulated damage on the opponent. The additional accumulated damage given in this attack is more powerful than The Wheel Of Fate.

3- Final Core Flurry: Thavidu's second strongest attack. In this attack, he gathers immense amounts of energy, revealing the true form of the Dual Buster Swords: One is a fire sword, and the other is an ice sword. He then floats into the air, and creates infinite amounts of his two swords around him. He then commands the swords to fly at the opponent, exploding upon contact with the target. At first, it flies towards the enemy at a slow pace, before the screen cracks in the same fashion as his two former Core Attacks. Then the swords increase in number and speed, and after a while, the screen turns white again, before cracking and shattering like glass, releasing additional accumulated damage on the opponent which is far more powerful than his former two Core Attacks. This attack was enough to obliterate the Phrozenflame.

4- The Final Flame: Thavidu's strongest core attack, as well as his trump card. This allows him to summon the Phrozen Dragon, which then charges energy in his mouth, before releasing it in the form of a light blue energy ball. The energy ball then minimizes, before expanding at a high rate and exploding, giving the enemy an extremely large amount of damage. This attack was powerful enough to defeat LenZ, who was supposed to be the true manifestion of Thavidu's powers (a.k.a The Phrozenflame). 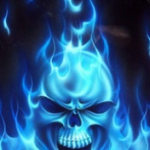 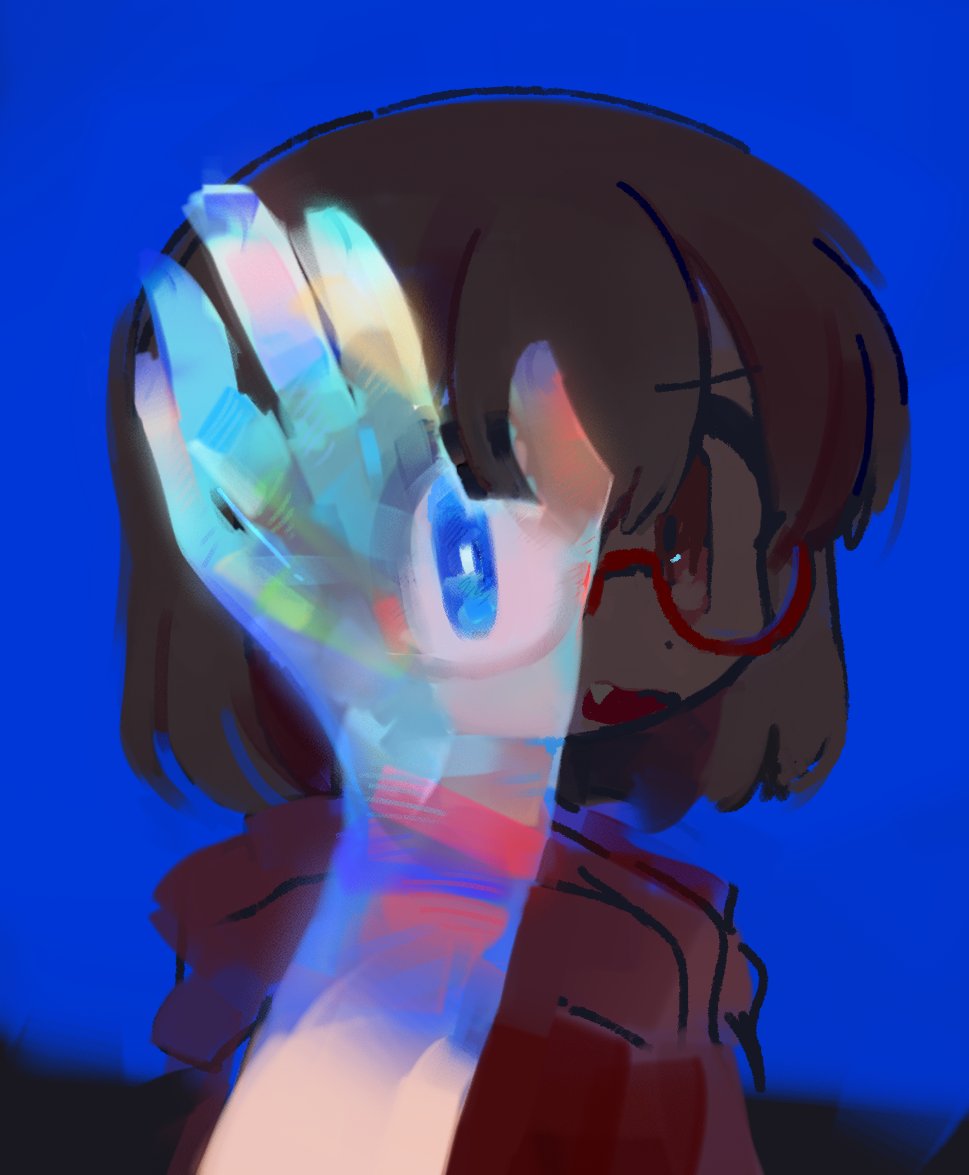