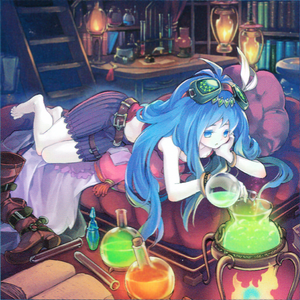 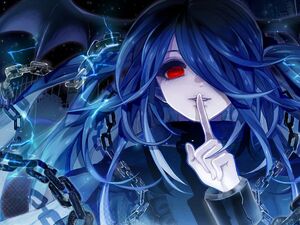 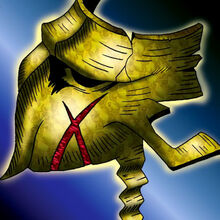 Stephanie Beauregard is a stand user who served an important role over the course of the Paradise City roleplay. Originally a citizen of the Bermudan Island, Stephanie went to America on a vacation so that she could work on several of her inventions. This was when she met several other stand users, and would later join them to become the group known as the RV Crusaders.

Over the course of her journey, with the end goal being to stop the criminal organization hunting them down, Stephanie's stand, Every Breath You Take, achieved a second ACT, and she was eventually forced to turn into a vampire in order to save her life.

Stephanie is consistently and rather obnoxiously downplaying the abilities of those around her. She isn't exactly narcissistic but she's bordering on being completely full of herself. This is due to the fact that she is a very intelligent woman and therefor views everyone else a little bit less than her. She can, however, find equal footing with those she deems having the same intelligence as her.

She's not exactly anti-social or thinks that interacting with those less intelligent than her is a waste of time, however. She simply doesn't view them with as much respect as she should. Stephanie is capable of working well in a team, unless other people on said team have shown to be incapable of working as a group, or specifically get on her nerves, such as with Joe Wright, with his constantly aggressive personality getting on her nerves more than once during the journey.

Stephanie, for the most part, is a creative mind and is capable of thinking on the fly to get herself out of situations, and she knows how to use her stand to the best of it's abilities. Stephanie can falter at times when in high stress situations, but she's always been shown to come back on top when she really needs to.

Marital Status: In a relationship (With Nicholas White)

Extrasensory Perception (Capable of seeing ghosts and souls among some other supernatural forces that are normally invisible), Weapon Mastery (Is capable of shooting her bullets at multiple different trajectories to ricochet her bullets off of multiple surfaces. This is accomplished via the use of her stand), Genius Intelligence, Aura and Summoning (Of her stand), Limited Power Bestowal (Can allow others to wear Every Breath You Take, allowing for a full range of it's powers. Is capable of allowing her allies to see a radar-like graph to point out enemies in the surrounding area). Every Breath You Take has Non-Corporeal (Stands are the incorporeal manifestations of one's vital energy, and can only be harmed by other Stands), Invisibility (Stands can only be seen by other Stands and Stand Users), Selective Intangibility, Information Analysis (Is capable of scanning a stand for their stats and what their abilities and weaknesses are. Can do the same for humans as well as figure out surface level information about them), Clairvoyance ((Can tell many specific things about a person by reading their mind, as well as their thoughts and emotions they're feeling at the moment), Mind Reading (Can read a person's mind, including deeper thoughts and memories given enough time), Analytical-Based Precognition (Is capable of telling where a bullet will land by reading paths of trajectory. Can tell when an opponent will move and what they'll do by reading surface level thoughts), and Enhanced Senses (Is capable of infra-red vision, night vision, and several other different forms of vision, to the point of being able to point out any objects of interest simply with a glance)

Same as before as well as Superhuman Physical Characteristics, Regeneration (High-Mid), Immortality (Types 1, 2, and 3), Necromancy, Enhanced Senses. Every Breath You Take has the same abilities as Pre-Final Countdown.

Attack Potency: Human level physically, Street level with her pistol (Most firearms are on this level, can damage various humans and Stand Users with it), Unknown with Every Breath You Take (Does not possess any combat capabilities) | Building level+ physically (Should be comparable to other stand users such as Michael Prince and Nicholas White) Unknown with Every Breath You Take

Speed: Normal Human combat and travel speed (Doesn't show any impressive speed feats) with Massively FTL reaction speed (Should be comparable to other stands such as Shoot to Thrill) | Massively FTL (Able to blitz a Stand user before they could even react)

Lifting Strength: Regular Human | Unknown (Is much stronger than previously but to an unknown degree)

Stamina: High (Can fight through various amounts of pain and still keep fighting, even with her legs and one arm broke)

Range: Melee range physically, tens of meters with her pistol, kilometers with Every Breath You Take (EBYT was able to scan an entire city within seconds)

Standard Equipment: Her Stand, Every Breath You Take, and her pistol, a prototype Heckler and Koch MK23

Intelligence: Genius (Has a comparable mind to that of Nicholas White, constantly comes up with ideas for new inventions and even came up with a basic idea for the internet and how it would work)

Weaknesses: Her Stand has no combat capabilities

Every Breath You Take: Every Breath You Take is a stand which takes the form of an ornate mask. Once the mask is equipped, the user can use varying different types of vision, from thermal vision to night vision to even being able to see trajectories for bullets. The Stand is capable of reading one's thoughts and able to predict movements based on these thoughts. While surface level thoughts are easy to read, the deeper thoughts hidden in the deeper parts of the brain take a few seconds to reach.

Before the events of Paradise City, Stephanie would gamble away at the casinos in Bermuda to take money off of rich tourists. This was able to fund her trip to America.

Retrieved from "https://fcoc-vs-battles.fandom.com/wiki/Stephanie_Beauregard?oldid=273923"
Community content is available under CC-BY-SA unless otherwise noted.