FC/OC VS Battles Wiki
Register
Don't have an account?
Sign In
Advertisement
in: Sonichu, Characters, Male Characters,
and 15 more 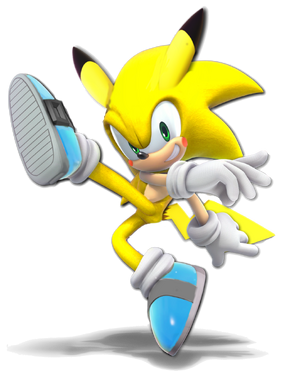 Sonichu is a Pikachu that became infused with Sonic the Hedgehog out of an accidental leak of Chaos Energy. Thanks to his new powers, Sonichu keeps trying to keep everything well.

Attack Potency: At least Small Country level+ (Can keep up with Zapdos)

Stamina: Very High (Should be superior than of Sonic)

Range: Standard melee range, hundreds of meters with most attacks