You do not know the power of the Dark Side.Darth Vader

Saber is the Saber-class Servant in Fate/Unlimited Fan Works. His true name is Anakin Skywalker, manipulated to the Dark Side and becoming known as Darth Vader, one of the most feared Sith in the entire galaxy.

Age: 46 standard years old by the time of his death in-canon

Powers and Abilities: Superhuman Physical Characteristics, Various lightsaber combat skills, Skilled Swordsman, Minor Mind Manipulation and Social Influencing with Charisma of an Evil Genius, can "ride" any vehicle or mount with supernatural skill, Summoning (via The 501st: The Imperial March), Precognition, Telekinesis, Telepathy, Mind Manipulation, Psychometry, Forcefield Creation (in the form of Force Barrier), Energy Manipulation (can reflect, redirect, and absorb energy attacks thrown at him), Statistics Amplification (Can augment his strength and speed through The Force), Servant Physiology, Resistance to Magic (Including effects such as Petrification, Mind Manipulation, and Spatial Manipulation)

Attack Potency: Island level (Has A-rank Strength, making him comparable to Berserker. Bested Susie in a fight and nearly killed her), higher with The Force.

Speed: Massively Hypersonic (Comparable to other Servants), higher with The Force (Can amplify his speed to make him as fast as those with A+ rank Agility)

Lifting Strength: Class 25 (Comparable to Berserker), higher with The Force

Durability: Island level (Has A+ rank Endurance, making him superior to Berserker), higher with Force Barrier

Stamina: Very high. Other Servants can fight for nearly an entire day without stopping, and as long as Darth Vader has a steady supply of magical energy, he can keep on fighting. Has A+ rank Battle Continuation, making him superior to Lancer.

Range: Extended melee range with lightsaber. Planetary with Force powers (Capable of Force Choking someone in orbit around a planet while he's on the surface, as long as he knows they're there). Interstellar with telepathy and Force senses

Standard Equipment: His red lightsaber, armor that can completely resist B-rank strikes and even higher strikes to a degree

Intelligence: Like his canon self, Darth Vader is a mechanical and technical genius. He built an advanced droid and a pod racer when he was 9 years old, designed custom starfighters and other devices. He is a master starfighter pilot, has high strategic intelligence and leadership ability, mastery of multiple forms of lightsaber combat, and good at psychological manipulation.

The 501st: The Imperial March: The ability to summon the soldiers that Darth Vader lead in life. The personal legion he led became renowned as part of his military image. These are not Heroic Spirits, but rather wraith-like familiars representing the concept of "Stormtrooper". While dangerous to normal magi and humans, they are quite weak compared to a Heroic Spirit and are only threatening in large numbers to weaker Servants.

Magic Resistance: An innate ability that grants protection against magical effects. Unlike the Resistance effect that merely rejects Magical Energy, this ability cancels the spells altogether. Darth Vader has a B-Rank in this ability, rendering him virtually invulnerable to all modern magi's spells and even of some from the Age of Gods. This also applies to indirect magical attacks, such as magical hypnosis, petrification, and spatial manipulation.

Riding: The ability to ride mounts. Darth Vader is proficient in this ability due to being a genius pilot and pod racer, even at a young age, resulting in A rank Riding and allowing him to ride practically any horse or modern vehicle with complete control, though this does not extend to mounts such as those under the Phantasmal species.

The Force: Dark Side Variant: The Living Force represents the energies of all lifeforms, and those energies were fed into the Cosmic Force that binds the galaxy together and communicated to individuals through the midi-chlorians. Though only certain individuals were Force-sensitive, the Force resides within all living things and could be extracted. Usage of the Force grantees a number of useful powers, such as the ability to sense impending attacks; to push, lift, and otherwise manipulate physical objects or people; to influence the minds of others; to sedate or induce sleep; and even see the future or maintain one's consciousness after death. Darth Vader’s application of the Force, for the most part, only uses its Dark Side abilities.

Battle Continuation: A skill that reflects one's exceptional vitality and endurance, allowing the user to fight on despite grievous wounds and to never give up even when defeated. Darth Vader's A+ rank of this skill makes it possible for him to fight even with deadly injuries and will remain alive for as long as he does not receive a decisive fatal wound.

Berserk: A composite skill of Bravery and Mad Enhancement. Grants Darth Vader the ability to negate mental interference such as pressure, confusion and fascination. It also has the bonus effect of increasing melee damage.

Charisma of an Evil Genius: A charisma associated with one who stands at the top of an evil organization rather than one who manages a nation. Because of Darth Vader's masterful psychological manipulation and ability to command an army for evil, his rank in this skill is an A.

Protection from Arrows: An inherent Force-sensitive ability that Darth Vader learnt to harness, allowing him to deal with ranged attacks by predicting the projectiles' trajectories, whether through hearing the air being cut or sensing an enemy's killing intent. As long as the shooter is within his line of sight, he can track down their projectiles and defend against them, even if their projectile is a Noble Phantasm. However, it offers no protection against attacks with a great area-of-effect, or weapons that simply have a long reach. Darth Vader's A-rank in this skill allows him to effortlessly deflect, or even reflect, all projectiles in his way, even from multiple directions, in between his swings, and in his blind spots. 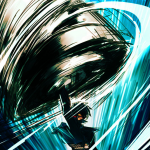 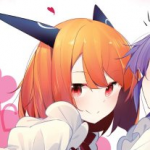 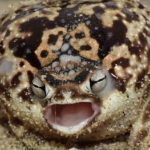