FC/OC VS Battles Wiki
Register
Don't have an account?
Sign In
Advertisement
in: Tier 7, Chaotic Good, Monsters,
and 11 more

Disclaimer: Credit to Raybean and Eclipse who made this table code.Credit to the person who made the music video. Character picture is public domain.

Lore Note: He only exist in the separated timeline. 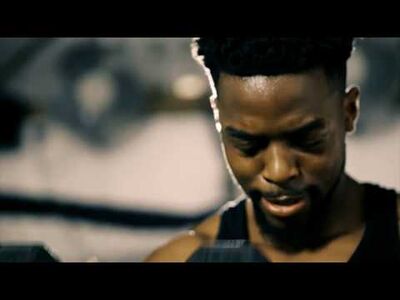 "Shut the fuck up dumbass. Don't look down on me because what I look like, I am much stronger than I appear to be. I can kick asses all over the place, and your face will be one of those asses when I'm done with you."

Born with the desire of becoming strong, he left home after seeing his adopted family of being burned to ashes by ruthless soldiers as he laid there, unable to do anything. Throughout his life, he never know why he existed as memories were nonexistent until a kind family adopt him as their own. Though, after the tragic and loss of his home, it was one of the triggers in becoming the strongest being out there.

He fought endless against beasts and opponents alike through his journey, as each fight gives him purpose. However, when one night he saved a girl from kidnapper, his life turned around after realizing what he did. Rather than endless fighting to be strong, he decide to use his power of defending the weak so weaklings will become strong like to prevent any tragedy like his adopted family to happen.

From now on, he journey around the world of helping and teaching other weaklings to be stronger than they were as Pinky eventually meet Rupert which they became friends after he learned about the prowess of Rupert.

Tier: At-least High 7-A | High 5-A through awaken power

Superhuman Physical Characteristics, Regeneration, Explosion Manipulation, Acrobatics, Nuclear Manipulation and Precognition (High, his insides contains nuclear energy, allowing to resurrect himself as long there is atom particles around them. As literally walking nuclear energy, he can produce nuclear energy physically attacks from his body that he can even change how much he puts the damage into but would also explosions because of it. Very strong when it comes his kicks, Pinky specialize of fighting through the use of his legs as he had demonstrated great expertise in his kicking skills as he could leap across vast distances without getting hurt. Due to fighting alot of people, he develop a sense of predicting opponents moves through analyzing their movements.), Self-Sustenance, Inorganic Physiology and Invulnerability (Type 1,2 and 3. He is living toy, therefore he doesn't need oxygen, food or rest to survive. Moreover, most conventional weapons such as bullets, blades to even explosions couldn't pierce his furry skin due to his overwhelming strength.),Fire Manipulation and Light Manipulation through Awaken Power with Self-Destruction (By sheer will alone, he uses all the energy within him to have the strength and endurance of the sun as his body becomes inflame with the color of the sun itself. Will self destruct himself if he stayed in this form for more than 12 minutes, which would cost a supernova. It is also used once for per day.), Supernatural Willpower and Enhanced Senses (Refuses to back down in fight, regardless of the situation and consequences he faces as he had died numerous time in different ways and was unaffected by the horrors of it as his only goal at mind is ending the match. Has amazing hearing senses as he could hear conversations and noises around him in 1 kilometer away while able to deciphering which sound is coming from.), Resistance to Elemental Manipulation, Pain Manipulation, Mind Manipulation and Madness Manipulation (Have fought varies daemons without going insane and has strong willpower to fend off against mind attackers. Had been struck down by elemental attacks such as ice, fire, lava, and so on but wasn't affected by it.),

Attack Potency: Large Mountain (While his kicks completely varies of the amount of force he puts into the attack, the strongest he did was when he leaped towards his opponents which was standing on one of the largest mountains, causing the mountain to shook and eventually destroyed from the force of impact he made.) | Dwarf Star (His body becomes like living sun.)

Durability: Large Mountain level (Leaped towards large mountain and destroyed it without suffering any injuries in the process), | Dwarf Star (His body becomes like living sun)

Intelligence: Gifted. Rather cunning and intelligent despite his delinquent and tough exterior. Uses strategic positions to give him the advantage and has sometimes lure his enemies to vulnerable positions where he can kick them senseless. Sometimes, he plays dead to catch them in surprise and has expertise towards analyzing his surroundings for certain and strategic positions to attack and lure them.

Weaknesses: Won't go all out unless the person he sees is stronger than it appears and prefers to avoid collateral damage if possible. Heavily specialize in kicks, has no skills nor interest when it comes to hand to hand combat. The downside of awakening his power is that he can use this form for only more than 12 minutes as the longer he stays in it, the higher chance of causing a supernova from the amount of energy his holding and it is one of the ways that can permanently kill him while it can be only used once per day.