FC/OC VS Battles Wiki
Register
Don't have an account?
Sign In
Advertisement
in: Male Characters, Protagonists, Insane Characters,
and 22 more 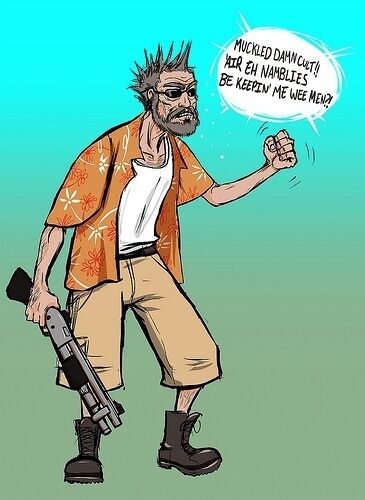 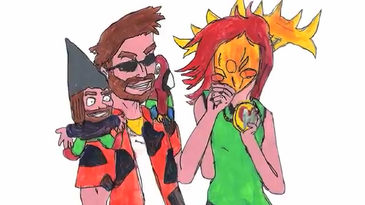 Old Man Henderson is a character from a game of Trail of Cthulhu, where the Game Master, or GM, was being rather cruel to the players, constantly killing them for little to no reason. Eventually, the player, only known by his 4chan name, Waffle House Millionaire, created Henderson for one goal: Plot Derailment.

Not much is known about Henderson himself, as his 320 Page Backstory of Doom was destroyed, never to be seen again. However, what we do know is that he is a man who never takes off Aviator shades, has a Scottish accent (Despite not being Scottish), and his life has gone through a variety of events, leading him to gain a massive arsenal of skills.

After his death he was reincarnated as Eli Burning and now is trying to protect Heather, his childhood friend, from both Nyarlathotep, and the knowledge of her 'true' nature, that being reincarnation of Hastur.

Name: Old Man Henderson (Whether it's his first or last name is unknown to this day) | Eli Burning

Superhuman Physical Characteristics, Preparation, Fire Manipulation via Molotovs, Explosion Manipulation via various means, Summoning (As his truest foe, Old Man Henderson can summon Hastur via calling his name 3 times. Can summon a Cthulhi via saying "Al'whya al Cthulhu fhatagan, K'kili'far al is ar'arkas fal dep'wa"), limited Reality Warping and Reactive Evolution (Whenever he needs some skill, his player will change his backstory to grant him said skill, like making Henderson world champion figure skater, hockey player, and golfer), Vehicular Mastery, possibly Enhanced Senses (able to smell the "Mormons" (cultists) while driving next to their house), Weapon Mastery, Social Influencing (talked a thug from trying to beat him, tricked police officer from arresting him by pretending to be an amnesiac), Resistance to Madness Manipulation (Survived smoking a blunt made from a page of the necronomicon, though the Marijuana lessened the effects. Could look at a Shoggoth without going insane, merely commenting that it was an extremely ugly poodle.)

Same as before, except Summoning of Hastur, Likely Energy Manipulation (Hijacked Hastur's essence to contact Nyarlathotep), Sealing (Sealed Hastur's powers in an amulet), Teleportation (knows a ritual which teleports people to a parallel universe even Nyarlathotep can't reach), should possess most of Hastur's powers via amulet.

Attack Potency: Street level (Could punch out a military helicopter pilot, and was able to fend off a hellhound), Building level via Weaponry (Was able to kill a Shoggoth via a spray from an automatic shotgun, and fended off an entire horde of them in his last stand. Was able to destroy a police station full of Shoggoths via a car bomb) | At Least Street level (Should be comparable, if not stronger than his 50 years old self), Building level via Weaponry (Casually defeats cultists), Unknown with Hastur's amulet.

Durability: Building level (Was able to temporarily survive the blast that killed the entire army of Shoggoths along with a summoning sick Hastur, but died shortly afterwards from his injuries) | Building level

Stamina: Unknown | At Least same as before, likely higher (Is younger)

Range: Standard melee range, Tens of Meters with weapons | Same as before, likely at least High Outerversal with Teleportation ritual (Can teleport to a parallel universe even Nyarlathotep can't reach)

Intelligence: Gifted (Despite his insanity, he still possesses an array of skills, such as bomb creation, casual knowledge of physics, and the ability to fly a helicopter.)

Weaknesses: Completely insane, to the point of dismissing every other member of his party as hallucinations at times.