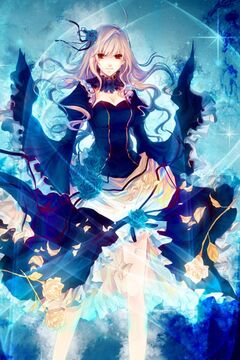 Odin is the God of the Runes, and leader God of the Nordic Pantheon. He is a prideful God and boasts of his immense strength. He thinks himself as all-knowing and all-powerful, but has no knowledge of the other, more powerful beings, as well as the primal fears. He was involved in the War of Gods and had defeated countless of Minor Gods. Although being prideful, he never holds back in a battle. He despises the other Pantheons and mortals, as well as the Universal Spell Card Laws. He is also the creator of Asgard, the home of the Nordic Gods.

Name: Odin, The All-father, Progenitor of the Runes

Gender: Male, but has the appearance of a female

Age: Existed since the dawn of Creation, Transcends the Concept of Time

Attack Potency: Outerverse level (Should be comparable to the other Pantheon Leaders, and Odin being one of the stronger Major Gods should transcend the weakest of them as they transcend even the strongest minor Gods, which in turn transcend basic, undimensioned beings such as Fukumi and Ayuko)

Striking Strength: Outerversal (Should be comparable to the other Pantheon Leaders)

Durability: Outerverse level (Should be comparable to the other Pantheon Leaders)

Intelligence: Nigh-Omniscient (Knows everything except for the existence of the Primal Fears and The Creator)