Nicholas White is one of the Stand Users appearing in Paradise City, a scientist, dispatched at the request of the US government to investigate the occurrence of Stand Users in Woodstock, initially meeting with the group in library, expounding to Stephanie his opinions on Stands and their potential, he soon gets involved with the operations of the Chicago Outfit, dispatching a thug alongside the rest of the group, he begins his journey with them to uncover the secrets behind the Stand Users working for the organization and involved in the drug trade.

Nicholas has black hair going down to his neck that is dyed white at the tips, he is of above average height and decently good looking, he is slightly, but not overly, muscular, he wears a white lab coat that has been cut up at the bottom, leaving multiple strips that wave around in the wind, these strips have white arrows on them, the coat becomes black towards the bottom, his pants are black at the top and become white towards the bottom and has white shoes.

Don't Stop Me Now is a humanoid stand, it appears slightly muscular, it is metallic in appearance, with black arrows pointing downward on its arms and legs, it has blue, triangular eyes and a metallic mask covering its mouth and nose, its fists are covered with metallic gauntlets and its feet have something akin to boots, its chest is covered by a metallic plate and has a black lightning bolt pointing upwards surrounded by 4 arrows on it.

Calculating, intelligent, decisive and at times dramatic, Nicholas White wishes to learn all he can about Stands and their nature, his goal is to utilize Stand Power to bring prosperity to humanity, for this, he analyzes every Stand he encounters, detailing their abilities and anything he can learn about them. Though to the outside observer it might seem that Nicholas has a tendency to rush into things, in truth he carefully plans his actions, utilizing his power to the best of his ability whenever he can. Unlike some others, Nicholas does not go out of his way to hide the existence of his Stand, he uses its power readily, using it for transport or utility, not only combat. He is extremely focused on his research, when not in dangerous situations he focuses on solely that. Despite his temperament and focus on research, he does still care for his allies, though he rarely shows it, he considered them his friends and regrets the mistakes that lead to some of their deaths immensely.

Dislikes: People who use their Stands for evil or criminal purposes

Marital Status: In a relationship (With Stephanie Beauregard)

Genius Intelligence, Extrasensory Perception (Capable of seeing ghosts and souls among some other supernatural forces that are normally otherwise invisible), Aura, and Summoning (Of his Stand), Don't Stop Me Now has Superhuman Physical Characteristics, Non-Corporeal (Stands are the incorporeal manifestations of one's vital energy, and can only be harmed by other Stands), Non-Physical Interaction (Stands can interact with ghosts and other Stands), Invisibility (Stands can only be seen by other Stands and Stand Users), Selective Intangibility, Vector Manipulation (Don't Stop Me Now's ability allows it to "launch" itself, Nicholas, or anything either of them make contact with), Flight (Nicholas can launch himself in any direction to fly, or launch himself with equal force to gravity to levitate), BFR (Don't Stop Me Now can launch others vast distances by imparting momentum into them, including to the upper atmosphere and space), Air Manipulation (Can launch the air around himself as projectiles of various shapes, or launch a large amount of air to clear an area of oxygen), Limited Earth Manipulation (Can launch parts of the ground away from himself, effectively allowing him to move freely underground), Limited Matter Manipulation and Heat Manipulation (Don't Stop Me Now can launch a stream of superheated particles by accelerating them to immense speeds as its ultimate move, though this requires immense concentration to achieve), Statistics Amplification (Can amplify its speed by launching itself and Nicholas, can amplify its strength by launching its punches)

Attack Potency: Athlete level, Building level+ with Don't Stop Me Now (Can damage opponents that can take hits from Shoot to Thrill), At least Multi-City Block level with Launching (Sent a building into the exosphere) | Athlete level, At least Building level+ physically with Don't Stop Me Now Requiem (Should be superior to its previous state), At least Planet level with News of the World (Requiem stated it could destroy the world with its power), possibly higher (Requiem's power was compared to a Big Rip)

Intelligence: Genius (A brilliant scientist and skilled tactician, highly knowledgeable on Stands and their natures and types, able to quickly discern their abilities in battle and adapt his own as necessary, his knowledge on the topic caused the US government to contact him directly to seek his expertise in Stands)

Weaknesses: Any damage dealt to Don't Stop Me Now is reflected onto Nicholas, must touch objects to launch them. 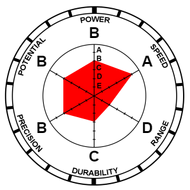 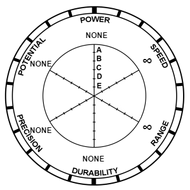 Retrieved from "https://fcoc-vs-battles.fandom.com/wiki/Nicholas_White?oldid=273924"
Community content is available under CC-BY-SA unless otherwise noted.