Disclaimer: I do not own this art 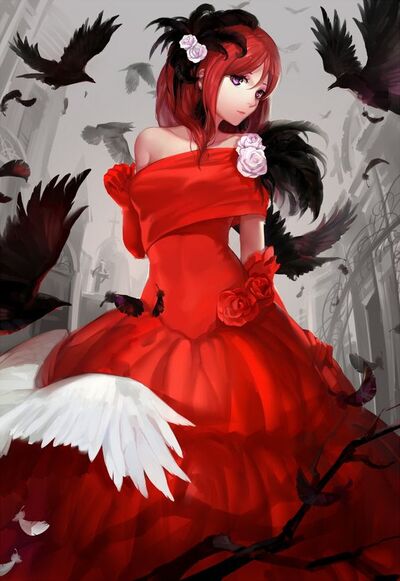 Naya is an antagonist in Roniverse, embodying the Sin of Lust. She utilizes her curse, allowing her to make someone "fall in love with her"

Age: Avatar is tens of thousands of years old, True form is innapplicable

Attack Potency: At least Multiverse level+ (Can harm Sahdmawz. Overpowered Sloth, albeit Sloth was too lazy to put in his all) | Low Outerverse level (All Seven Deadly sins exist above the Dark Beings and Holy Beings. Comparable to the other sins)

Intelligence: Genius. As a master Seductress, she knows who and when to use her curse on and when to kill the cursed. She has managed to have her current avatar live for thousands of years, being as safe as she can. Can make one of her "Love Factors" being a "Smart Girl"

Weaknesses: If the Curse she inflicts last on the victim for too long, she will fall in love with the cursed

Retrieved from "https://fcoc-vs-battles.fandom.com/wiki/Naya_(Roniverse)?oldid=290545"
Community content is available under CC-BY-SA unless otherwise noted.