Many of these characters are not exactly ready.

The Monarchverse is a verse created by Monarch Laciel. It contains several main series, each of which take place in their own separate worlds from each other. There are a variety of characters throughout the verse, as well as parallel and alternate universes.

Currently there are five main story works within the verse, Monstrum, A Tale of Lost Swords, Forsaken By God, Reality's War and The Black Pillars.

A Tale of Lost Swords

Monstrum: The world tells the story of the Mahraki hunter Lazan Clovek and his apprentice Elric Grammson. It is set in a medieval world with vaguely steampunk elements that is filled with monstrous creatures called Mahraki. The main plot entails Lazan and Elric getting embroiled in a series of increasingly momentous events, starting with being pulled into a civil war within the kingdom, and ending with trying to stop a Mahraki God from eating their planet. Overall this world is not too powerful, with its top tiers being planet level via size, the majority of its monsters being between small building level and city block, and the majority of its human character tiers being around 9-A. The verse does have several good speed feats for its tiers, and a few powerful abilities, such as electricity manipulation, absorption, and biological manipulation, and low-high regen in some characters, but overall, it isn't that strong. It does have the metal called Demonbane however, which is extremely corrosive and deadly poisonous to Mahraki upon touch, which is used to forge some of the weapons seen in the verse, which acts as a decent hax against these monsters.

Forsaken by God: This world is set in a slightly different alternate future timeline to our world, and takes place after the Armageddon and Judgement day spoken of in the Bible arrived. Since this time, the heavens have closed, hell has opened and no children can be born. All who die remain as ghosts. In the absence of any divine protection, powerful demons run rampant over the lands, slowly warping and changing earth to hell. At the same time though, the withdrawing of God from the world has allowed humans to learn to use demon magic, which grants them the ability to protect themselves. The plot kicks off when (undecided protagonist #2) finds a young girl who can use seraphic magic, and believes that this is God's way of offering a way out - if he can take her to Ground Zero, where the heavenly gates first opened, without the demons killing her, she can use her magic to open the gates and reconnect their world with the heavens. This verse is extremely powerful, with even the weakest humans being Town level at minimum thanks to the use of magic, and having potent hax resistance and hax such as potent soul and mind manipulation, time manipulation and reality warping, as well as fire manipulation, and its high tiers reach at least multiversal.

Reality's War: This verse is a sort of Urban/High fantasy genre. The main premise of the verse is that throughout history magic users exist. This magic is used by making contracts with the Outsiders who exist beyond our reality, who grant teach these sorcerers power and teach them how to enforce their will on reality. Unfortunately, reality doesn't like being controlled, so it attempts to rectify changes made by sorcerers in a variety of ways, ranging from nullifying the magic, and sometimes simply kicking the sorcerer out of reality. This world is focused on physically weak (relatively speaking - they are all 9-B to 9-A) characters with interesting abilities.

CrossverseCrisis (Same as Ultima, pretty much)

Sir Ovens (Love the concept of Forsaken by God.)

ExerciseDancefloors (Some really interesting characters, and a potential waifu. To me, this is one of the best verses on the wiki.)

The power of the Verse

The Monarchverse tends to vary in power between stories, with the Monstrum story reaching 5-B at its top tiers, the Forsaken World having its normal humans being 7-C and reaching 2-B with at its God Tiers, and the Reality's War world having many low 2-C or 2-C beings and one High 2-A being.

However, excluding the Monstrum World, the main power of the verse comes from its hax, which are all exceptionally potent.

Here are the links to pages that describe important concepts and ideas within the verse.

Characters of this verse 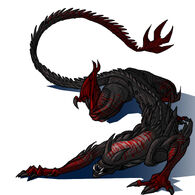 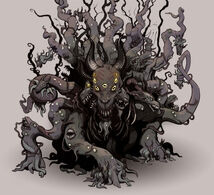 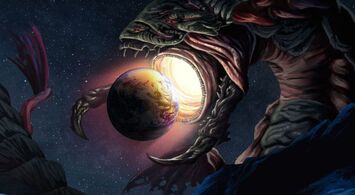 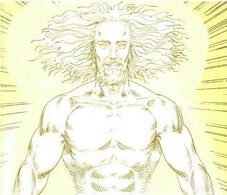 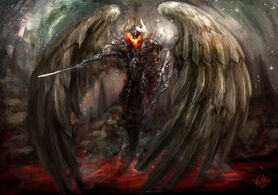 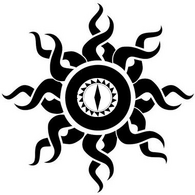 To be deleted or retcon'd