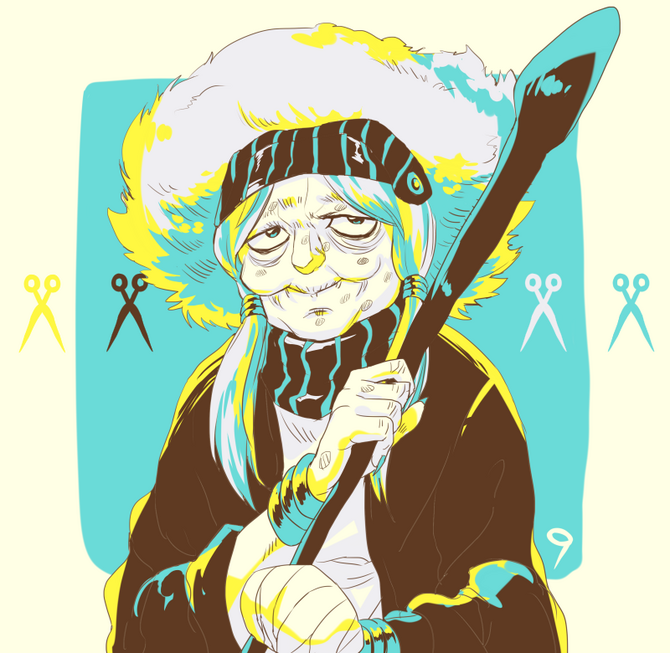 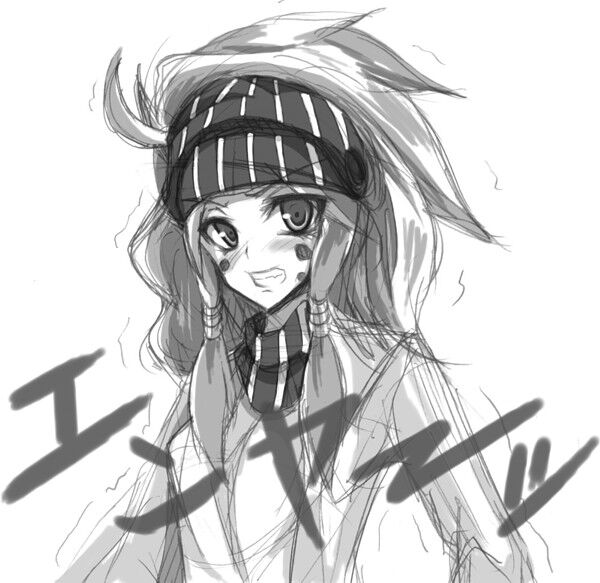 Will likely be reworked to be streamlined.

The legend of Arthur, the king of all, has been told for eons. But there are many reasons as to why they never die out. Unlike accompanying heroes and those who formerly allied with the first king, a certain someone is fine with not getting much attention. They have lived their live quite extravagantly and in a popular way. Weary of all the glory, their adventure came to an end in the past when the first King finally used his sword to take out the gods that sided with the devils. Or so the stories go.

Now there's a woman by the mountains that acted as a boundary between the desert that spans in an almost endless fashion, and the vast kingdom overcrowded by fauna. In this place she lives calmly and peacefully, teaching those who look up to magic and want to learn more. In this place she resides, striking down whoever she immediately deems a threat with great ruthlessness. Do not get the mountain hag angry, and she will let you leave.

Also don't call her a mountain hag either.

She's an old woman. What did you expect?

Known to be quite snarky and ruthless. Not many survive living with her whether in physical health from the abuse of her training, mental abuse from the sheer level of insults and her straining challenges, to psychological health from all the trauma. She is without a doubt one of the most ruthless elderly of the kingdom and is thus avoided by many adventures from different realms. Merlin is quite fond of that and willing to keep it like that.

That is at least, her reaction to trespassers and intruders she doesn't like.

Her first encounter with Aizawa had invoked a different impression. She was more akin to a nice old lady that is willing to help out any stranger. In fact her kindness was so much that Aizawa was stunned at her treatment of others. This kindness isn't just for the young girl as many mages and even some adventurers receive a kind treatment from her. Despite having a sharp tongue she can easily favor those who make good first impressions with her. In fact she enjoys storytelling but favors avoiding any conversation regarding the past.

A prodigious girl was once born in a kingdom.

Status: Alive, not for long

Superhuman Physical Characteristics, Knowledge on war tactics, Energy Sensing, Magical Aptitude, Precognition (Has foreseen many events. Can foresee actions and events prior to them happening), Thread Manipulation, Energy Manipulation, Puppetry (Favors making life like puppets, some having a simple mind and can act as servants), Magic Negation, Barrier Creation, Time Freezing (Can stop the time of a person or the area itself), Spatial Manipulation and Portal Creation (Destroyed a barrier of the netherworld, which requires high level of power and is spatially bonded. Can create portals), Transmutation and Transformation (Tends to favor turning objects into dust and sand, or the opposite), Ailment Induction (Ranged from poison, paralysis, silence, blind, and mute), Death Manipulation (Can induce death), Affliction Thievery (Can steal statistics and buffs temporarily), Sealing (Can seal objects and beings into objects or turn them into something 2-Dimensional), Flight, Earth and Sand Manipulation, Weather Manipulation, Soul Manipulation (Can seal a person's soul and damage it), Resistance to Spiritual Manipulation, Mental Attacks, and negative buffs (Resisted many of Chiron's attacks), Hypnosis and Trauma Induction (Can permanently scar someone and erase their mind. Can temporarily control weaker willed opponents), Subconscious Attacks (Can use Zero which negates the enemy's willpower and current state prior to the fight), Reversal Magic (Can turn an attack into something that can heal, although not true healing), Invisibility and Incorperality (Can become untouchable by any sort of magic or physical attack temporarily), Teleportation/BFR and Molecular Manipulation (Can send an area into another dimension but in the process tearing them apart molecule by molecule), Telekinesis (Can pick up fallen puppets), Gravity Manipulation (Can make miniature pressure black holes and drag targets around. Can negate gravity), Reflection (Can reflect any sort of magic back at a target), Dimensional Attacks (Harmed an opponent later by crushing them in gaps between dimensions)

Attack Potency: Moon level (Dropped the moon against a fight between Draughter and Ryner at a fast rate. Destroyed one of the barriers of the netherworld. Has numerous statements and scenes of her speaking about how there are too many moons, and is implied to have created one in a fight), likely at leastLarge Star level or higher with prep time (Implied to be one of the few who can take down Draughter prior to his ascenscion. Was capable of being one of the few who can clear most of Excalibur's challenges)

Speed: At least Massively Hypersonic (Conventional Grandmaster Mages can cast natural lightning as attacks and Merlin is on a higher level than them), likely MFTL (Intercepted Olaus Roemer's Hypercharge Photon Cannon with minor difficulty despite it being an ambush. Said attack is on a whole new level compared to his photon beams)

Durability: Moon level (Intercepted the Hypercharge Photon cannon and reflected it, destroying one of the many moons in her realm by accident), likely at least Large Star level or higher (Draughter claimed an attack from him would not be enough to take her out at his current state, after demolishing a barrier of the netherworld)

Stamina: Still high despite being old.

Range: Multi-continental (Intercepted an arrow from Chiron, and sent it back to him despite him being in another kingdom. Due to the landscape of the realm she's located in, the distance is compared to the surface of the moon. Threatened to bring down the moon on a pest before). Multi-dimensional with certain spells

Intelligence: Is prodigious at magic having trained herself in the beginning at the age of 4. Has millenias' worth of experience and is not afraid to flaunt it. Even with her level of magic, she has never stopped training or trying to learn and improve herself. One of the most potent and powerful mages in existence in her planet. Even a Zodiac Knight was unsure whether he should fight her claiming that regardless of power levels, her wit would allow her to win.

Weaknesses: She's old and thus needs to rest longer. Occasionally she might slip up on a spell. Despite being knowledgeable she prefers to make her enemies give up by showing overwhelming power, often avoiding to kill. Not exactly keen on sharing her secrets or working with most. Tends to look down on anyone that isn't a mage or an artifact user. Notably one of the few mages who cannot use healing magic. Her mana recovers very slowly just by herself. |

Retrieved from "https://fcoc-vs-battles.fandom.com/wiki/Merlin_of_the_Sands?oldid=317968"
Community content is available under CC-BY-SA unless otherwise noted.