FC/OC VS Battles Wiki
Register
Don't have an account?
Sign In
in: Characters, Male Characters, Protagonists,
and 29 more 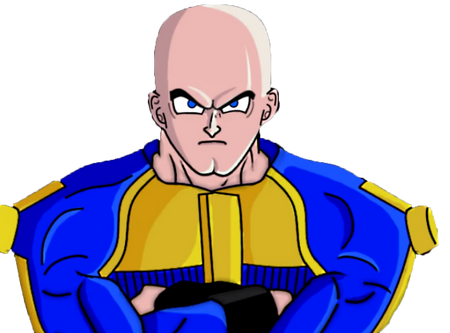 Max Stone is a recurring character throughout RedScotGaming canon, originating from the Fallout 1 character selection menu, in which Max is one of the three default characters. The humorous combination of his appearance, character description, and name led to his continued referencing during the Fallout playthrough, and into other series' including Dragon Ball Xenoverse, where he appeared as a character and member of the Clean-Up Squad.

The perceived character of Max, as developed in the minds of Steven and Sam, has become one of a very large, strong, intelligence impaired man, repeating his name in his usual gruff voice - with stressed emphasis on "Stoooooone".

Max first appears in the Xenoverse Tony Saga as one of a group of warriors summoned by Iced to make up "The Clean-Up Squad". While most of this team are absorbed by the little green shit Goma (#NeverForget), Max continues to aid the other protagonists throughout the series, acting usually as a duo with Iced.

He joins Tony and Iced in the World Martial Arts Tournament, appears in the special prequel episode "History of Tony", and also stars in a short spin-off music video with Android 61 to the Bee Gees' "Night Fever", re-titled "Max Fever".

Max takes on a more prominent role in the sequel, as one of three leading protagonists through the story.

Despite his aid throughout the previous battles, Max was only considered a "contractor" under the Clean-Up Squad, and not an official Time Patroller. He only gains that status in Xenoverse 2, after an extremely patronizing initiation test, where the multiverse's strongest human was sent fighting Saibamen (yes, bloody Saibamen).

Powers and Abilities: Superhuman Physical Characteristics, Master in Martial Arts, Ki Manipulation (Can be used defensively and offensively, to strengthen his skin or to fire ki blasts, which can home in on targets and form defensive barriers), Ki Sensing (Can locate others by reading their ki), Enhanced Senses (Via his Stone Vision; can detect power signatures even his ki sense cannot pick up), Extrasensory Perception (Via his Stones; it seem to have a supernatural knack for alerting him or others who possess it of immediate danger to people close to them), True Flight, Afterimage Creation, Statistics Amplification (Via the Kaio-stone), Earth Manipulation (He has control over the Stones, and therefore all of the earth), Resistance to Earth Manipulation (The Stones, and therefore all earth-based attacks, cannot harm him), Longevity (Likely in his 40s, but doesn't look a day out of his prime), Time Stop (Somehow possesses the same ability as Hit), Reactive Power Level (In battle against Final Form Frieza, Max went from staggering them to pressuring Frieza in very little time), Accelerated Development, Acrobatics, Fusionism (Fused with ten thousand iterations from himself across time and space), Acausality (Type 1, was able to fuse with every past iteration of himself to no ill effect. Was capable of preventing Goma's awakening by killing a past Tony, which Tony himself was incapable of even with a time ring), Resistance to Precognition (Despite being a singular existence across time capable of predicting the actions of everyone else in the series, Max's actions still prove entirely unexpected to Goma)

Attack Potency: At least Galaxy level+ (Could fight Super Buu, who is much more powerful then Super Saiyan 3 Goku. Managed to give Xenoverse 1 Iced a good fight, though was ultimately beaten down badly) | Dwarf Star level (Though considerably weakened, can still fight on par with the likes of Turles and Great Ape Vegeta and Nappa) | Solar System level (Could easily defeat an extremely amped Turles and Slug, then went on to fight Final Form Frieza and eventually overpower him) | At least Solar System level, possibly higher (Imperfect Cell draining his energy was enough to turn them into their perfect form later down the line, and even after Max was drained, was still able to defeat Cell with a flurry of headbutts) | Multi Solar System level (Could fight off several amped Cell Juniors and Perfect Cell, though, needed to be saved by Papi Cell when main timeline Cell went Super Perfect) | At least Galaxy level+ (Could easily contend with Super Buu and Post-Zenkai Supervillain Broly, who was stated to be able to give Gohan trouble if he had to fight both Buu and him at once) | Universe level+ (Was able to fight an enraged Beerus with the help of Whis, as well as fight Final Form Mira with the help of Goku, who had absorbed the power of Toki Toki's Egg, which contains the time for an entirely new universe, and is much more powerful then his previous state where he threatened to destroy the egg and rip through dimensions if he overheated. Managed to inflict superficial damage on Azrai)

Stamina: Extremely high. Managed to fight against an opponent equal in strength to him even when having his insides partially liquefied several minutes prior. Has shown a consistent ability to continue standing and operating as usual despite having most of the bones in his body broken.

Standard Equipment: A tree he chopped off that can float, scouter (sometimes), stones

Intelligence: Below Average (Due to his upbringing in complete isolation, Max has an exceeding lack of education and even basic common sense, though he is very combat smart, and knowledgeable on social situations despite said isolation)

Weaknesses: Not very smart. Mastery over energy blasts and the like is lacking. PIS (Much like the other members of the trio, can easily be made an absolute joke of depending on the situation and what's funny), possibly grows weaker if he is not in contact with stones for a significant amount of time

Ki: The fighting power and life force of a martial artist, a tangible energy derived from the user's vigor, courage, and mind. It can be used in a number of ways, such as to surpass the limits of one's body to greatly increase in strength, and it can be fired as blasts of energy or used to create defensive barriers. Aside from his Stone physiology, this energy is the source of Max's extreme power.

Stone Physiology: Max Stone is the most powerful human in the multiverse presumably due to his partly stone body, and his mysterious connection to the Power of the Stones. Through this strange connection, Max gains his prodigious strength, but also an innate awareness of the cosmos, always telling people to "watch their Stones", implying that all creatures possibly possess this mysterious strength. 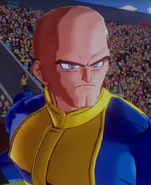 Max in his debut appearance