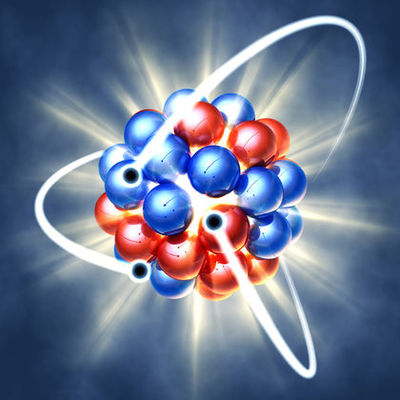 Matter Manipulation is the ability to manipulate the particles that make up matter and the bonds between them. Converting matter into energy can also be listed as matter manipulation, but an appropriate explanation regarding the scope of applications the ability has should be given.

The ability to manipulate molecules and their bonds. Said bonds include ionic (Electrons are transferred), covalent (Electrons are shared equally), polar covalent (Electrons are shared unequally), diatomic (Molecules consisting of only two atoms), and hydrogen bonds. Applications at this level include effects such as changing the nature of materials (i.e., the way carbon chains are bonded to turn one hydrocarbon into another), or tear opponents apart by severing the molecular bonds that make up their bodies. However, they are not able to change existing elements, as this is tied more to the nature of atoms, rather than molecules.

The ability to manipulate individual atoms, ions, and isotopes. At this level, users can change the nature of atoms and their properties, allowing them to transmute one thing into another, destroy atoms to obliterate targets, and completely rearrange atomic structures to create virtually anything. The user may also be able to manipulate the radioactive decay within certain atoms and isotopes as well.

The ability to manipulate the protons and neutrons within atoms themselves. The manipulation of electrons however, is Macro-Quantum, as nothing makes them up and they are of importance in principles such as Pauli Exclusion and the Uncertainty Principle, and are the size of quarks.

The ability to manipulate quarks, bosons (Gluons, Photons, Higgs Bosons, etc.), and leptons (Electrons, Muons, Positrons, Tau Particles, and Neutrinos). This also endows the ability to tinker with other properties at this level, such as electron arrangement and spin.

The ability to manipulate 1D quantum strings and foam, allowing the user to manipulate the very fundamental space-time packets that form our universe. The potential applications of this level are nearly unlimited, such as the aforementioned manipulation of space-time, the manipulation of matter and energy fields, and some users can even manipulate higher dimensions with it.