Mario is one of the main protagonists of the Flash movie series Super Mario Bros Z, created by Mark Haynes (aka most known as Alvin-Earthworm).

Mario is the hero of the Mushroom Kingdom and, on the 2006 timeline, he was racing on a Grand Prix with Luigi against the Wario Bros, when Bowser attacked them. After a long battle, Bowser took a Metal Mushroom and gained the uphand. When he was about to kill Mario, the capsule that contained Sonic and Shadow saved him.

The SMBZ Mario is the same as the regular Mario, being an italian, slightly short and chubby man, with brown hair and a big moustache. His usual attire is a red shirt, blue overalls with yellow buttons, brown shoes, white glovs and a red cape. With power-ups the attire tends to change.

SMBZ Mario's personality is very much of what we see from his games. He is kind, brave, very smart, and very friendly. He is optimistic, often finding the best in situations and using them to his advantage. He has a strong sense of justice and morality, often putting the needs of others above his own as shown by his frequent battles against evil. He cares about all the other heroes, and is always willing to help them if they are hurt, even Shadow, who often insults him. He seems to have an overall friendly relationship with Sonic, often teaming up with him in fights, saving him from drowning in the Minus World, attempting to comfort him when he is saddened by Shadow's departure, and checking to make sure that he was okay when he fondly remembers flying with Tails. Mario holds a slight resentment against villains he has encountered before, and holds great resentment against those who hurt innocents, such as the Axem Rangers X. He is the most notable one who is mostly despised by the villains, such as Mecha Sonic and possibly Dr. Eggman.

He does have weaknesses in his personality, in that he is unwilling to allow others to be harmed as a result of his actions, such as being forced to concede a crushing victory over Bowser in Episode 2 due to Princess Peach being captured, or being unable to hit Basilisx in Episode 8 when he used a petrified Luigi as a shield against Mario's attacks.

Lifting Strength: Athletic Human (Carried Sonic, Shadow, and Luigi an unknown distance while barely conscious) | Class 10 (Should be comparable to Wario, who lifted and threw a massive barbell)

Durability: At least Mountain Level (Took blows from Bowser, the Koopa Bros, The Axem Rangers, and Turbo Mecha Sonic) Higher with Hammer Suit (His Hammer Form’s shell was undamaged by attacks that would normally greatly harm Mario) | Unknown (Never got attacked on the series), Likely Large Mountain Level+ via power-scaling | At least Building Level+ (Was undamaged by an explosion that destroyed an arena), Higher with power-ups (A Fire Flower allowed Mario to endure numerous his from Metal Bowser)

Stamina: High (Can endure massive fights while wounded for a long quantity of time) | High (Should be higher than before, however, he has a 10-second limit that he can stay on this form) | High (After fighting for a prolonged period of time, and taking a brutal beating from Metal Bowser, was still able to unleash a large fire attack)

-Hammer: Mario carries a heavy hammer, almost of his own size, that is strong enough to deliver devastating blows to the enemies that he faces.

Intelligence: High; He is both a medic and a plumber; Experienced and skilled into fighting, knows how to drive.

Weaknesses: Refuses to put the life of other people into risk.

-Fire Manipulation: While Mario can only access his pyrokinectic powers with the Fire Flower, he has shown to be very proficient with it, able to use the fire not only to shoot slow and "hopping" fireballs, but to charge them, to fire much faster fireballs and to wound people on the level of Bowser. 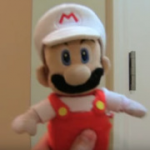 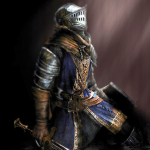