FC/OC VS Battles Wiki
Register
Don't have an account?
Sign In
Advertisement
in: Tier 10, Neutral Good, Creation Users,
and 6 more

Disclaimer: Credit to Raybean and Eclipse who made this table code.Credit to the person who made the music video. Character pic is public domain. 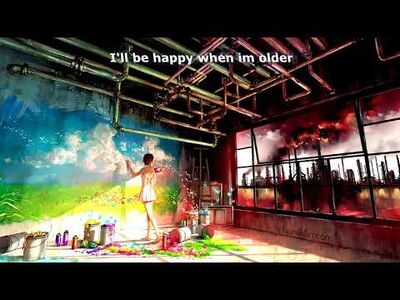 The little helpers has mysterious origin; they were later taken by the Illuminati after having strange activity and various reports about the children orphanage.

Containment Procedures Needed:  No special safety procedures are needed for Xeno-210. They have full rights to freely travel around the facility as long they do not attempt at entering restricted rooms or exiting the building without authorization. Both Xeno-210 are to be supervised when interacting with others Xeno classes.

Any cases of casual contact with staff are permitted, but due to our job, it is highly prohibited to form any strong attachment to these creatures. Breaking this rule will result a warning and if broken again, the subject is to be sent into psychology exanimation.

Please note that interaction with Xeno-210 is to be respected and cared like pet; mistreatment or performing tests without staff-acknowledge is forbidden and will be faced with jail time or possibly be fired depending on the severity of the situation.

Synopsis: Xeno-210 (nicknamed the “Little Helpers” by staff) is a singular and sometimes group of unexplained quantity with appearance of square human, resembling somewhat humanoid-cartoon made of cardboard box. Xeno-210 is roughly 10 cm in height, with each instances of Xeno-210 bearing the same appearance overhaul.

Instances of Xeno-210 are classified as Xeno-210-B due to the main subject having the tenacity to duplicate themselves in unknown proportions. Xeno-210 use of duplicating itself had been worry for many of the staff but there is limit of how much they can make. Xeno-210-B is created when Xeno-210-A converses another material made of cardboard, capable of creating more instances of it through using simple a scissor and glue.

Due to their uses of treating the mental ill, The U.N. Council has decided that Xeno-210 is allowed to be back into society and is proposed for them to enter into children daycares and individuals with mental problems.

It should be noted that the subjects requires no need in eating, sleeping or even oxygen. Personal is not required to care or maintained them unless otherwise noted.

Origin: Xeno-210 was recovered after reports of strange activity happening in children orphanage of (DATA REDACTED.) Psychology changes of the children have been noticed, showing signs of joy and laughter when Xeno-210 is around. Before taking Xeno-210 away, a monster child ran up to one of the researchers with note at hand. After opening the note, the message displayed is crude handwriting of the child.

To our little friend,

Thank you for the joy and kindness you brought us.

I hope you know how blessed we are to had you with us and we'll always love you.

-Children of The Orphanage

Creation and Duplication (Able to create more of itself, buildings and objects with the use of cardboard material. They are known to be highly creative as they have read various books about architecture and have known to strategize in using what type of structure/object/planning to perform depending on the situation.), Self-Sustenance (Type 1,2 and 3) and likely Immorality (Type 1, does not age due to being animated object.), Inorganic Physiology (Possibly type 2 as they are only living and moving cardboard person.)

Attack Potency: Below Human level, possibly higher depending on their group size and made-shift object.

Lifting Strength: Below Human level, possibly higher depending on their group size and made-shift object.

Striking Strength: Below Human Class, possibly higher depending on their group size and made-shift object.

Durability: Below Human level, possibly higher depending on their group size and made-shift object.

Range: Standard Melee Range to higher depending on what them build

Intelligence: Gifted. Is incredibly creative as they known to have build various constructions and objects through the use of cardboard.

Weaknesses: Weak to fire and can easily be crashed by big objects such as human foot. In order to make something, they need cardboard, scissors and some glue.