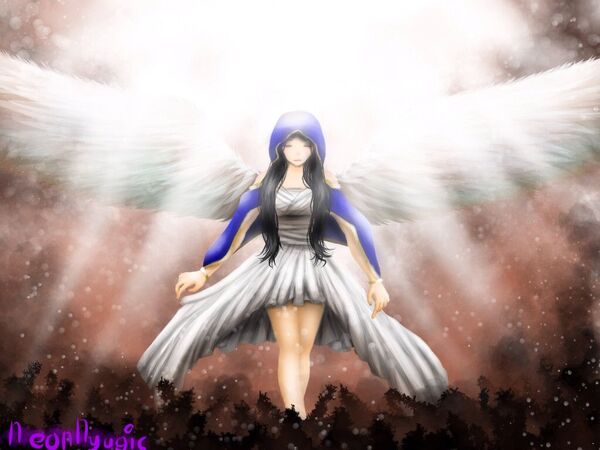 Aphmau is the protagonist of the series. Aphmau, in the beginning, was a normal Minecraft player who has spawned into a newly generated world. Upon spawning she almost immediately finds a village. She has no other memories of her past, and that is addressed in. t is revealed by the witch Hyria that Aphmau is actually Lady Irene (also known as 'Irene the Matron'), a member of the ancient Divine Warriors, who protected the land many centuries ago, and was resurrected into the world by Vylad.

Powers and Abilities: Superhuman Physical Characteristics, Flight, Reality Warping (Gods have the natural ability to alter the appearance and distort realms), Creation (Can create entire realms from nothing), Life Manipulation (Has the ability to grant life to entities and can even bring back the dead), Non-Corporeal (The Gods are spirits and don't naturally have a form), Spatial Manipulation (Can create rifts in Space-Time and traverse to other realms in the multiverse), Healing (Can heal minor wounds and even fatal injuries with ease), BFR & Sealing (Can send entities to various realms and trap them in multiple realms), Law Manipulation & Physics Manipulation (Can create entire realms, each of which follow different laws of physics and has different rules that govern said worlds), Immortality (Type 4), resistance to Life Manipulation & Death Manipulation (Not bound to the cycle of life & death. Is the only god to exist outside of it altogether), ETC.

Attack Potency: Low Multiverse Level (Lady Irene was able to create multiple realms just to trap Shad the Destroyer, in addition Lady Irene is comparable to Shad himself, who was able to escape said realms by destroying them altogether. Gods can distort and control realms in their entirety)

Speed: Massively FTL+ (Should be comparable to Shad, who himself can supposedly traverse entire realms that are all infinite in size, in a short timeframe)

Striking Strength: Low Multiversal (Can easily create several dimensions and maintain them through sheer willpower. Physically on par with Shad, who is capable of destroying multiple realms with ease and thus earned the title "Realm Breaker")

Durability: Low Multiverse Level (Can survive being attacked by Shad and other comparable beings, the former of which can destroy multiple dimensions through sheer power. Her ability to naturally sustain realms through will makes grants her this durability as well)

Range: Low Multiversal (Gods have the ability to create, sustain and control multiple realms within the multiverse)

Weaknesses: Is mostly a Pacifist, is prone to having her memories removed should she desire it

Note: It's revealed that Aphmau & Lady Irene are one in the same. Just that Aphmau is the physical body Lady Irene uses to interact with the world (albeit without memory of who exactly she originally was)

Retrieved from "https://fcoc-vs-battles.fandom.com/wiki/Lady_Irene_(Aphmau)?oldid=308224"
Community content is available under CC-BY-SA unless otherwise noted.