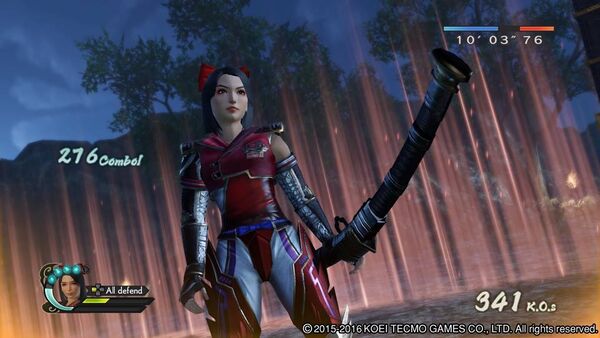 From an early life, Kotaro was set to rule in the family business. When her father began to suffer from disease, he was forced to make a young Kotaro grow in the shadows, raising her from a high level of prestige and into the Yakuza’s most seedy underbelly - deeper than any level and bordering on the levels of an Illuminati. As the heir, Kotaro was assisted by her father’s most trusted bodyguards as her tutors and would learn how to manipulate, kill, and trade information worldwide.

With this level of power, Kotaro’s mind was beginning to break. Her early life ending as she was forced to witness the ugliness of humanity. Wishing nothing more than to be anything else, the girl was gifted with her awakening: her ability to manipulate radiation had resulted in the evacuation. As a result, Kotaro’s newfound life was beginning. She forsaken her humanity, and prepares for her ultimate goal: to eliminate humans before her people - Superhumans - are taken out first.

Kotaro is of average height and sports slender yet muscular features to keep an androgynous feature (usually her arms and legs). Despite this, she often wears red clothing and lipstick with a bow to maintain a stance of power and influence as well as show her fiery nature. Fair skinned, Kotaro has naturally long hair and wears occasionally wears green, black, or dark blue nail polish

As someone who forsaken her humanity, Kotaro is cunning yet soft-spoken, preferring to not get her hands dirty. Despite this, when she needs to fight, she can become sadistic or confused depending on the foe, willing to torture humans but trying her best to not kill a fellow Superhuman unless she feels forced to. Her cunningness typically manifests in making moves only when shes sure to win, be it in political scandals or handling other people. With her desire to leave only Superhumans, Kotaro refers to such as brothers and sisters, giving her a bit of a Messiah Complex as she refers to her planned genocide of humans as a preemptive attempt to avoid history from repeating itself and seeing her people slaughtered, tested, or treated with the same racism that was seen across history. This in particular goes to those who have once helped her as she will often comply with them and try to not make their lives worse in attempts to keep from losing potential allies. This example is when she kept herself from killing Clara Oxford due to Levy protecting her in the past as she desires to have someone as strong as her on her side.
Ruthlessness comes into play when Kotaro is pushed in a position where politics come to play. While she can start a war whenever she so desires, she feels it best to keep everything on a status quo, a slow but steady way to obtain a world where humans will be eradicated. Shes polite to her men, and anyone loyal to her typically get rewarded with the luxuries of homes, business, and free dental and healthcare.

Powers and Abilities: Superhuman Physical Characteristics, Manipulation of Nuclear Fusion and Fission, Explosion Manipulation, Flight via Black Bird and Diving Moth, Enhanced Senses, Weapon Expertise (trained in Iaidō and Kashima Shinden Jikishinkage-ryū as well as Naginatajutsu as well as nunchuck, and various firearms), Hand to Hand Combatant (taught in Tenketsu Jutsu and Kyushojutsu - which aims for pressure points, as well as judo, sumo, systema, muay thai, eskrima, and aikido) Plasma Manipulation, Heat Manipulation, Regeneration (mid-low) - Survived a sniper round to the back of the skull and recovered before it could finish her off,Heavy Resistance to radiation, and toxins, Durability Negation via radiation poisoning, Absorption (can absorb radiation and particles that compliment it to boost her powers and resupply herself), Can melt steel and warp glass by her heat emissions | Disintegration and Reassembly (can turn herself into nuclear particles and put herself back together), Statistics Manipulation (can get stronger when exposed to any source of radiation), Resistance to Mind Manipulation (willpower is strong enough that it took two Espers to even breech her mental defenses), Radiation Bomb Manipulation, Fallout Manipulation, Regeneration (High - can reassemble herself but only if she does it willingly)

Attack Potency: Multi-City Block, likely far higher (claims to be able to make stars but has yet to prove this, has blown apart city blocks and threatened to destroy a city) | At least Multi-Continental

Intelligence: Genius. A master of political sabotage, history, and manipulation. Multi-lingual and a capable fighter

Range: At least hundreds of meters with nuclear powers, likely higher I Planetary (can reach the O-Zone layer with her abilities)

Weaknesses: Isn’t immune to her own radiation output, can abuse her power to the point of exhaustion, overusing her healing will result in cell death - shortening her life, while she can repair her body from severe damage, decapitation can still kill her. Abusing fusion material can use a lot of stamina and calories | Can only regenerate completely from self dismantling, can still die if decapitated. Despite mastering her output, can potentially abuse her power output.

Melting Snow: Kotaro raises the heat around her, the heat can slowly reach up to 7.2 trillion degrees F (4 trillion C). However, raising the heat to this level, even in the short range it allows - risks cataclysmic destruction that she refuses to allow

Star Bombs: Creates nuclei orbs that can float around Kotaro and scatter, as she sets them off, the orbs erupt into radiated blasts

-Can set them off, making eruptions of radiation

Attraction: Kotaro can bring in any and all radiation to her, clearing it from a person’s body, cleaning environmental locations, or even absorbing it from microwaves, UV Rays, and X-Rays. Absorbing this can rebuild her at an enhanced rate or allow her more supply of radiation and nuclei. The range of this can extend out of the planet’s O-Zone

Solar Flare: Using her nuclear fusion, unleashes an eruption of pure radiated blasts. Prior to the time skip, she could destroy entire buildings

Pripyat: Kotaro combines her various trainings of weapon and hand to hand with her nuclear abilities, each hit leaving an explosive aftershock that can disorient if dodged

Black Bird: Kotaro flares up nuclei and use them to create makeshift wings and fly. The wings can dissipate over time and be reformed

Disaster Moth: A technique similar to Black Bird, Kotaro flares nuclei into wings and flies into the air. She will then divebomb at the nearest target with enough force to destroy a city block

Otaki: Boils a vat of fusion particles and converts them to fission, making a massive explosion that can engulf a city block / city in one fell swoop

Doomsday Clock: Kotaro engulfs the entire country fusion and fission particles, making what appears to be black wings closed in on themselves

Fallout: Used after Doomsday Clock, the wings begin to drip a rainstorm of radiation, ensuring nothing survives.

Retrieved from "https://fcoc-vs-battles.fandom.com/wiki/Kotaro_Reiju?oldid=158718"
Community content is available under CC-BY-SA unless otherwise noted.