FC/OC VS Battles Wiki
Register
Don't have an account?
Sign In
in: Characters, Colonel Krukov's Pages, Male Characters,
and 20 more 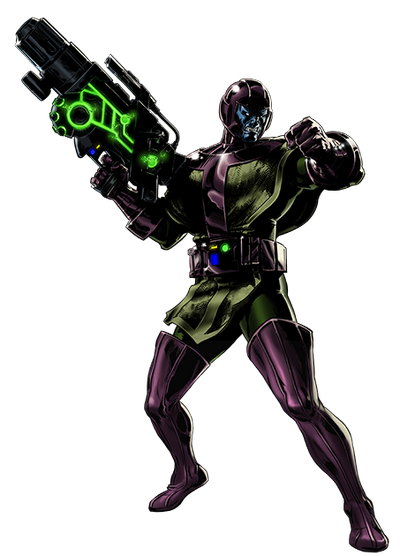 In the year 3000, a distant relative of Mr. Fantastic named Nathaniel Richards discovered the secret of time travel. Using the technology of the future to enslave the past, Nathaniel carved an era-spanning empire under the moniker of Kang the Conqueror. As enigmatic as he is powerful, Kang's devotion to preserving the timeline exceeds even his desire for conquest. Official Bio

Ruler of millions in both the past and future, Kang the Conqueror may be the greatest adversary the Avengers have ever known. His mastery of time travel has allowed him to steal the technology of a dozen timelines and carve an era-spanning empire. Official Bio

Stamina: Godly. Kang is relentless and doesn't show any signs of fatigue, even in the longest of battles. He can even take attacks that are specifically designed to exhaust and shrug them off like it was nothing. He is well known for conquering civilisations with ease, and he just seems to be ready for the next era to conquer without needing rest.

Range: Melee range with the Maha-Kalpa. Hundreds of meters with temporal cannon.

Intelligence: Supergenius. Master of temporal technology, and technology from many different eras from the past, present, and future, which has allowed him to create an empire spanning many eras. Master strategist and planner. Expert on history due to travelling to many different era's. He also has the combined knowledge of Kang's from all different timelines.

Weaknesses: As much as he has a desire for conquest, he finds that protecting the timeline to be his greatest priority and will go to great lengths to do so.

Note: I will be comparing Kang to his 616 counterpart, so I'm giving credit since I will be taking some content from his page from here, here, and here.