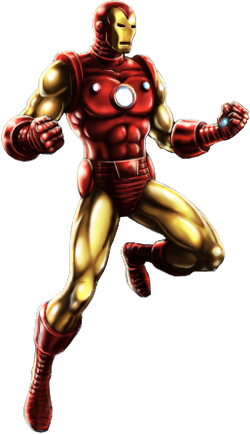 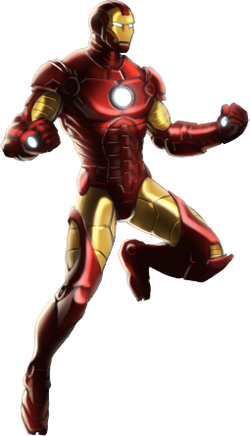 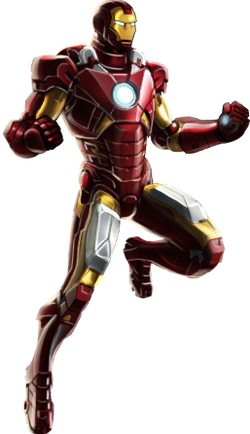 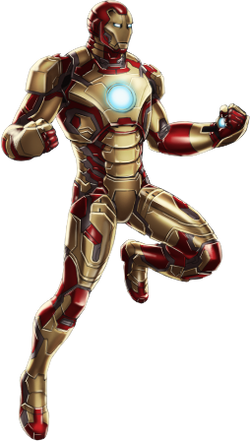 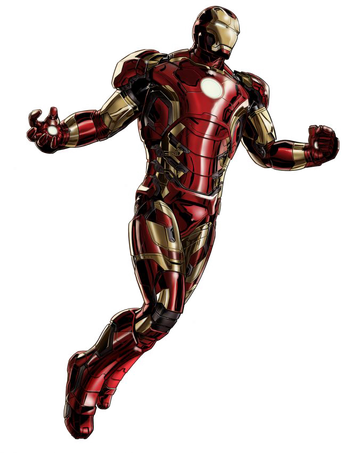 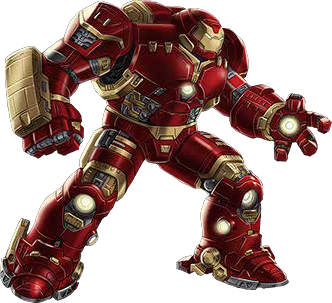 Visionary, playboy, billionaire, Tony Stark is one of the founding Avengers and - thanks to the constantly evolving Iron Man armour - one of the more formidable combat assets in S.H.I.E.L.D.'s arsenal. His cynical demeanour disguises a deep belief in himself and the power of the human mind to invent its way out of problems. Official Bio

Unique Weapons: The Iron Man armor (or “weapon,” as some Congressmen would have you believe) that provides its user flight, super strength, invulnerability, and at least two types of energy weapons (repulsor rays and “Uni-beam”) along with a number of other technological advantages.

Known History: Anthony Edward Stark, son of legendary weapons manufacturer Howard Stark, sped through school, ultimately enrolling in MIT. His parents died in a car accident around this time, leaving him with no authority figures to guide him through life. They also left him Stark Industries, the company his father founded.

Stark was a natural at weapons design, and he steered his company to a top position in the defense industry until he was captured by insurgents during a product demonstration in Afghanistan. Stark was seriously injured in the process, and had to install an electromagnet in his chest just to keep shrapnel out of his heart. The same electromagnet powered the first version of the Iron Man suit, which he built to escape his captors.

Since then, Stark has continually refined the armor, and by any objective assessment it’s probably the best armor for any man who wants to go into battle.

Observations: “The usual suspects have asked Stark if they can mass-produce it for military use, but he’s refused thus far, claims he’s got a conscience now. Hard to believe, but he did move Stark Industries out of the weapons business.

“Except for his own personal weapon, of course.” — Jasper Sitwell

“Stark’s done a lot of work with and for S.H.I.E.L.D. - he may be an arrogant loudmouth, but his heart is in the right place. With a clear objective and working on his own (so there’s no one he can offend by shooting off his mouth), there’s no one better. “ — Maria Hill Marvel XP Dossier

All Model 35 abilities plus an additional Energy Shield, can change between a blaster and tactical stance

Superhuman Physical Characteristics, Statistics Amplification (With Iso-8), Flight, Explosion Manipulation, Fire Manipulation, Deflector Shield, HUD, Preparation Mastery (Forged Uru weapons that helped defeat Cul and his worthy), Energy/Electricity Absorption, Hacking (Capable of breaking enemy encryption from organisations such as RAID), Resistance to Energy based attacks, Stun attacks, Electricity Manipulation, Technology based attacks, Magic (Was capable of entering a museum which had magical artefacts emitting energy which his suit was resistant to), and Hacking (Unable to be hacked by characters like Ultron).

All Model 35 abilities plus Adaptation (When part of a team), can change between a blaster and tactical stance

All Model 35 abilities plus Probability Manipulation (His shield has an advanced algorithm that can predict enemy attacks), Summoning (Can summon his other armours to fight alongside him), Radiation Manipulation (His repulsor cannons inflict additional radiation damage over time), Blood Manipulation (His missiles are extremely effective at causing large cuts, causing massive blood loss), Durability Negation (His laser attacks bypass defence, melt armour, and causes burning enemies to explode) (His unibeam does extra damage to shielded enemies and completely bypasses their shield, as well as preventing further shield applications), can change between a blaster and tactical stance

Same abilities as the Mark 42, exploits and does extra damage to those who are actively increasing stats and who have Regeneration abilities (Can also grant this ability to allies), can absorb energy to increase his stats, missiles can ravage the enemy which increases bleeding damage, can summon and equip his Hulkbuster Armour, can change between a blaster and bruiser stance

Same abilities as the Mark 42, plus extra damage against gamma infused characters as well as characters who are suffering from radiation (Has the ability to share this ability to allies too), can rapidly drain enemy stamina, can remove and prevent Statistics Amplification from enemies. Can change between a blaster and bruiser stance

Intelligence: Extraordinary Genius. A strategic genius with a long history of combat experience. Built his first armour in cave with a box of scraps and has refined the armour since. Capable of designing specific armours to combat certain threats. Is also a businessman that runs a multi-billion dollar corporation. He also has a natural reassuring charisma that can assure people that things are will be okay, restoring faith and hope in allies.

Weaknesses: Not as strong without any of his armours

Note: I will be comparing Iron Man to his 616 counterpart, so I'm giving credit since I will be taking some content from his page from here and here.