FC/OC VS Battles Wiki
Register
Don't have an account?
Sign In
Advertisement
in: Tier 9, Neutral Good, Speedsters,
and 8 more

Disclaimer: Credit to Raybean and Eclipse who made this table code. Credit to the person who made the music video. Character pic is owned by me, bought it from fiverr. 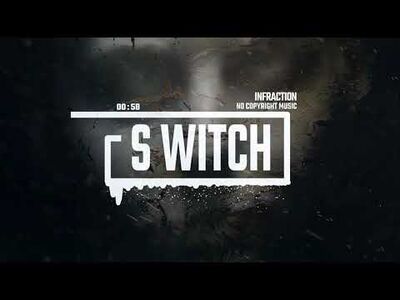 "I am fast, faster than you can possibly imagine. I'm like lightning and thunder, lightning that comes out of the sky and strikes the ground. You will find me in your midst and you'll never know where I am. So you better watch out budd, my speed is infinity and it can overtake yours in a flash."

Infinity Girl (Real name Asuga) is one of the members in The League of heroes. She is considerably known to be swift person in the known planet due to her species having special ability of being the fastest monster species in the world. Asuga take great pride of what her species is capable of doing and sometimes like to boost about being the fastest person out there. Despite all of that, her pride won't blind her from doing superhero work.

Prior of her becoming superhero, she was obsessed of being the fastest of her kindred. This obsession became more after years of bullying by her own kinsmen due to lacking her inherited super speed. This resulted her life to break her limiter by exercising all day, every time she wakes up and has pushed her body to the limit as Asuga wanted to die from exhaustion but her determined kept her going. After years and months, she broke her limiter, unlocking her inherited super speed.

Rather than using her super speed to bring revenge towards her bullies, Asuga chose to help bullied victims in recovering and had at one point fight crime. Her actions were alerted by The League of heroes as she acceptably join them after invite.

Superhuman Physical Characteristics, Statistics Amplification, Acrobatics, Alternate Future Display, Intangibility, Summoning, Telepathy, Instinctive Reaction, Afterimage Creation, Acausality (Type 1, 2 and possibly 3), Limited Dimensional Travel, Kinetic Energy Manipulation, Perception Manipulation, and Space-Time Manipulation (Being the fastest known monster in the planet, she can phase through objects by shaking her whole body. Able to increase her Kinetic Force through running faster than before and when she runs, onlookers see her as she'd had disappeared out of thin air while Asuga's perceptive around her slows down like a snail whenever she runs. Moreover, she is capable of manipulating the timeline through entering the time stream by running fast enough while bringing her thoughts to reality for the new timeline; has the ability to travel back in the past or future to make some changes without suffering any negative effects whatsoever. She has psychic link with countless versions of herself and always can see their alternative lives while having ability to alert each other of their presence. She can only travel to dimensions of where her alternative versions are at. She can also produce afterimages in certain speed to confuse her enemies. Asuga is capable of maneuvering movements in dodging attacks and her species has inherited ability to dodge incoming attacks by instinct.), Resistance to Madness Manipulation and Mind Manipulation (Understood the form of daemons and her mind is hard to break inside due to her way of thinking being faster than attosecond.)

Attack Potency: Up to Solar system level (With her signature "infinity punch", she has to run around the planet to reach this level of strength as it is the only attack that can hurt and knock out Rupert.)

Speed: Massively FTL+ (Can perceive events around her within attosecond. Able to outrun teleportation and the speed of light itself.), Immeasurable by running through time.

Striking Strength: Up to Solar System Class (With the infinity punch)

Durability: Street level (Survived from having one of her legs hit by baseball bat.)

Stamina: High (As long she has got enough food for her fast metabolism, she can run non-stop until she starve to death.)

Weakness: Requires to eat a lot of food as running drains her metabolism. She is overconfident whenever she is in fight and holds back to annoy them and later knock them out. Refuses to kill. Despite being incredibly fast and agile, she lacks the necessary durability to survive big hitters. She has to slow down in subsonic speeds for producing afterimages.