FC/OC VS Battles Wiki
Register
Don't have an account?
Sign In
Advertisement
in: Ovenverse, Male Characters, Protagonists,
and 14 more 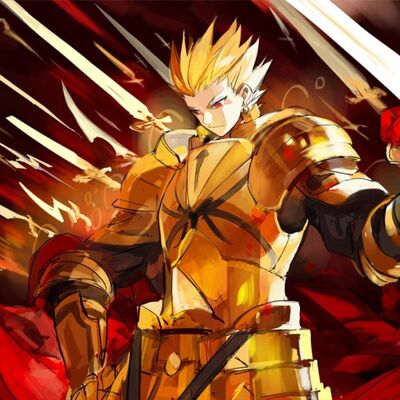 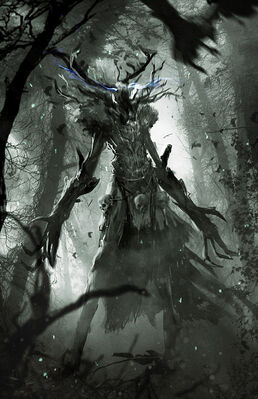 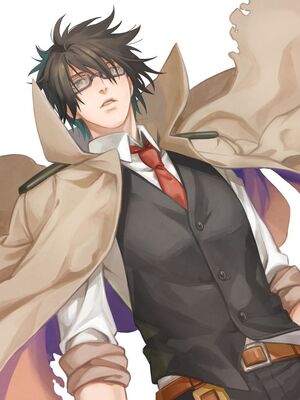 Hunter is second member of the 4 Horsemen and is designated user of the Trait, Pestilence. Though considered the weakest of the Horsemen, what he lacks in strength and power he makes up with immense intelligence. At an early age, Hunter was kidnapped by a cult known as the Plague and subjected to torture of the mind, body, and soul. As a final act of torture, he was killed by the one person in the entire cult he considered a friend. However, just before he fully died the cult leader's trait rejected its host and bonded with Hunter instead. This forced Hunter back to life and made him immortal, cursed to live a life of constant pain to fuel the Thorn that gives him his powers.

Name: Hunter Freemont | Pestilence, Monster | Conquest, The True Guesser, the Annoying One, Final Boss, Con-Man, Leech, Time of Triumph, Lord of Gold and Sorrow, He Who Dared Violate a Valkyrie, and many more

Age: 21 at the beginning of Horsemen, ageless by the end.

Attack Potency: At least Large Town Level+ (Stated to be physically the weakest Horseman, and is significantly weaker than even Zaniel), up to Mountain level with Pain Train (Fought against a serious Mako, however he was still nowhere near as powerful) | At least Large Mountain level (Significantly more powerful than before) | Multi-Continent Level (Should be comparable to the other Horsemen, all of whom were stated to be capable of razing planets on their own) | Unknown physically (Hunter was never shown to harm anyone without the use of Thorn), at least Solar System level with the Coat of Thorn (Thorn was stated to be found as a solar system wide cluster of living matter, consuming whole planets and stars) | Unknown physically, Solar System level likely Multi-Solar System level with hax (Hunter was regarded by Zaniel as the second most powerful Horseman by Zaniel himself. Stated that no one in the universe sans Zaniel and Lunaris could match his power.)

Durability: At least Large town Level+ (Should be able to withstand the force of his own punches, but is easily hurt by the other members of the Horsemen), Mountain level with Pain Train | Unknown (Is very vulnerable to physical damage in this state and is constantly deteriorating), Large Mountain level with assorted weaponry (Hunters weapons are capable of tanking the damage they output) | Multi-Continent level | Unknown physically (Was never seen to be physically harmed), Solar System level with the Coat of Thorn (Tanked hits from Izali generals) | Street level physically (Due to the nature of his powers, Hunter is very hard to harm. However, simple knives and guns have wounded him in the past before), at least Solar System level, likely Multi-Solar System level with the Coat of Thorn, regeneration and the nature of his existence make him very hard to kill

Stamina: High (Can fight for extended periods of time before being fatigued) | Low (Hunter has at most 10 minutes in this form before he starts deteriorating into dust) | Limitless (Stated that Horsemen don't get tired, they get bored) |Limitless (Hunter states that he doesn't get tired anymore after 'conquering' fatgue) | Limitless

Intelligence: Stated as the most intelligent of the 4 Horsemen, capable of compensating for his lack of strength with a strategic combat style and durability negation.

Weaknesses: Hunter is arrogant and narcissistic. He is selfish and will deliberately put himself in harms way because he thinks his regeneration will save him anyway. Without his mother and Janice as 'mental anchors', Hunter is prone to giving in to his sadistic side and letting his Trait consume him. | The sheer amount of energy required to attain this form depletes Hunter's Soul Energy reserves and thus he is very vulnerable to damage. This form only lasts 10 minutes before Hunter's body starts breaking down. | Hunter cannot control who is affected by his passive abilities. | The Will of Conquest only spans 5 meters around Hunter and does not negate anything deemed 'normal' by universal law. The law of the universe can be rewritten making abnormalities normal, thus bypassing the Will of Conquest.

Soul Energy is energy that is projected from the soul and is used to perform deadly attacks. More proficient users of Soul Energy are capable of manifesting it as solid constructs or enveloping it in their weapons to give them elemental attributes or status effects. Hunter however, does not possess a soul, and has to rely on the Soul Energy reserves that Thorn contains for him. Should Hunter use up this reserve, he will be completely consumed by Thorn.

Hunter’s corrupted Trait. Using it allows Hunter to rot and decay anything he touches. Hunter is also capable of creating small creatures such as flies, lizards, or locusts that can disorient foes, or even explode with some species variants. Some species of animals have unique traits that are beneficial to Hunter, such as the Construction Ants' biological reconstruction ability, that allows him to heal wounded allies, or the Swordsting Bee's highly corrosive venom to cut through walls or locked doors. Hunter's body is also more akin to a tree than it is to a human body. Hunter can use this to regenerate lost limbs almost instantly and even reshape his body parts into lethal weapons. His blood is a highly toxic form of tree sap that is corrosive, poisonous and a little radioactive. This makes Hunter immune to any form of poison or toxin.

After Hunter absorbed the Void and released the Izali's seal on the world, Hunter was given unrestricted access to Conquest's full power. Like the rest of the Horsemen, Hunter was given named abilities from the Origin of Creation. Said named abilities that he obtained were 'Conquest', 'Triumph' and 'Void'. Due to the true nature of Hunter's abilities, he is considered a creation outside of creation and the void outside creation. This state of being makes him extremely hard to kill or harm permenantly.

- While visiting an undead zombie infested planet, any zombie that crossed his 5 meter barrier collapsed into an unmoving corpse. As stated by Hunter: "Dead bodies can't move, much less attack you."

- While standing beside him, Zak was unable to use any of his abilities, thus confirming that Hunter's powers work on his fellow Horsemen.

- Was completely unaffected by abnormal shifts in gravity caused by 'alien technology'.

- Valkyries lose their wings and become average human women within his 5 meter barrier.

- Most alien species that cross his barrier cease to exist as the universal concept of an 'alien' is not known to exist by a vast majority of the universe.

- Completely negated the destruction of a planet through spaceship bombardment. Hunter's response for this was that since the technology that caused the planet to explode was abnormal, the energy blasts never hit him nor destroyed the planet he was standing on in the first place.

- Fought against the combined efforts of Zentu, Lunaris, Zaniel, Odeus, and Lylius and survived a simultaneous bombardment from the five of them.

- Turned Lunaris into a mortal middle aged woman when she crossed his 5 meter barrier. However, she was still able to contend with him in hand to hand combat thanks to her thousands of years of experience, and Hunter's poor physical stats.

- Zentu was split into multiple beings with multiple personalities after attempting to grab Hunter due to the average consensus of his existence throughout the universe is split between different religions and different interpretations of him. A vast majority of his powers were also taken away from him as a significant portion of the universe did not believe in him.

- Reacted to, and even grabbed the Spear of Zentu after it was thrown at him, turning it into a regular piece of iron rebar.

- After the aforementioned spear grabbing feat, Hunter then proceeded to beat the entire High Council into submission with the piece of iron and was only stopped when Angeline told him to cease.

- Cut a deal with Casem to maintain the normalcy within any universe he inhabits to his specifications, effectively causing the Will of Conquest to be effective everywhere Hunter goes.