FC/OC VS Battles Wiki
Register
Don't have an account?
Sign In
in: Greek Gods, Neutral Good, Female Characters,
and 18 more

Hera is the Queen of the Gods and is the wife and sister of Zeus in the Olympian pantheon. She is known for being the Goddess of Marriage & Birth. Despite being the Goddess of Marriage, she was known to be jealous and vengeful towards the many lovers and offspring of her husband Zeus. She is also one of the most powerful deities in existence standing above high class deities. Due to her strength and intelligence she is highly respected among all gods and even primordials. She is a frequent member invited to God council's as her judgement is always superior to others. She was the one that enacted the hands off policy cause she was able to know God will be taken out by her own children so they don't even need to sacrifice members to take her out. As such she is willing to destroy anyone that goes against it. The plan ensures that no gods will interfere with anything Yahweh does unless it affects them directly.

Hera is one of the biggest threats to Atlas and his crusade against the Gods. She also had a role when the dragon gods returned when she challenged Malacast and was defeated. Hera unleashed Typhon to hope he would take out all of the dragon gods before they can take him down again, her plan backfired, as everyone helped to take on Typhon, and she was sent to Tartarus along with Malacast.

Rhea and Hera are considered the strongest duo, Mother and Daughter Duo, as well as the Queen Duo. This is because the combined might of their battle prowess while fighting together is extremely good to an unfathomable degree. Rhea and Hera developed a synergy of fighting with each other for for trillions of years, practicing an immeasurable amount of combo attacks. The two of them together is said to be impossible for anyone to defeat. Even primordials have to respect the two of them being in the same room with each other. This duo is so potent, they felt all the other gods fighting with them was holding them back in the fight vs Echidna and Typhon, to which everyone agreed, which led to everyone seeing the duo in action. The two of them together were as effective as multiple powerful gods fighting together, with them included. Their fighting synergy is so well, they do not speak at all when they fight. They combo with their abilities and martial arts extremely in sync is what you would expect with two powerful beings with trillions of years to practice. This duo together is said to be capable of defeating the combined might of Olympus. 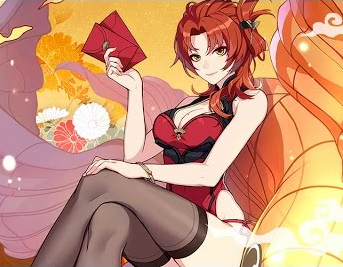 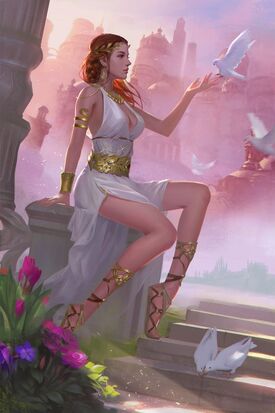 (WIP) Hera acts as a wise, mother-to-all like Goddess. She treats Gods, and angels as if they were her children. As for angels, this only applies when a common threat appears before them. Demonstrated when Death appeared at the god council, Hera was the one to take her own instead of letting the others fight her. She is also respectful of other beings, as such when Death appeared she teleported everyone inside the room into a void as to not destroy Salem's Academy.

Hera is quite intimidating without actually trying to do so. She has intimidated archangels, gods, and demons while maintaining a calm demeanor. She is seen as the scariest woman in the multiverse due to her calm intimidating nature. The only person not intimidated by it is Zeus, as he has seen the difference when she is actually enraged.

Hera is quite arrogant. As she is willing to take on most powerful threats herself. However this will lead to her downfall against dragon gods like Malacath.

Hera is very serious and often does not joke around. She is a no nonsense deity, and Zeus jokes this is the reason he has strayed from her from time to time. However this is not true, this only applies to matters that could involve life and death which she is commonly has a part in. She feels this is how she must be for the sake of others. She takes all of her serious work as serious as she could possibly be. However once even Aria made her crack a smile during a very serious moment.

Whenever Hera is not dealing with serious matters, she is seen to have a laughing issue which goes against how she is normally see. This takes away from her scary intimidating serious and calm nature she normally displays.

Hera is kindly cold. She normally does whatever she can to ensure peace and help others, but she has no issues utterly destroying those that cross or go against her in the worst ways possible. She told Michael if he was lying about knowing if one of his angels stole Gungnir, she would have him torn apart by argus, and she would heal him so he could be torn apart again. This is another reason people are afraid to cross her. God even becomes a little uneasy when she appears. Loki stated the reason people fear her is for her calm and serious nature, her strength, her wrath, and her intelligence.

Hera is a very smart individual, as most gods and angels would turn to her for advice on what to do. She is among the most intelligent in the multiverse.

Name: Hera, Queen of the Gods

Resistance to Reality Warping (Due to her complex nature, she is resistant to the effects of reality warping unless a higher being decrees it), Matter Manipulation (High resistance, unless a by a higher being), Time Manipulation (Due to her complex nature, stopping time does not make her immobile. She is not affected by the effects of the past and future), Power Nullification (In order for someone to be able to nullify her powers, they would have to be infinitely superior to her), Mind Manipulation (She is resistant to all forms of mind manipulation except illusions))

Lifting Strength: Class 5, Universal with Aura | Universal (Stronger than Ares and Athena but Weaker than Hercules and Atlas)

Intelligence: Supergenius. Is among the smartest beings in the series along with Salem (God Genesis)Salem, and Azura

Weaknesses: All demons, angels, and gods, normally have their aura's not activated in public as it adds detection. Which causes them to lose all their strength and abilities, except for regeneration. Massive head trama when their aura is not activated can cause them to be unable to activate it, although they will still heal non divine wounds. The Spear Of Longinus and Gungnir can kill or severely weaken her.

Divine Repelling: As technique shared among gods, The user can deflect power attacks with their palm and send it back where it came.

Purification Aura: Hera releases a powerful pulse from her body. This pulse repels all attacks and physcial attacks. She can alter the size of the pulse to cause more destruction. The larger the pulse, the more powerful. This ability makes it hard for even chief gods to harm Hera. She can activate this with her mind, eyes, and arms. If used with her arms, it becomes far more powerful.

Purification Beam: Hera fires a blue beam of light out of her hand. Thus beam, erases whatever it touches on contact.

Triangle of Annihilation: Hera uses a hand gesture, 3 staffs are created in the sky, and fall down in a triangle formation around the user. Often the opponent doesn't think much of it. When she activates it, the inside of the triangle becomes a beam. Annihilating the opponent from under. It reaches all the way up until it hit's the multiverse barrier. This attack is one of the most powerful in the arsenal of gods.

The Protector: Hera summons limbs of argus. They can be used to attack users and defend from attacks.

Argus Armor: Hera can imbue herself with armor from her divine protector Argus. She imbues her strength with the giant become stronger, and more durable than before. This boost is enough to fight with a serious Amaterasu and casual Ra.

Key: Base, Base with Aura | Argus Armor