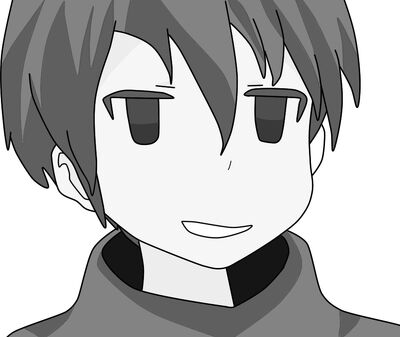 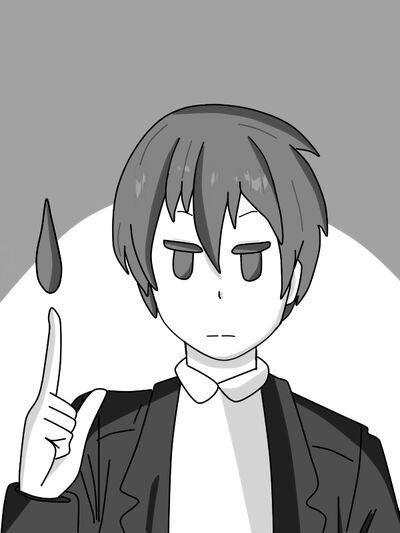 Hans is the main protagonist of the novel Short Tale of a Cursed Man, a teenager who despised life, and on a common day is cursed and sent to another world. In that world he befriends several people, while trying to end his curse.

His appearance is not very striking, and it has been stated that he looks like someone completely normal. He has black hair and eyes, normal features of a Japanese, he is not considered handsome, but neither is he ugly. His complexion is thin, although his body is somewhat trained. At the beginning his clothes were a white shirt, with a black jacket, but over time he changed it to put on a brown mantle that covers the upper part of his body.

At the beginning, he had a complete disinterest in the world and his life, besides being an asocial boy with an inferiority complex, however, after arriving in another world he has some changes. His personality changes constantly depending on the situation, but he is almost always apathetic, disinterested, because he is a misanthrope. Although from time to time he shows his good and kind side, mostly when he is with Konoa or his friends.

Date of Birth: Unknown (When he arrived in another world he lost a lot of his memories)

Dislikes: To people, crowds, but especially to self-centered people and people who have a happy life

Attack Potency: Human level (Before coming to another world, he was a normal otaku without any training) | Building level (Defeated a Lower Demon, which was already capable of destroying buildings. Stronger than Higher Demons, which can destroy several buildings. Hans defeats Higher Demons with ease), likely City Block via Wrath Curse (In a single attack he destroyed the Earth God, a being superior to all his opponents and who resisted several high-level attacks)

Striking Strength: Human Class | Building Class (His blows can damage demons capable of destroying buildings, and he can destroy the body of a God of almost ten meters)

Durability: Human level | Building level (Tanked attacks from the Earth God, who was far superior to him)

Stamina: Superhuman, his magic and energy recover quickly, and he can still stand in battle for hours.

Intelligence: Above Average. Hans can perform some strategies in a short time, thanks to his thinking is accelerated several times. He can know information about his opponent or objects, and memorize it without problems, even if it is a lot for the normal human brain.

Weaknesses: He is not an expert in fights, besides being lazy.