Godzilla is a fan-character created by Xmark12 for the FC/OC DND RP on the FC/OC Discord.

Godzilla was an irradiated established character that was summoned to destroy the town of Palegia and defeat our heroes. While it didn't succeed, it did manage to incapacitate Xander, and forced Oneiroi to do a suicide attack and get oblitherated, leaving them both to wait 2 days for their new bodies to form.

Godzilla is a giant grey lizard that has dinosaur-like features. (See picture for details)

Godzilla is a rampaging monster who is also bloodlusted. However, he does display some forms of intelligence, such as choosing who to kill and smirking when it's reactive evolution kicked in.

Attack Potency: Town level (Completely destroyed Palegia, defeated Early Game RP Nicomedes Oneiroi and Xander Reed, the force of his blast is comparable to a mini-nuke), possibly far higher (Survived the Seventh Heaven being brought down onto him.) | Solar System level (Matched Thor, with Thor comparing his strength to the Midgard Serpent, and Hercules had to put in extreme effort to overpower a simple stomp from him), higher with Transformations, Power-Ups, Preparation and Reactive Evolution. Can ignore conventional durability with Sound Wave and some equipment.

Speed: Peak Human with Supersonic reactions. (Comparable to the RP Team) | Supersonic+ Movement Speed (Crossed 4.7 kilometers in 5 seconds, from Gate Bridge to the last point in front of Alcatraz Island), Sub-Relativistic Attack Speed (His attacks can move this fast), FTL Reactions and Combat Speed (Kept up with SpaceGodzilla, who can telekinetically control his crystal projectiles, which move faster than his flight speed in space, and shot down SpaceGodzilla's crystals in midair), possibly Massively FTL+ Flight Speed (Travelled to Earth from the Godzilla Planet, which is located in another galaxy, though the method and timeframe for this is unknown)

Lifting Strength: Class 100 (Due to sheer size) | Class Y (Easily overpowered the magnetic beam of a spaceship capable of effortlessly hurling a moon-sized asteroid into deep space. Matched Thor, with Thor comparing his strength to that of the Midgard Serpent)

Durability: Town level (Survived some of the strongest attacks from the RP Team, and the Seventh Heaven being brought down upon it.), possibly far higher | Solar System Level

Stamina: Above Average (Could fight for hours long with no signs of tiring)

Weaknesses: Attacking its mouth while it’s charging Atomic Breath will automatically do twice as much damage. Encounters are only usable once per encounter, and dailes are only available once per day. | Man-made electricity, will explode if he absorbs too much radiation, destroying the second brain near his tail will paralyze him.

At Will (An ability that can be used whenever the user wants to use it):

Encounter power (An ability that can be used only once in every fight):

Daily Power (An ability that can only be used once per day):

In his unrestricted key, the time limitations do not apply. 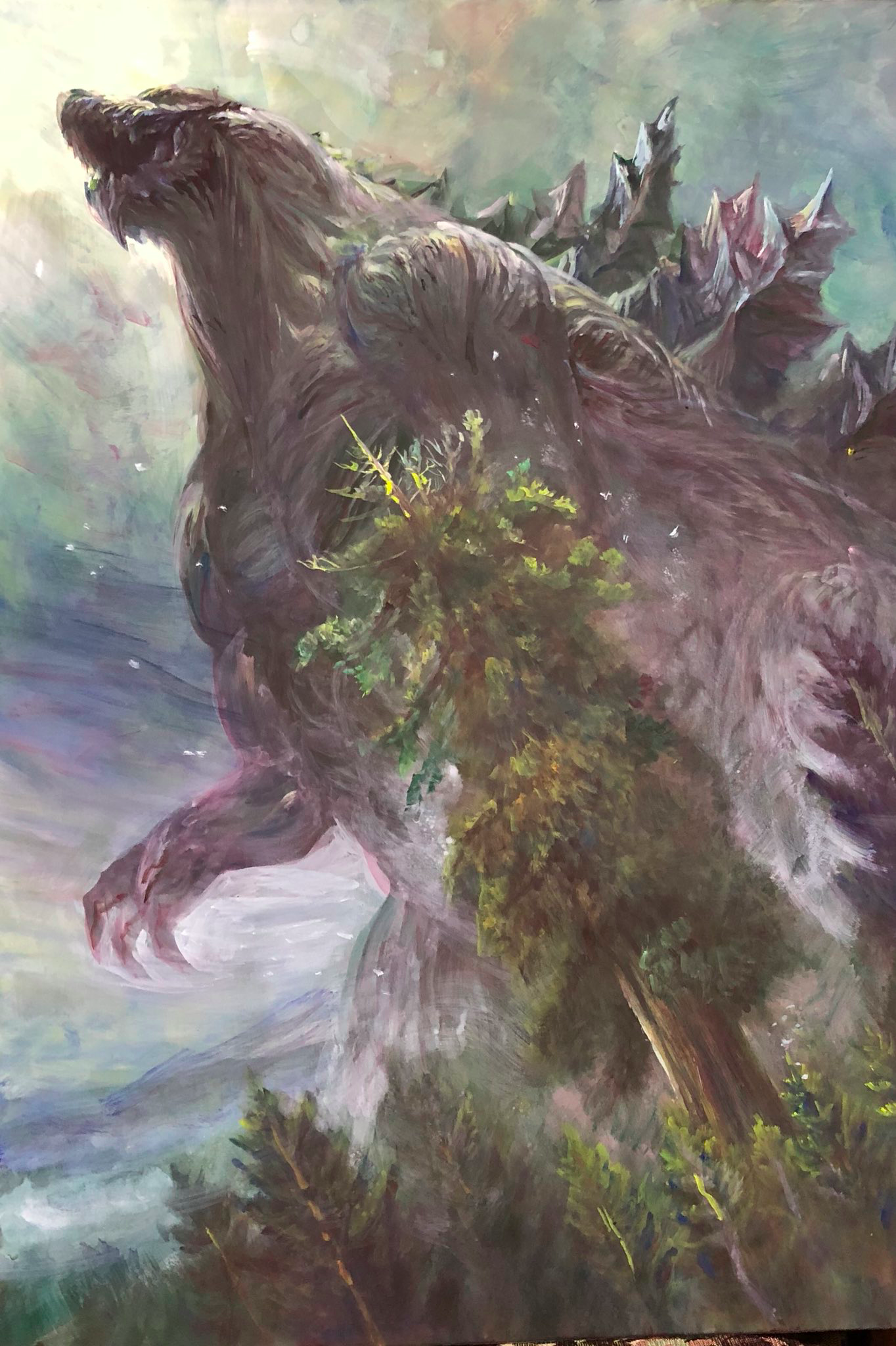