Fallout Equestria is a fanfiction written by Kkat. It is a My Little Pony: Friendship is Magic Fanfiction that features elements and plots inspired by the Fallout Series of video games.

Summary of the Verse

The story revolves around Littlepip and her friends, Calamity, Velvet, Steelhooves, and Xenthe's adventure across the post apocalyptic wasteland, a quest to make the world a better place. Throughout her journey Littlepip fights against many an evil, be it a mutant alicorn spawning abominations, or evil dictators. Most of the story sees the world of My Little Pony had it endured the Appocalypse and what would remain. Intertwining plot elements from both parent series.

As the main story was started fairly early in Friendship is Magic's production run (started 6 months after FiM's premiere), a lot of characters and feats solely scale to older feats from within the show, the absolute cut off point for the original Fallout Equestria story is before the introduction of Cadence, and Twilight's brother. Considering that, the verse is nowhere near as strong as the main series. Most of the stories characters Top out at Small Building Level with sparse weapons and characters reaching into Building Level or higher. The Goddess and Black Book however are Tier 7 via surviving and containing nukes and Side Character Ditzy Doo is the strongest when amped being able to create Sonic Rainbooms, a Tier 6 feat. It is also a fast verse with Calamity and Ditzy Doo moving at Massively Hypersonic and Relativistic speeds at their peak. While Littlepip was able to kill 4 guards before they realized what happened, placing most of the verse at least at Subsonic speeds. One area where the verse excels at is technology and magic related Hax. With devices being able to grant Type 3 and 6 Immortality to its users. PDAs like Pipbucks granting its users an encyclopedias worth of knowledge on their opponents conditions, track inventory, perform advanced calculations and spells, etc.

Side Stories or Further Fanfictions such as Project Horizons add immensely to the verse, with more characters reaching Building Level. Project Horizons main antagonist however, is astronomically above anything else mentioned thus far, and can contend with Friendship is Magic's top tiers.

Important Note on scaling to Friendship is Magic

Due to massive issues with scaling (Fallout Equestria finished barely after Friendship is Magic Season 2 started airing) scaling characters to the shows current canon is impossible. Only events from the first season should be considered, and even then with heavy scrutiny. Most characters fail to scale to Vs Battle Wikis 6-B rating for Friendship is Magic due to the Fallout Equestria taking several liberties in regards to power levels and who can do/survive what, with regards to the Fallout series.

Side Stories and a note on them

All Side Stories are non canon to the original Fallout Equestria, events and feats within them are to be self contained unless otherwise stated or noted within the story to intersect with other Side Stories. They may also fall in line better with the current VS Battle wiki profiles for Friendship is Magic characters depending on past events that are mentioned. 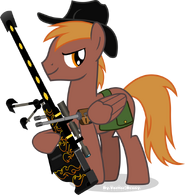 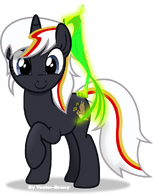 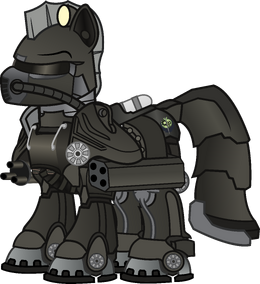 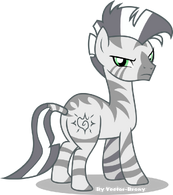 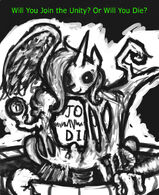 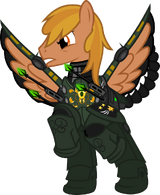 Creatures of The Wasteland 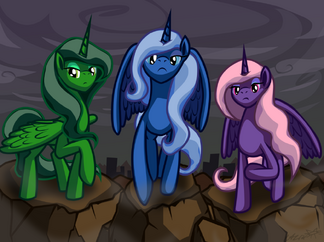 This page's content has been marked as 18+.
This page contains sexual or otherwise graphic content that some may find disturbing and that should only be viewed by those over 18 years of age. If you are under 18, you shouldn't be viewing this page.
THIS STORY IS FAR MORE GRAPHIC THAN ITS VIOLENT PREDECESSOR AND CONTAINS EXTREMELY DISTURBING SCENES, IF YOU WOULD LIKE TO READ THIS FANFIC YOU HAVE BEEN WARNED!!!

Project Horizons follows Blackjack and her friends, P-21, Morning Glory, Rampage, Lacunae, Scotch Tape, and Boo, in their own quest to better the Hoof and learn more about its dark past and the true meaning of the program EC-1101 and "Project Horizons".

If you would like to read Project Horizons you can click here to read the fimfiction version. 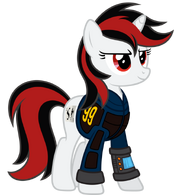 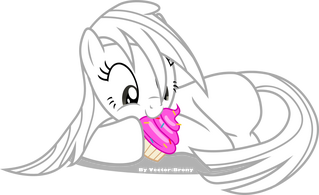 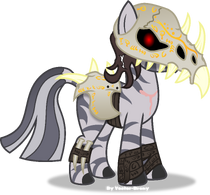 Pink Eyes follows the journey of the young and adventurous Puppysmiles down Route 52, as she follows her mothers trail in an attempt to reunite with her again. Helping various ponies and living beings along the way.

If you would like to read Pink Eyes you can click here to read the fimfiction version. 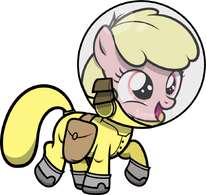 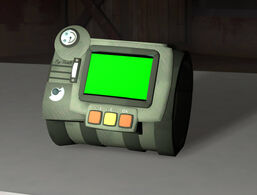 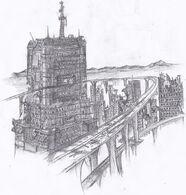