The Lion's Sin of Pride at his most humble state, unable to harm even the weakest being 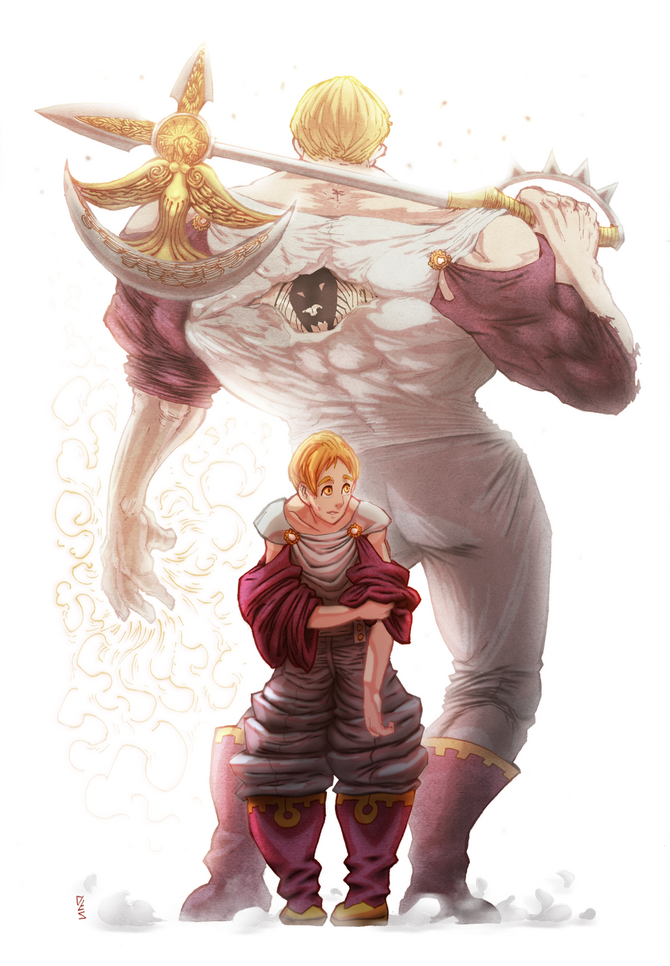 Early Morning - Wolf and Tiger Class, flee, for you stand no chance against the light 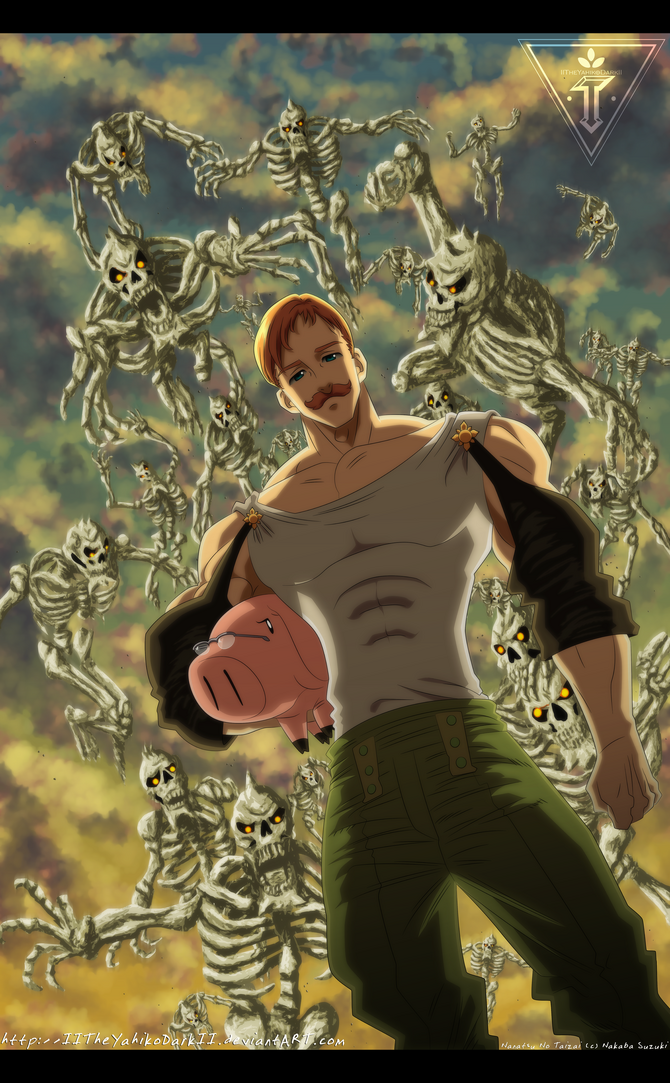 Late Morning - Demon Classes are vanquished by his existence. Even Dragon Class will only give him minor trouble. Only an Overlord Class can survive his appearance 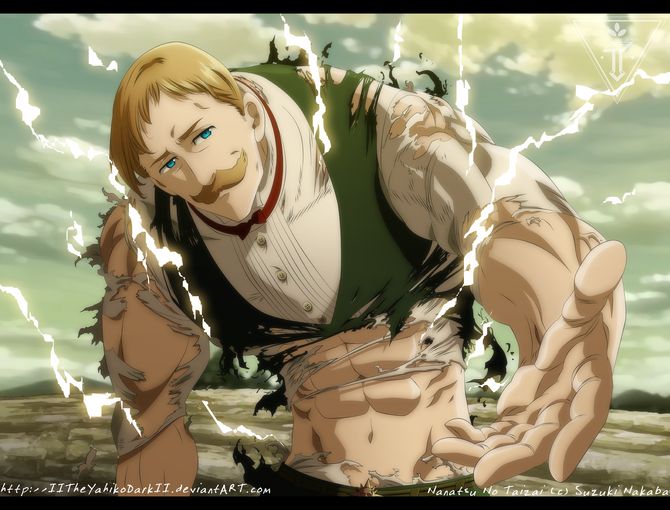 Early Noon - Overlords will fall, for they can't stand too much of a chance here 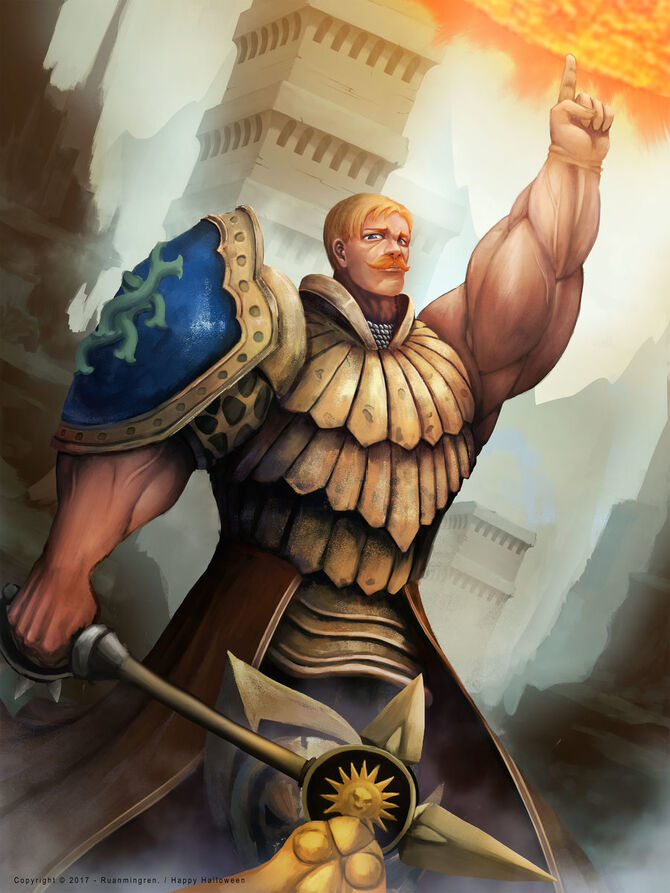 High Noon. Approaching his apex, Even beings stronger than Overlord Class do not have the benefit of acting cocky. They won't survive for long 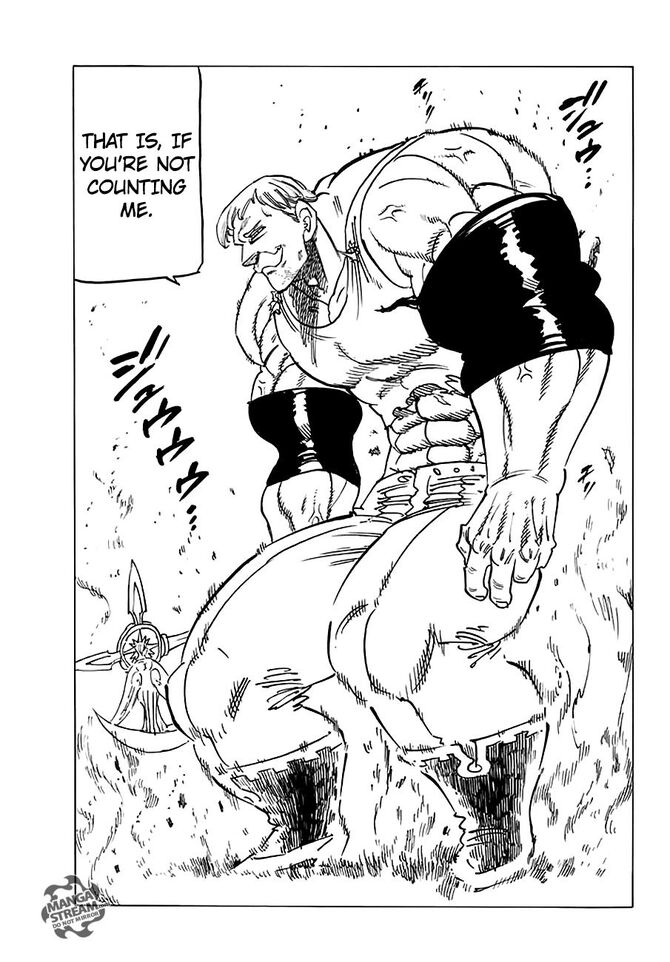 Image credited to Nakaba Suzuki, the wonderful creator of Nanatsu no Taizai!!

The One, reaching his full power for the span of a minute. Pray you are not his enemy 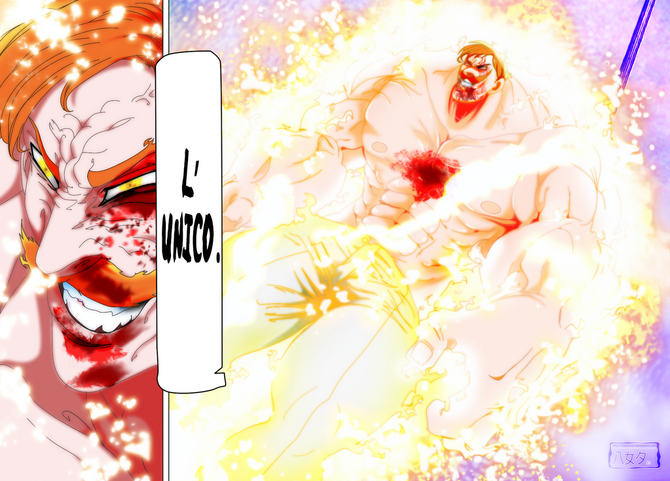 In Remnant Earth, Europia has known to take a different approach to how the world changed. While technology became a prevailing and founding factor for many countries and nations, the super-country of Europia had an agreement with part of China. They would focus all of their efforts into understanding Dust, Aura, Magic, and the foundation of what makes being, being. And as such, Europia is known to be more medieval in setting in comparison to its many other fellow countries, now consisting of many knights, mages, exorcists, and nonhuman beasts and monsters. But it doesn't mean they're behind the slightest bit.

Among them, is a knight by the name of Escanor. The Holy Knight that is shown during the day. One of the most powerful fighters of the kingdom that would no doubt cause massive destruction if he truly went all out. Being enlisted by Queen Henrietta herself, his purpose is to find Merlin and to also ensure that no destruction would befall the kingdom before the reformation of his old faction. Of course, also to improve the popularity of his bar.

His appearance variance depending on the time of the day. In his evening form, Escanor is notable for being a very scrawny man. He was compared to before jokingly by Edea to a skeleton before just because of how skinny he is but that's often hidden by the scars of battle and baggy attire that he usually ends up wearing. The baggy attire is similar to what a knight would wear, without any sort of armor. The likes of him find it hard to sport armor that would survive after all so he chose to adopt something incredibly big on him to better suit him in combat. Notably he wears glasses too despite having no need for it. Though some remarked that it might be because of his vision not being as great during the night compared to morning.

As noon approaches Escanor's attire begin to fit him more. His bulk begins to get better and muscles begin to show. Some knights hae theorized that if Escanor didn't have his ability his regular appearance would be of a muscular man that's maybe several degrees higher than most knights. But as time passes, his height too increases before he begins to tower many by late morning or early noon.

Escanor's personality also varies depending on the time of the day. To simplify, if you met him in the evening you'd consider he was another person entirely. This man becomes such a gentle and kind soul upon meeting. An incredibly nice bartender and also very meek and quiet, that it's sometimes hard to notice that his presence is there. It has almost become an ability for him. At this state Escanor is also very humble and nice, often apologizing for the silliest things and being easily scared. It's believable after all considering that he's almost below an average man in terms of statistics at this form. He's also incredibly friendly and tries to get on the good side of anyone, though isn't afraid to call out anyone for their actions. However, he does tend to get fearful and panicky if an aggressor has their eyes on him. He is, after all, a peaceful man.

Despite his form changing, several factors remain constant for Escanor. As a knight of Europia he takes great pride in being one of the top class knights of the country. He still believes he was part of his old crew however things change and in this case, Escanor is perfectly fine with being one of the fellow knights. He still writes frequently about poetry and chants them, though sadly his poems can often be misunderstood if not ignored. It's why he's exuberant whenever someone compliments his work.

Speed: Massively Hypersonic (Despite being a weakling, he's quite incredibly fast)

Stamina: Surprisingly has never tired out. Of course, this doesn't mean he doesn't rest. But Escanor is notable for never appearing weary in a fight. Moments that he do become tired would often be due to heavy damage in battle and are often recovered from quickly.

Range: Melee up close. But reaches far with many projectiles and shockwaves of attacks, although different per form.

Intelligence: Quite intelligent in his base form. Very notable for being incredibly skilled at card games, board games, and gambling. It's how he got his bar business going initially. He's also a good judge of character. Despite being prideful he takes it to himself to take advantage of any opportunity if the situation needs it. Also figured out a wey to overcome his previous weakness of having his power reflected back to him.

Weaknesses: In general his ability fluctuates thus his ability could be increasing or decreasing depending on the point of time that he is fighting. Of course, that's if one selects his regular power level instead of setting a permanent form.

Retrieved from "https://fcoc-vs-battles.fandom.com/wiki/Escanor_(Golden_Dragon_Fist)?oldid=111972"
Community content is available under CC-BY-SA unless otherwise noted.