She was made to control the buildings she was put in, but ended up malfunctioning, and breaking everything.

She was put away with her brother, and they spent time locked away, until Jaws attempted to attack people, which caused them to be separated. This caused both of them to become more aggressive. It isn't know what happened to either of them after the events of the game.

Endo-Twin Slacks is similar in appearance to Endo-Unknown, but his body is much darker and far more ragged in shape. She has wires coming out where her ears should be and has her left jaw hinge busted and sharp teeth. Their left arm is entirely missing.

Endo-Twin Slacks is the more calm one of the two twins. She likes to control electronics and try to make them better, but ends up breaking them.

Stamina: Infinite, is a robot

Intelligence: Gifted (Can control everything electronic in a building)

Weaknesses: Has no combat experience, made for controlling electronics and not physical contact or combat 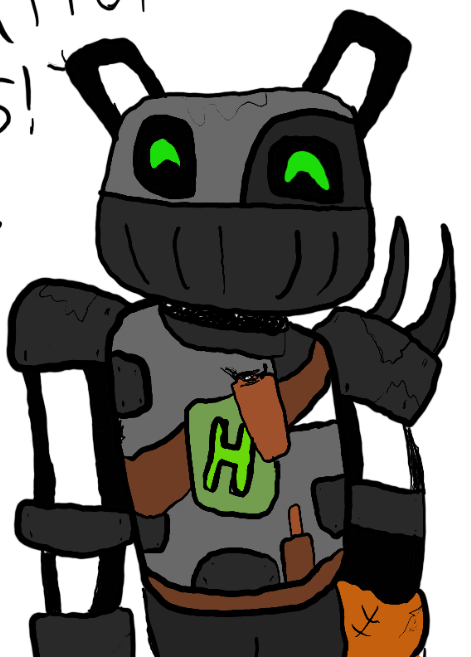