FC/OC VS Battles Wiki
Register
Don't have an account?
Sign In
Advertisement
in: Tier 2, Neutral Good, Peakbread's Pages,
and 28 more

Disclaimer: Credit to Raybean and Eclipse who made this table code. Credit to the person who made the music video. Character pic is owned by me, bought it from fiverr. 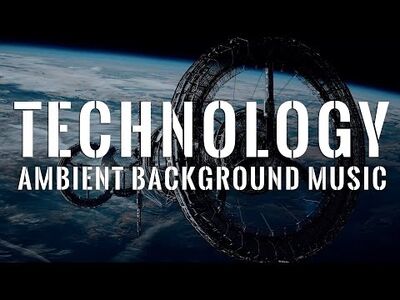 "I am.. Doctor Green, the pioneer of science and technology. The voices that berates and laughs at my failures are nothing more than insects. They do not know me,they have no right to judge me. Because I am Klek, and these voices just minuscule insignificant parts of my mind. This is my body, my life and no one will take that away from me."

Doctor Green was born with unknown genetic gene that caused his very mind to connect the negative spectrum of The Astral World. Due to this, he never truly had normal childhood as the voices and his powers grew more unstable from aging. This caused his trusted parents to kill him but it lead to failure as the young boy, Klek, had murdered them with self defense.

This caused him to go into the brink of insanity and in couple with grief to the point that he lost all hope after what he experienced; believing himself that he was nothing more than mistake that was brought into this world. This mindset made him grew angry, unstable and the desire to bring revenge to everyone that feared him. Indeed, his anger and madness was the result of not being accepted by people due to lacking any experience of happiness or joy.

The voices in his grew to encourage the destructive path he would as the young boy decided to bring everyone down into his level so they would to experience the hardships he faced in his life. Yet, before he does, he stumbled across Rupert in his lonely walk of the streets and for the first time in his life, someone understand his pain.

Both talk to one another and Rupert invited him to the league of heroes. Due to this day, Rupert and the team helped him to repel the dark voices as Klek learned more about his powers. By Rupert's influence, Klek abandon his destructive behavior as the teddy bear brought him hope, resulting him to grow as responsible adult with interest of science and technology albeit still suffering schizophrenia.

Superhuman Physical Characteristics, Telekinesis, Mind Manipulation, Portal Creation, Psychometry, Precognition, Preparation, Forcefield Creation, Telepathy, Physics Manipulation, Reality Warping, Empathic Manipulation, Alternate Future Display, Acausility (Type 1), Astral Projection, Creation, Small Size (Type 0), True Flight, Self-Sustenance (Type 1), Cosmic Awareness, Chaos Manipulation, Summoning and BFR (One of the most powerful Psionic and smartest monster in planet earth. He is known to be capable to bending reality in chaotic manner and have the ability to change the very physics around him such as being immensely strong in physical characteristics to the point that it ignores the very fabric of reality, to holding buildings by telekinesis or manipulating the minds of people. What's more, he is capable of flying at speeds near Rupert in couple with breath in space through use of forcefield on himself. He can see multiple futures and choices, astral project at will, create reality bending inventions through preparation and sense incoming threats in the universe. Doctor Green can nonchalantly summon other alternative versions of himself and send others to hell. Moreover, he can learn the history and future of person or used object by touch.), Multiple Personalities and Berserk Mode (Suffers from multiple voices that taunts him and berates him, when he goes into pure rage or become immensely depressed, his body is taken over and can wreck havoc around them with no care about anything. He can speak telepathy with others and has psychic link with the VTS Elysium spaceship.), Resistance to Mind Manipulation and Madness Manipulation (Despite being half-insane, he can defend his mind through psychic attacks and has seen various daemons that would make any sane person into pure insanity.)

Attack Potency: Up to Low Multiversal level (Able to contact parallel versions of himself and has the potentially to destroy the multiverse if his body had been fully controlled by the voices.)

Speed: Massively FTL+ Reactions (Able to reacts and dodges attacks of his teammates due to his manipulation of gravity of himself), Average Human (When not using his powers)

Lifting Strengths: Immeasurable (Via manipulation of force-field on himself.)

Striking Strength: Immeasurable (His strength breaks the laws of reality due to manipulation of physics and reality itself.)

Durability: Immeasurable (His durability breaks the laws of reality due to manipulation of physics and reality itself.)

Stamina: Likely Average (To much use of his powers can lead to over exhaustion)

Range: Standard melee range to Low Multiversal via mind manipulation (Able to interact with the team, even if they are from different dimension or reality. Moreover he usually fights with hand to hand combat with mix of telekinesis.)

Intelligence: Supergenius in terms of scientific and technology disciplines. Despite suffering from physiological damage, he is regarded as pioneer in the fields of science and engineering. Was responsible for creating VTS Elysium spaceship, which is one of the biggest alien ship in the known galaxy and capable of building modified jars that contains varies dimensions within them.

Weakness: His fractured mind makes him unstable at times and is prone to random emotional outbursts. Holds back his powers to prevent killing, though he sometimes goes overkill in fight due to lacking some control over the voices. When immensely distressed or in pure rage, he goes berserk mode while his voices take over the body; the only way to bring back is to have close friend of reminding him who he was.