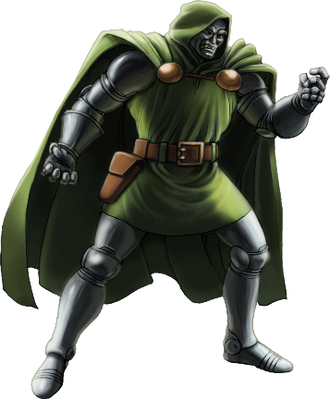 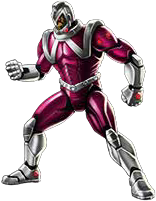 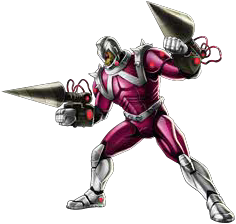 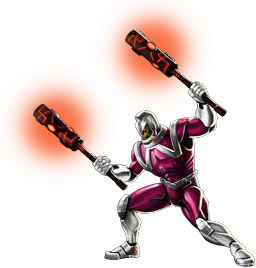 No man on Earth is feared more than Victor Von Doom. Rising from abject poverty to the dictatorship of Latveria in a matter of years, Doom became a master of both science and sorcery, a powerful leader with a genius intellect. Yet with that intelligence came an ego just as vast, and a cruelty towards all those he considered weak or disobedient. Doctor Doom's crusade to conquer the world has been thwarted time after time, though it has often taken the combined might of the world's heroes to do so. His methods are evil, but his motives are pure: Doom truly believes he can end poverty, injustice, and the suffering of all people through his iron-fisted rule. And he will let nothing and no-one stand in his way. Official Bio

Born a gypsy in the Balkan kingdom of Latveria, the man who would become Dr. Doom was a college friend of Reed Richards' until the rivalry between the two brilliant students caused a disfiguring accident to Doom's face. Already a powerful sorcerer, Doom became a technological wizard as well, taking over Latveria (where his army of Doombots awaits deployment) and becoming one of the most powerful threats to S.H.I.E.L.D. and the civilised world. Official Bio

Victor von Doom’s personality and ongoing efforts to destroy perceived enemies suggest that he will attempt to use Iso-8 for this purpose as well. Several factors enter into this assessment.

First, Doom’s psychological profile reveals the combination of megalomania and deep emotional scarring that often culminates in apocalyptic scheming. Reed Richards, a one-time classmate of Doom’s, suggests that his fantasies of domination are ultimately self-annihilating, since—as Alexander the Great famously discovered—once one conquers the world there is nothing left but to die.

More concretely, Doom is a supergenius-level intellect who is more than capable of discovering uses for Iso-8 on his own. If he has enlisted technical help from other criminal scientists such as the Vulture and the Green Goblin, this suggests that he has expansive plans for the material.

Latveria and the Latverian Embassy in New York have been incommunicado since the Pulse. This may be due to damage suffered during the event, but it is more probable that Doom has cut off all avenues through which his adversaries might gather information about his activities. In conjunction with European allies, SHIELD is working to infiltrate the embassy and gather intelligence. These events have so far been unsuccessful.

A second worrisome aspect of Doom’s interest in Iso-8 is his avowed interest in the occult. The Hood is known to be exploring Iso-8 for reasons of his own, as are the Asgardian renegades led by Loki. If Iso-8 in fact has magical properties as well as scientific potential, Doom will no doubt discover this. Dr. Strange and S.H.I.E.L.D.’s other supernatural allies are searching for answers using their own methods. It is hoped that more will be known soon.

To summarize: Victor von Doom presents a unique threat given his combination of scientific and magical ability. S.H.I.E.L.D. must be prepared for him to use either or both in his development of Iso-8 resources. Whenever he decides to make his move, he will prove an extremely dangerous and adaptable enemy. Marvel XP Dossier

Criminal Record: Though accused of numerous crimes against humanity, Doom has never been arrested because of the diplomatic immunity conferred on him as a sovereign ruler.

Powers: Doom’s genius-level intellect is believed to matched only by Reed Richards of the Fantastic Four.

Unique Weapon(s): Doom has constructed an impenetrable suit of armor for himself that greatly boosts his strength and conceals a number of deadly weapons.

Known History: Doom’s life story has been one of unparalleled ambition. Born to poor gypsies, he won a scholarship to an American university, where he drove to prove himself more brilliant than fellow student Reed Richards. A technological attempt to contact the land of the dead literally blew up in Doom’s face, disfiguring him horribly for life. But that did not stop his relentless drive; after mastering science, he went to the Far East to learn the mystic arts; then he returned to his native Latveria and conquered it single-handedly, placing the entire country under his authoritarian rule.

But one country is hardly enough for Doom’s massive ego. He wants to put the whole world under his heel, and without the constant vigilance of SHIELD, the Fantastic Four, and other heroes, he has the resources and drive to one day accomplish that goal.

Observations: “We haven’t heard a peep from Doom since The Pulse hit, making everyone involved in global security very nervous. If I was of a more optimistic bent I’d hope The Pulse killed the electronics in his suit, trapping him in it. If so, that would have made The Pulse the best thing to ever happen to humanity.

“But I don’t think that. What I really think is that we haven’t heard from Doom because he’s plotting his next move, post-Pulse. It will be big. It will be bad.

“And we need to find out what that is, people.” — Maria Hill Marvel XP Dossier

The Embassy of the Kingdom of Latveria, New York City

"To all of the world’s governments and their clients, subsidiaries, colonies, territories, protectorates, and allied entities, including security forces:

The Pulse and its disruptions necessitate strong leadership. National governments and traditional institutions are not sufficient to this task. Therefore the Syndicate will assume neglected responsibilities. It is an alliance among transnational groups operating free of national ideologies and market obligations.

First and foremost, the Syndicate will oversee the collection and distribution of the world’s supply of Iso-8. The Syndicate will not tolerate interference in this oversight. All commercial markets in Iso-8 will cease operation. Failure to do so will result in immediate consequences.

The Syndicate does not seek violence but understands that certain existing powers will not willingly relinquish their influence. In those cases, violence will be necessary, and will be employed. The Syndicate cautions potential enemies that it will not employ half measures when resistance or sabotage is encountered or suspected.

The Syndicate will begin to supply Iso-8 to certain institutions and organizations only when its powers, effects, and uses are better understood. Until that time, all Iso-8 present on or below the surface of Earth’s lands and bodies of water is declared the property of the Syndicate.

There will be no further public statement from this Embassy at this time."

Attack Potency: Wall level+ (Phase 1 gaurds are capable of fighting and doing some damage to street level heroes such as Black Widow), Small Building level (Servo Units are updated to keep on par with heroes), Multi-City Block level (Phase 3 Servo Units have been further updated due to Iso-8 affecting heroes), higher with Iso-8 | Large Star level , possibly (Should scale to Age of Ultron Iron Man), higher with Statistics Amplification, possibly Solar System level | At least Large Star level (Scaling to Doombots), likely Solar System level (He is considered the most dangerous man on Earth and often battles whole teams of superheroes at once, is even considered a threat by the likes of Kang and Thanos)

Stamina: Limitless due to being mechanised | Limitless due to being mechanised | Doom's stamina is godly, either by sheer force of will, intense training, or a combination of both. He's capable of fighting the universe's greatest heroes and more or less doesn't seem to stop. Considering his impressiveness at beating the likes of the Beyonders and even Galactus in the past, one must be prepared for a lengthy battle before picking a fight against Victor Von Doom.

Intelligence: Supergenius. A master of both technology and magic, able to combine the powers of both to use against his enemies. Is a rival of Reed Richards intellectually. Runs an entire country and has books detailed on science, magic, history, politics, and many other subjects at his disposal. Has been able to control major criminal organisations like pawns and with enough preparation, he has been able to take on celestial beings and civilisations that are considered ridiculously advanced and intelligent.

Note: I will be comparing Doom to his 616 counterpart, so I'm giving credit since I will be taking some content from his page from here, here, and here.