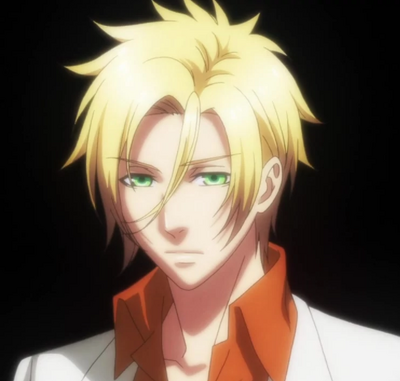 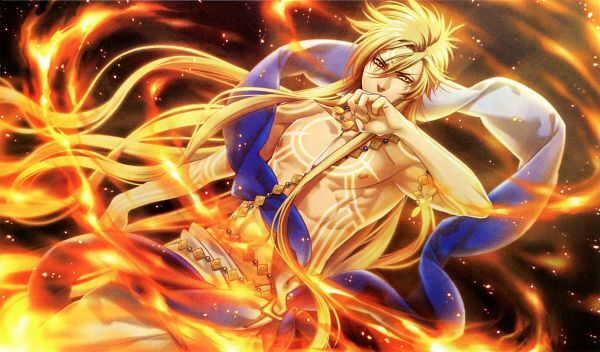 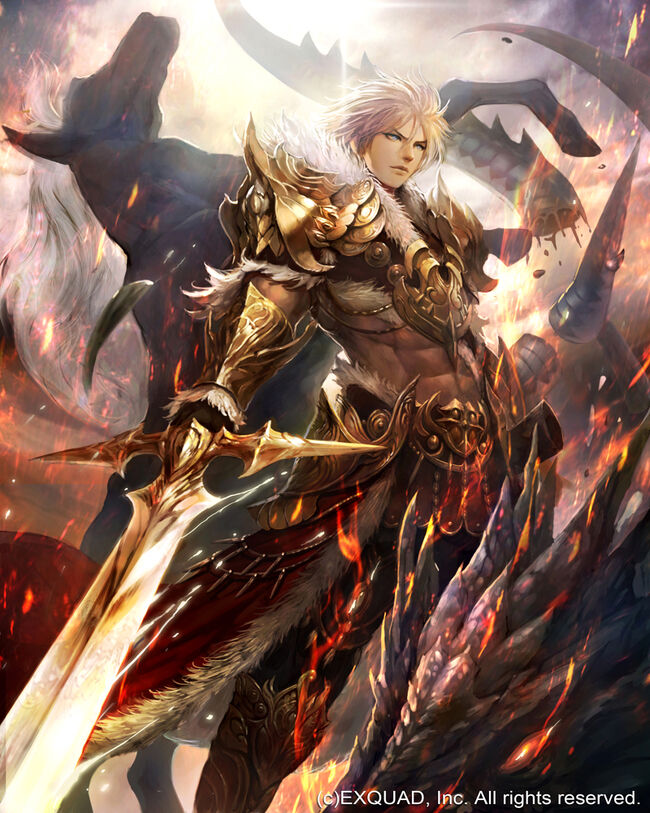 A character made by Cob/Bob for the Paraiso and Pendragon Saga. He is the primary antagonist of the Zodiac Arc and is the leading member of the 12 Zodiaque Knights. He is well-respected as the leader and is known for his pacifistic method of taking over the world. Namely by being known to be the one that will bring about the end of the worlds, yet coming into a village and working as a carpenter who aims to become the mayor.

Might fine world destroyer we have here don't we? Of course, he was mighty different back then too.

Dess is the son of a powerful politician by the name of Berislav Embers. Someone who acts as the advisor to Santial's Country's Lord, who married to sorceress of another allied kingdom. He was a child that was raised to become like many, a weapon of intellect, caught in the crossfire of their father and mother's mental war. But instead of relying on his intellect alone and trying to backstab fellows of his own age at the age of five, he instead took solace under his Lord's words of wisdom regarding justice, and his mother's magic. Instead of becoming a corrupt official, Dess did not only became someone against the vile set of his own country, but a man worthy of power and respect.

Dess is an incredibly honorable and kind man. He firmly believes in justice, generosity, loyalty, and the value of trust, and is not what one would typically expect from the nobles of his area. His generosity has him aiding the poor and as such is well-liked by the majority of the people there, which some of his fellows think is his ploy to remain in power. Despite his patient and dislike for violence, there is a limit to that trait, which can be easily broken if faced with a scenario that reveals great injustice or underhandedness. To him, breaking a promise is one of the worst things one can do. The sheer amount of virtues he has made him seem like a light in a dark cavern, giving him the support of particularly strong people who wish to work for him for free. His hard-working ways do not mean he is incapable of handling deceitful enemies but instead shows that he can keep up with cunning tricksters all the time. A mental war between many in the issue of politics and who would become next lord between nobles is something he could easily keep up with.

Still, some really question if he is the son of Berislav, known for his incredibly underhanded methods and corrupt desires. He had more similarities to his mother who is prone to being passive and looking airheaded when secretly being cunning or observant. Though he does achieve his father's favored method of being enigmatic and unnoticed, and keeping his plans a secret. Not even his allegiances with others are so easy, which seems to be another thing based on his father. Strangely enough, Dess does not despise his father. Which is surprising considering he detests anyone who spits on honor and justice. Though there is no respect or true paternal relationship, they seem to at least acknowledge each other. His father will not let him steal the throne away from the current Lord, and will thus do his best to strike him down whenever he can in his strategies. On the other hand, Dess would be more than willing to do anything he can to break apart his father's connections and advantages in the field of battle. Yet, the most they'd get is a heated debate. Never an insult. It's certainly a strange relationship between the two.

Paraiso Arc A shell of his former self.

Powers and Abilities: Superhuman Physical Characteristics, Enhanced Senses (Can sense assassins by killing intent or their presence as hostiles. Enhanced by Territory), Earth Manipulation (Very proficient with it to the point that he specializes in creating structures and statues), Minor Plant manipulation (Can make plants grow. Aided by his great knowledge on them), Temperature manipulation, Status Effect Inducement, Light manipulation (With Capricornus), Statistics Amplification (With Territorial Composition and his many buffs), Fire Manipulation and Immunity to Flames (Via Robes of the Golden Flame King), Durability Negation (Usually with Temperate Magic), Limited Wind Manipulation |

Attack Potency: Small Building (His hammer Capricornus shattered an armor made of Crimson Plate, which can shrug off explosions even when half broken) |

Speed: Supersonic (Can raise Capricornus against an assassin that used rifles in an ambush)

Lifting Strength: Class 5 (He was able to push off large pieces of debris that fell on him after an explosion within a building)

Durability: Large Building (Was able to take on numerous explosions from an assassin. His attack being reflected back at him barely hurt him)

Stamina: Average (Easily tires out compared to his allies)

Range: Melee Range, extended by Territorial Composition which affects whatever is dubbed his territory

Intelligence: Quite intelligent in academics and politics, being able to outwit and teach Draughter. Can figure out what his father is planning who is known to be an extensive and powerful figure in the field of politics. Can perceive lies even from skilled nobles aiming to steal his position. At times Dess could also be pragmatic.

Weaknesses: Tires out easily in comparison to most |

Retrieved from "https://fcoc-vs-battles.fandom.com/wiki/Dess_Embers?oldid=102948"
Community content is available under CC-BY-SA unless otherwise noted.