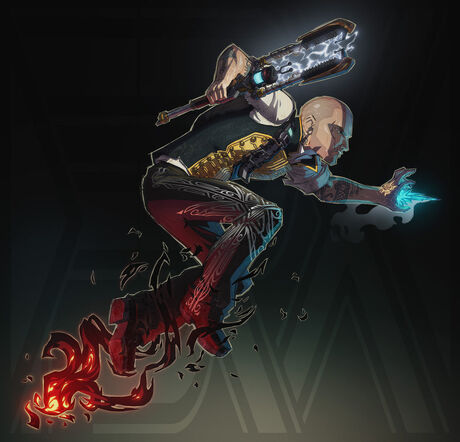 Classification: Human (Is not an actual Conduit, but is granted Ray Energy powers by The Outsider), Assassin/Vigilante, Former Member of the Royal Guard

Speed: Relativistic+ (Can dodge light beams from Miss Walker, and keep up with her in combat)

Note: Not to be confused with his main timeline counterpart.

Retrieved from "https://fcoc-vs-battles.fandom.com/wiki/Cole_MacGrath_(InFAMOUS_Multiverse:_%22Dishonored%22)?oldid=158435"
Community content is available under CC-BY-SA unless otherwise noted.