FC/OC VS Battles Wiki
Register
Don't have an account?
Sign In
Advertisement
in: Tier 5, Unknown Tier, Neutral Good,
and 14 more

Disclaimer: Credit to Raybean and Eclipse who made this table code.Credit to the person who made the music video. Picture is mine, bought it from fiverr.

Lore Note: He only exist in the separated timeline. 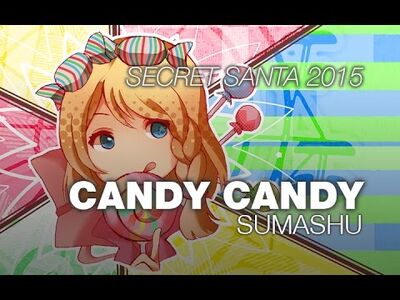 "Never seen you around, are you one of those scientists or hired soldier?

Oh, my apologies. They must have let you in here for special business here.

If you don't mind me prying, why are you here?

Myself told by others to enter this place of finding the daemon!

Interesting, please do tell me the description of the daemon you were looking for.

Be my friend after daemon is gone?!

-Conversation between tired Janitor and Coco.

Coco is a powerful practitioner of magic as only Merlin surpass him due to Merlin's knowledge about the arcane arts. Unlike a normal thaumturgist that requires to perform gestures or words to produce the intended spell, Coco is a rare monster that is born as Psionic. Due to his lack of interest and understanding in doing evil, his pure of heart lacked any negative feelings, thus his connection solely focused on the higher planes of existence that represents order and positivity.

Coco was found and adopted by Merlin after seeing Coco confused in where he was. He was later adopted and took the role as Merlin's student and was taught about morality. Despite being dumb, he is powerful psionic nonetheless, capable of rivaling his teacher, Merlin, if he keep practicing seriously.

After a while, he was forced to leave Merlin's side when Coco is ready to explore the world by himself and to find his own destiny. As he travels, exorcising daemons and hunting them down, he grew tired but later had idea of being a legendary historic figure like his teacher albeit his way of reaching that goal is stupendous at best.

Superhuman Physical Characteristics, Magic, Reality Warping, Holy Manipulation, Order Manipulation, Elemental Manipulation, Energy Projection, Creation, Transmutation, Space-Time Manipulation, Pocket Reality Manipulation, Subjective Reality, Danmaku, Limited Fate Manipulation and Limited Probability Manipulation (A powerful and skilled Psionic but still moron nonetheless, Coco is capable of manifesting and bending reality through imagination or thinking. It was shown numerous times that he can project elemental attacks and energy blasts out of thin air, create things such as candy and food through thoughts, turning objects into candy, capable of stopping time if he so desire and spew things from his imagination and thinking; however, he can't bend reality towards targets as he hasn't grasp his true power yet. His magic attacks is holy in nature and owns a pocket dimension, where he can transport himself into. It is said that his pocket dimension and his mind contains a wonderland of candy, rainbows and unicorns. He can even change a specific area into his pocket dimension through belief, thinking or imagination. Moreover, being a psionic and highly connective to the higher realms of orderly and positivity, he is unaware that unconsciously that fate and probability favors his side whenever his belief of achieving or completing something will come to reality.), Regeneration, Information Analysis, Healing, BFR, Shapeshifting and Duplication (Low-High, as long he has a drop of piece from himself, he can regenerate within seconds. Moreover, he can naturally sense an individual's emotions by reading their aura's change of color. As Psionic, he can instantly heal broken object or injured person at will while able to send person through another dimension such as The Starkness Abyss. An interesting part about him is that he can make duplicate of himself at will by removing a piece of himself will result another version of him, he can remove them through fusion. Able to change his skin into different types of materials such as rock, paper, concrete and even a tectonic plate.), Self-Sustenance (Type 1) and Immorality (Type 1,3 and possibly 2. As slime monster, he doesn't need oxygen and water heals him while being in space won't kill him due to not needing oxygen to survive in the first place. However, he does need food to survive like any normal person or animal does.), Body Control and Enhanced Senses (Can make his whole body like a basketball, where he can bounce around the places. And despite being moron, he is surprisingly good at accurately predicting in striking the target in the right moment with his bouncy body.), Durability Negation and Purification (Type 2 as his pure heart cleanse evil spirits, curses and even dark energy. Magic attacks the very soul of their very being.), Portal Creation and Levitation (While he is unable to cross other dimensions, he can conjure portals to his pocket dimension and known places at will. Moreover, with concentration and focus, he can float above, forward and downwards in slow pace.), Camouflage and Black Hole Manipulation (Able to transform into the same color and texture of the structure. Capable of transforming himself into mini-black hole that transports them to either his pocket dimension or the starkness void.), Possession, Soul Manipulation and likely Dream Manipulation (He exorcises possessed hosts through entering into their bodies and then their very soul as his consciousnesses connects to the host's mind.), Size Manipulation and Absorption (If he is ever dropped into a pool or vast ocean, his body will drastically increase bigger in size as he consumes the water around him. His size will slowly decrease back to normal after his body had fully consumed all the water in him if he wasn't in any water.), Limited Instinctive Reaction and Fragrance Manipulation (Due to his extreme fear of fire, he instinctively dodge incoming fire based attacks. Due to the consume of many candy and sweet food, he gives smelly aura of apple syrup and homemade cookies.), Resistance to Possession, Pain Manipulation, Absolute Zero, Radiation Manipulation, Corruption, Limited Fear Manipulation, Mind Manipulation and Madness Manipulation (Due to his pure of heart and lack of interest or understanding of evil, he is incapable of going mad in seeing daemons in their forms or even fear as he doesn't know what fear even is but is however had shown to be nervous, anxious and afraid towards fire. Evil spirits and their promises about his desires has no affect to him due to not being interested and having pure of heart, untainted by any sort of negative feeling. Unable to feel or just likely brash off the pain he experienced due to not understanding what pain is. Didn't suffer any radiation and the varied levels of coldness in the vacuum of space.)

Attack Potency: Wall level, can produce elemental attacks out of thin air such as lightning, fire and so on with varies sizes and how deadly it is depending on his choice with the capability of morphing into different forms of materials. At least Moon Level as he once changed the moon into candy by accidentally looking at it while thinking of something due to hunger. Higher through magic

Speed: Normal Human combat speed', can walk and sprint through sliding across the floor or jumping. Supersonic+ Combat Reactions, able to accurately predict fast-moving opponents that moved as fast as bullets.

Striking Strength: Unknown, Due to his body being made of slime, he can easily consume small items by mere touch of his body. Wall Class to Small Planet class as he can morph into different forms such as concrete, rock and even earth's tectonic plate.

Durability: Unknown', his body is made of slime as swing of sword or whack of hammer can mush him, but his regeneration can be difficult to kill him. Wall level to Small Planet level, He can morph into different forms such as concrete, rock and earth's tectonic plate.

Stamina: Above Average, despite being lazy; he is capable of fighting for few hours and willingly to push himself through the limits in stopping the threat but would suffer prolong exhaustion because of that.

Range: Standard melee range to Planetary with reality warping as he once accidentally transmuted earth's moon into candy.

Intelligence: Gifted. While Coco is considerably stupid outside of magic subjects, he is exceptionally gifted in terms of magic, in years of fighting and banishing daemons with plethora of abilities that required Coco in planning out of taking out his opponent in finding the necessary solution of destroying them with his magic alone.

Despite this drawback, he has some knowledge about empathy as while he doesn't have any true understanding nor interest in evil, Coco is capable of understanding negative emotions such as anger and sadness. Moreover, he somewhat understands evil like harming others but the subject of it has no interest to him as he only cares in doing good and stopping evildoers.

Otherwise, he is Below Average in everything else.

Weaknesses: Lazy and likes to take a nap all day. Requires organic materials as food to survive on and isn't smart outside of social or education subjects. Won't go all out in fight as he would wish to restrain his opponents, while his reality bending only effects on his surroundings and objects, not people as Coco is still learning of this power. Preferably knocks them out with his body but is willingly to go for the kill against daemons. However, when his tired or desperate, he just sends them to the starkness abyss.

Fire dissolve his slime body which slows down his regeneration in slow manner as the bigger the fire, the less chance of surviving from fire attacks, but this can countered through transforming himself to hard material like rock or magma ball to absorb the fire on him.