Clay Procyon is a human player of the game Sburb who has reached the rank of God Tier and become a demigod. His mythological role is Seer of Time. He is originally from Earth, but adopted the Land of Sandstone and Crystals as his home after the Earth was destroyed. Clay and his friends from their session of Sburb currently reside in a universe they (by way of Sburb's game mechanics) created.

Powers and Abilities: Superhuman Physical Characteristics, Conditional Immortality, Flight, Can look into the past or future (His future sight shows many possible futures, and the events that transpire to make those futures happen. His past sight show only the solid past that has happened), Can travel through time unaided, Very good memory, Regeneration (Healing process completely recovers him from any injury that is not fatal, but can take from several hours to a couple days depending on the severity of the injury), Can fly through space with no suit.

Range: Standard Melee Range with most attacks, ~2 Kilometers with Teslascope.

Standard Equipment: Clay's primary weapon is the Tla Blade, an electrically charged sword that releases .1 amps and a hundred thousand volts of electricity on contact. He also carries the Teslascope, a telescope than can see very far and fire a ball of electricity that explodes on contact. His armor consists only of his God Tier outfit, red robes with a large hood and a stylized red gear on the chest that symbolizes time.

Intelligence: High. Is able to organize and memorize the dozens of different futures he sees to pick what is usually the most favorable outcome.

Weaknesses: Is not particularly resistant to any one form of damage. Can die permanently is his death is deemed Just or Heroic. Tends to rely heavily on future sight when making decisions.

Notable Attacks/Techniques: Can do small time jumps to make dozens of duplicates fighting side-by-side. This is accomplished by future version of him from unfavorable timelines jumping back to the point of divergence, generally the start of the fight. 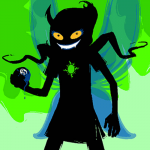 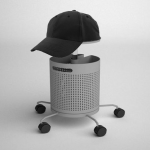 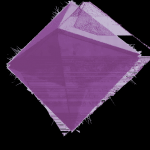