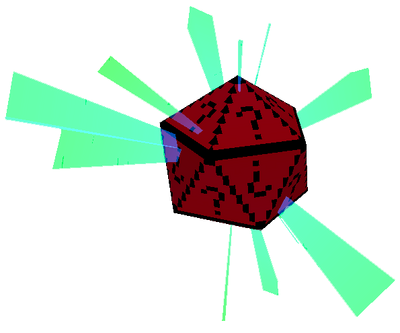 Attack Potency: Large Building level (Can create structures of this caliber), Town level with summons (Can summon The Wither) | Moon level (Can initiate a Chaos Island implosion which can vaporize a bedrock sphere of radius 300-400 meters)

Weaknesses: Is a single-use device

Key: Base | With other mods

Retrieved from "https://fcoc-vs-battles.fandom.com/wiki/Chance_Icosahedron?oldid=208734"
Community content is available under CC-BY-SA unless otherwise noted.