Caster's true name is Spooky. The owner of Spooky's Jumpscare Mansion. She is in charge of many of the specimens, scares, and frights, and fighting her will surely lead you to her mansion.

Superhuman Physical Characteristics, Enhanced Senses, Self-Sustenance (Types 1, 2, and 3), Magic, Immortality (Type 1 and 7), Flight, Skilled Knife User, Soul Manipulation (all Servants can consume souls to replenish their magical energy), Teleportation, Non-Corporeal, Statistics Amplification, Regeneration (Mid-Low; all Servants have regenerative capabilities), Item Creation, Summoning (Can summon her specimens), Pocket Reality Manipulation (via Spooky's Jumpscare Mansion), Power Nullification (Nullifies any abilities that allow the opponent to bypass the mansion, such as intangibility, invisibility, teleportation, and spatial manipulation), Reality Warping and Spatial Manipulation (Can manipulate the reality and space of her mansion), Supernatural Luck, Minor Fate Manipulation (Servants with B-rank Luck or higher can change their own fates to evade inevitable outcomes such as having their hearts destroyed by Gáe Bolg), Possession (Non-combat applicable), Resistance to Magic (Including effects such as Petrification, Mind Manipulation, and Spatial Manipulation), Mind Manipulation, Soul Manipulation and Biological Manipulation (Servants can resist Chaos Tides), Transmutation and Data Manipulation (Servants can stay in digitized area), Poison Manipulation (Servants are unaffected by poisons), Immunity to Modern Weapons (Servants are Divine Mysteries that cannot be harmed by modern weapons such as guns, knives, or bombs unless they are infused with a supernatural aspect such as magical energy or possess a certain amount of age)

Speed: Massively Hypersonic (Has A+-Rank Agility, making them one of the more faster servants)

Stamina: Virtually limitless for as long as they have mana

Weaknesses: Specimen 13 if knocked out of the water will be temporarily unable to attack until it goes back into the water. Caster is not very scary and will take double damage against holy attacks

Spooky's Jumpscare Mansion: Spooky's Noble Phantasm, she brings the opponent into her mansion where they have to clear 1000 rooms to win. They will be unable to do anything to 'cheat' and bypass the mansion such as teleporting or even breaking through the walls. They will be forced to confront all 14 specimens along the way.

Item Creation: A skill that reflects one's ability to construct magical items. Spooky has an D-rank in this ability.

Territory Creation: A skill which quantifies one's ability to create a territory advantageous to them as a Magus. Spooky has a A-rank in this skill.

Scary Ghost The ability to be an incorporeal specter, Caster is unable to be touched by physical attacks normally.

Magic Resistance: Grants protection against magical effects. Differing from the Resistance effect that merely rejects Magical Energy, this ability cancels the spells altogether. Caster has a D-rank in this skill, so she cancels Single-Action spells. This is Magic Resistance of the same degree of an amulet that rejects magical energy.

Sadistic Constitution: A Skill that augments one's aggression in battle. It appears to be a positive Skill, but the longer its owner stays in battle, the more their abusive disposition will grow, causing them to lose their usual composure. The more one attacks, the stronger one becomes, but on the other hand, one's defensive abilities drop. Spooky has a B-rank in this skill. 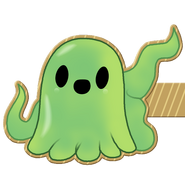 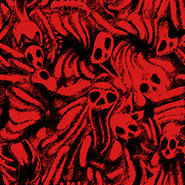 Specimen 14
Add a photo to this gallery

Retrieved from "https://fcoc-vs-battles.fandom.com/wiki/Caster_(Spooky)?oldid=308134"
Community content is available under CC-BY-SA unless otherwise noted.