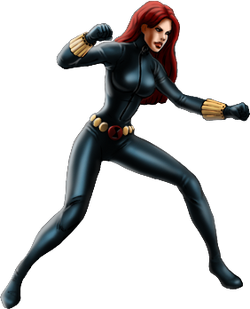 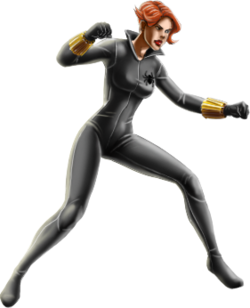 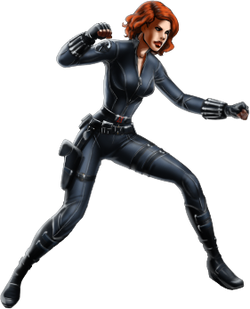 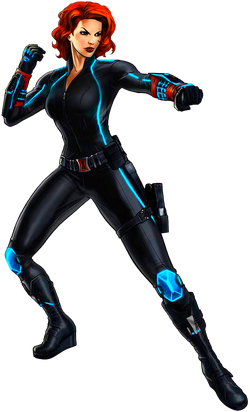 A genetically enhanced super-spy product of KGB experimentation, Natalia "Natasha" Alianovna Romanova escaped her Soviet masters and transformed herself into a valued S.H.I.E.L.D. operative. Superbly skilled in martial arts and a wide variety of customised weapons, she is the perfect infiltrator. Official Bio

Same as Classic Black Widow, can change between a tactical and an infiltrator stance

All of Classic Black Widow's abilities as well as Adaptation (When part of a team), can change between a tactical and an infiltrator stance

Same as Classic Black Widow, can change between a scrapper and an infiltrator stance

Stamina: Peak Human (Far greater than any athlete, capable of pushing herself to her limit) | Peak Human | Superhuman (Can fight for hours if not days on end without resting. Able to keep fighting despite taking heavy blows) | Godlike (Able to physically keep up with opponents for hours despite taking blows that would normally K.O or severely wind her)

Intelligence: Gifted. A well renowned assassin capable of infiltrating compounds of many evil organisations such as: A.I.M, Hydra, and the Maggia. Well versed in dozens of languages and multiple cultures. Known for her ability to blend into crowds in various situations using psychology to hide her attention and mentally outwit her opposition.

Note: I will be comparing Black Widow to her 616 counterpart, so I'm giving credit since I will be taking some content from her page from here and here.

Retrieved from "https://fcoc-vs-battles.fandom.com/wiki/Black_Widow_(Avengers_Alliance)?oldid=312626"
Community content is available under CC-BY-SA unless otherwise noted.