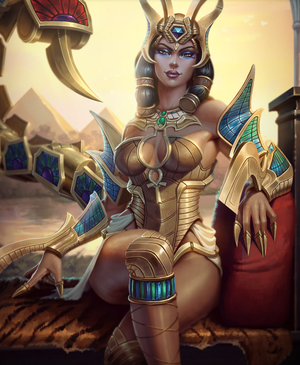 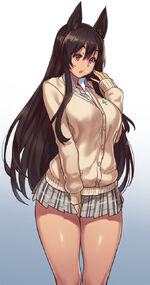 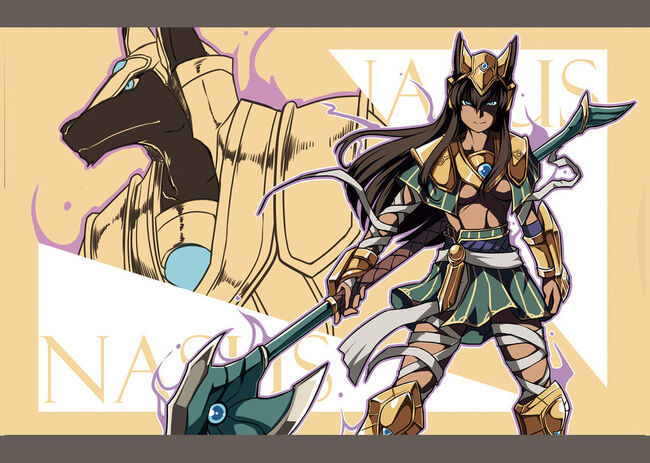 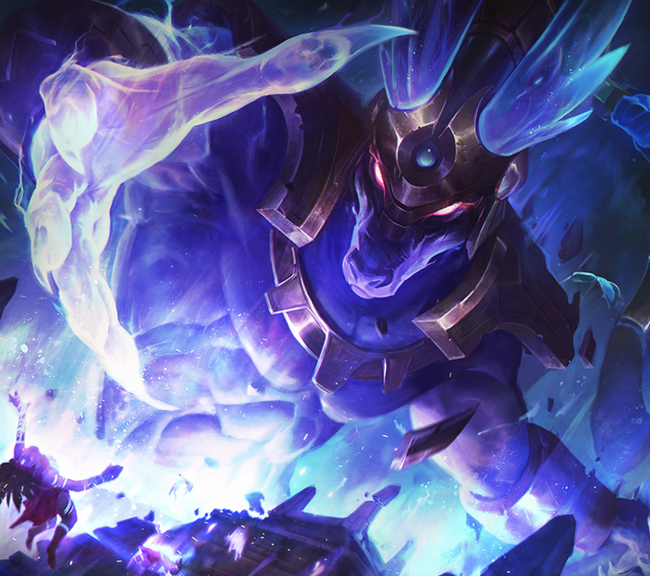 A character made by Cob/Bob for the Paraiso and Pendragon Saga.

One of the recently risen eleven holy knights of historical chronicles. They have awakened from their slumber due to the series of events after the demise of the Royal King's Son. And at the moment they woke up, the nexus of kingdoms and realms surrounding theirs began to fall apart. Calamities span out as gods themselves commanded the destruction of these eleven. But what exactly do they bring? Who exactly are they? They seem to hold knowledge about the truth of King Arthur's Blade and the realm of the divine. These people, were they really the evil ones that the gods have commanded their destruction?

Or are they truly vilainous?

The existence of genies, djinns, and deities are accepted. In the deserts of Nazrian, Karkilo, soon to be renamed Bertha Octavius, is one of the many that exists there. They act as free spirits here messing with their enemies and often pranks and tricks any sort of humans that passes by who desires to use them. Karkilo heavily despises any human who exists out there because of the way they use genies and would've continued to do so if not for the arrival of Draughter.

Notably, her vessels differ each time as in Pendragon she possesses the body of a male while in Paraiso she selects a female one. Her true gender is actually female. Her original name is Karkilo.

A spirit's form is dependent on the vessel but they can at least influence what they would look like. Sometimes they can even borrow traits of their current vessel. In the case of the Pendragon Arc when Chiron and Draughter encountered her she was possessing the vessel of a man who goes by the name of Omore. There are several consistent traits however.

In the Pendragon Saga prior to meeting Draughter she disliked humans and is quite blunt with her statements. She's unfriendly to any other race and even then she's hard to get along with by her fellows. She takes pleasure in mocking others and pointing out flaws yet can be impressed by those who actually have good will, but condems them for being idiots. On the other hand she does dislike the idea that she's merely a lesser djinn compared to her follows and harbors envious thoughts which seemed to fuel her other characteristics. Pointing out those flaws would agitate her further and she's easy to make an enemy out of. However she only chooses to kill someone through either a battle that both parties accept or through a consequence of a riddle.

Later on her encounter with Draughter forever changed her beliefs. Although she still disliked humans she became more lenient with them and actually started cooperating. It was mostly blamed however on being outcasted by some of her fellows but her interactions with Draughter made her realize that she only despised the flaws of humans and never bothered to see the good things they do. Her impatience and snarky nature still remained and put her at odds against Chiron.

During the Paraiso Saga she is much more different in comparison to before to the point that she was thought of as a completely different person. For example she became a bit of a narccistic fellow, taking pride in a good human vessel. She now frequently makes jokes about sleeping with other humans and is implied to have done so. In fact it bothered others on how far she can go while her fellow knights only tease her about her lust. That said this seemed to be more of a joke between them and it's not as if she's gonna go after an enemy she took interest in during the midst of combat.

As Omore she takes the form of a young man adorning noble clothes, as he was once a noble that was tricked by her after he attempted to steal their riches. Her build is quite lean and even others would call this form handsome but due to her personality she makes no use of it at all. In this form, she can be a bit vain and even incredibly arrogant, although that mostly stems from her true personality. She's also a bit easier to agitate in this form.

As Susanna she takes the form of one of the natives of Elinnia, a half desert half forested kingdom that are filled with Caninos (Beastfolk) and humans. Unlike her typical vessels Susanna granted herself to her of free will so there's a bit more influence. In this appearance Susanna appears younger and more innocent looking, physically only looking as if she's 17 years old. With a bit of adjustment, she made her become visibly more fit and older although she could do nothing about her dog traits due to being half Canino and half human. Personality wise she takes a bit more upbeat personality being friendlier to others. Sadly for her she could also be tricked to act dog-like by her own allies although some speculate she only does this for fun and this is not a weakness enemies could take advantage of.

Attack Potency: Multi-City Block (Her casual attacks devastated the village she and Chiron were fighting) to Large Island (Their battle in those forms were implied to lead to a stalemate. Draughter compared her magic to being hit by Chiron) Country Level (Was able to conjure a sandstorm that stalled Claudius' armada)

Durability: Multi-City Block to Large Island (Took on some of Chiron's attacks in her vessel's form with little issue) | Country Level (Took on some of Claudius' attacks whom blew away the sandstorm she conjured)

Stamina: Endless (Has never shown to tire with any vessel)

Range: Dozens of meters with typical magic but can be extended to Large Island level | Country level with power

Weaknesses: Vulnerable to being sealed by those powerful enough. Vulnerable to time-based magic and soul damaging attacks. Reliant on Melee attacks. Strong enough attacks can prevent her from healing her vessel.

Retrieved from "https://fcoc-vs-battles.fandom.com/wiki/Bertha_Octavius?oldid=163205"
Community content is available under CC-BY-SA unless otherwise noted.