Ah, now you, Iced. You just might be the first being here to understand: victory over all. I respect that. Pity that it changes nothing.

Azrai is the mysterious final member of the Universe 11 team in the All-Time Tournament, working as a second-in-command to the leader of the Time Rangers Clint, though even the later shows deference to his power.

An artificial being and former Time Breaker designed to harness the very fundamental energies of the universe, Azrai went on a nearly unstoppable rampage through his home universe, until having his core and most of his power sealed by Mirai, the Universe 11 Kai of Time.

Desiring only a meaningful death, Azrai was pledged into service to the Kai for some time, looking for a strong enough opponent to match him, before finally achieving his goal and dying to an extremely powerful attack from Iced in one of the final battles of the All-Time Tournament.

Powers and Abilities: Superhuman Physical Characteristics, Master Martial Artist, Ki Manipulation (Can be used defensively and offensively, to strengthen his skin or to fire ki blasts, which can home in on targets and form defensive barriers), Ki Sensing (The only member of his team capable of this, going into a meditative state to sniff out power levels, even checking those of the divine), Afterimage Creation, Body Control (Can stretch and control his limbs much like a Namekian), Telekinesis, Possibly Portal Creation (Any character equal to or stronger than Super Buu should be capable of performing the Vice Shout through sheer power), Space-Time Manipulation (Created to harness the very energy of space-time itself, absorbed a potential universe's worth of power), Absorption (Of time energy), Self-Destruction (Can make his core unstable to the point of it melting down, taking multiple realities with it), Self-Sustenance (Type 1, possibly type 3 as well), Energy Absorption (Of Universal Energy), Space-Time Manipulation (Can absorb the fundamental energy of space-time itself), Explosion Manipulation

Attack Potency: Universe level+ (Easily the strongest member of Team Universe 11, far stronger than Clint, who fought against and defeated Hit. Defeated Max fairly easily after powering up somewhat, albeit he did feel pressured by him at some points. Kept up with Golden Iced, although was forced to unlock his true power due to him) | At least Universe level+, likely Low Multiverse level (Was stated to have absorbed the power of an entire universe within him. Defeated Jiren in a flashback. Stated to possess enough to cause a cataclysmic collapse of realities, and during his unstable countdown to self-destruction, his core was described as posing the threat of wiping out both Universe 6 and 7 at once due to their proximity)

Durability: Universal level+ (Completely unphased from attacks by Max Stone, only ended up dusted and dirty from his barrages) | At least Universe level+, likely Low Multiverse level (Withstood an extended battle with Iced before being completely destroyed)

Stamina: Possibly limitless, due to being an artificial construct with an entire universe and possibly all of space-time as his power source

Ki: The fighting power and life force of a martial artist, a tangible energy derived from the user's vigor, courage, and mind. It can be used in a number of ways, such as to surpass the limits of one's body to greatly increase in strength, and it can be fired as blasts of energy or used to create defensive barriers. Along with being an artificial being of immense power, ki is the reason for Azrai's incredible superhuman abilities, and he is capable of condensing this energy into various techniques.

Universal Power: The true source of Azrai's immense power, he can absorb the very fundamental energy of space time itself, and use to boost his power immensely, though at the risk of melting down and self-destructing. 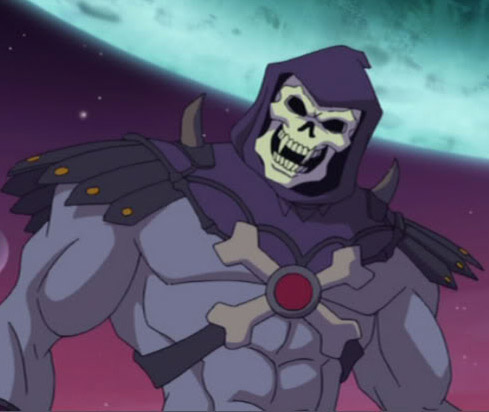