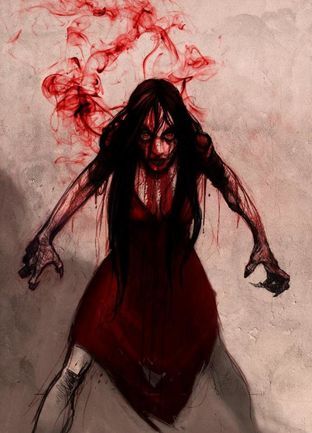 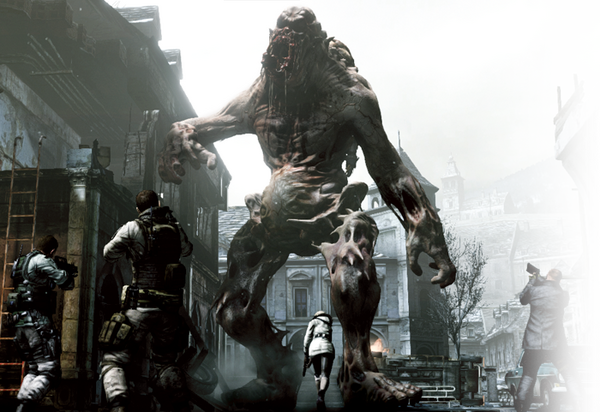 Anita McGrath was an Omega-level Conduit known as The Beast. 40 years ago, Anita became a conduit when she was used as a guinea pig for a device know as a Ray Field Plug, a prototype to the Ray Sphere. The device gave made her into a very powerful conduit, but her powers got out of control and was cryogenicallly frozen in a underground facility in Steel City. She awoke and escaped years later and wreaked havok on Steel City, reducing it to ruins. Anita then stated making her way to Empire City, spreading plagues and unimaginable terrors along the way. Anita's goal: To rid the world of humans once and for all.

Anita McGrath (like Cole Thompson and McGrath) is one of two halves of her counterpart. She is The Beast by power and name. Before her transformation, Anita was kind-hearted and remorseful and like her counterpart, was very dedicated, and showed a great sense of conviction to her work as a scientist. In the early stages of her transformation, Anita's mental state was getting unstable, as she began to discover her abilities. After her "death" and "rebirth", Anita was initially the same as her old self, although, after discovering what she could do, Anita began to have a change of heart. She saw humans as nothing more than bugs needing to be squashed, and would stop at nothing to rid the earth of all humans. Anita began to get ruthless and apathetic towards everyone, including her own family.

Attack Potency: Multi-Continent level (Can tap into and harness the primal energy of the Earth itself. Stated to have the power to tear the world apart and eliminate all life on the planet)

Speed: FTL (Comparable to other Omega-level Conduits who can dodge light beams)

Weaknesses: The R.F.I. can severely weaken and damage her, as well as nullify her powers.

Energy Manipulation- Anita McGrath was a Omega-level conduit. She had the ability to psionically manipulate energy within kinetic atoms, protons, neutrons, electrons and convert the energy into heat, light, or sound. Anita could move, alter, and stop energy within herself, objects, and space. She could take one type of energy and convert it into another, store it within her body, and release it on command. Anita could absorb ambient energy, covert it into life-force, and live solely off of that. Her powers included:

Atmokinesis- Anita McGrath had the ability to manipulate, control, and effect all types of weather.

Weather Resistance- Anita McGrath was uneffected by the weather, including lightning and temperature. She could reverse/counter electrically-based attacks.

Earth-Link- Anita McGrath's powers had created an psychic bond between herself and the primal force of the Earth's biosphere. This bond with the Earth gave her spiritual and material sustenance with an almost empathic sense towards every living thing.

Seismic Energy Manipulation- Anita McGrath was capable of generating and relasing seismic energy and tremendously powerful waves of vibration in any object she came in contact with.

Plague Generation and Manipulation- Along with causing destruction and chaos, Anita McGrath created and manipulated a plauge (that only affected humans) with the energy from her body. The virus gave birth to a new kind of threat, Anita's own mutated beasts named The Corrupted. Her powers included:

Total Power Control- Anita had total control over all of her powers, making her one of the most powerful conduits the world has ever faced.

Semi-Immortality- Anita McGrath's powers could slow the aging process of her body, making her near immortal.

Note: Not to be confused with her main timeline counterpart.

Retrieved from "https://fcoc-vs-battles.fandom.com/wiki/Anita_McGrath_(InFAMOUS_Multiverse:_%22Prime%22)?oldid=162464"
Community content is available under CC-BY-SA unless otherwise noted.